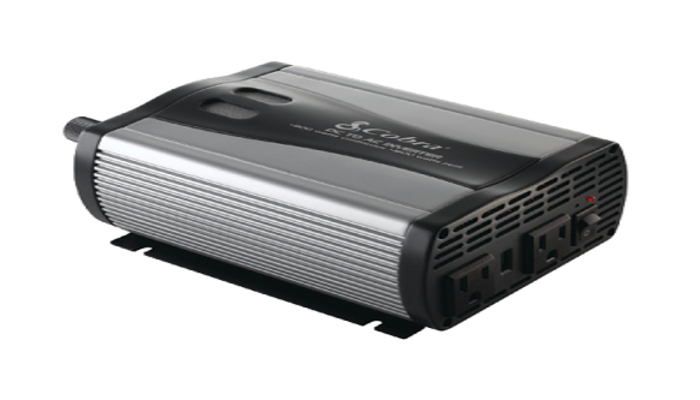 If society were to break down tomorrow, the value of the things we own and the skills we have would be turned on its head. Everybody knows that certain items will be far more valuable after a grid ending event. Stuff like gold, guns, and food are a given in any conversation on preparedness. Skills like hunting, reloading, and first aid would be indispensable, while skills accounting and day trading would be completely worthless.

There are of course, other items that we may be overlooking. While things like gold and guns will be expensive in the future, they’re already quite expensive now. Once you have those bases covered on your preparedness checklist, you can start thinking in terms of “What’s really cheap now, but will definitely be more valuable when the SHTF? What’s going to give me the greatest return on my money?”

With that said, here’s a few barter items you can buy right now, for a fraction of what they’ll be worth when the grid goes down.

If say, there was an EMP type of event to hit America, it would take several years for the grid to be repaired. If it’s a worldwide event it will probably take even longer. Either way, the need for transportation would not go away. However, I don’t see horses making a comeback anytime soon. Even if it takes a decade for the lights to come back on, I don’t think you could breed them fast enough to accommodate the survivors. What would be far more abundant, is bicycles.

Even without maintenance, the current stock of bicycles in circulation would last a long time. The only exception to this would be the inner tube, which is prone to punctures and leakage. So having a fully stocked repair kit would be a good idea. You can keep spare inner tubes for your own bicycles, or maybe even buy a couple more to trade with (most common sizes are 27, 28, and 29 inches). Fortunately, repair kits and inner tubes are both small, and very cheap.

In a society where the medical infrastructure has collapsed, and doctors are hard to come by, vitamin C will become one of the most important nutrients. It will also become one of the hardest to find. As far as food goes, the most obvious source is from fruit.

Consider this though; how much of the fruit in your grocery store comes from hundreds or thousands of miles away? If it comes from the other side of the country, you have to consider what kinds of fruit you can grow in your region. So now let’s say you decide you want to grow your own. You better start now because most fruit comes from trees and bushes that may not produce right away.

As for stocking up on fruit, every method of preservation has been shown to reduce the vitamin C content, and cooking can destroy roughly 50 percent of the vitamin C in fruit. So in all likelihood, what we’re left with is a severe vitamin C gap during any long term disaster. The only way to stock up on it is with supplements. Personally I would recommend ascorbyl palmitate if you’re looking for something a little more potent. Keep them in a cool, dry, and dark place, and in an unopened container. That should keep them viable for a very long time. The bottle I bought a few months ago has a 4 year shelf life.

If our Western society crumbles, we’ll become prone to far more illnesses than we are now, and there will be no medical system to fall back on. For many people after the collapse, Vitamin C may become a matter of life and death.

This one is the most expensive on this list, but it will still become extremely valuable after a collapse. I would argue more so than most electronic devices, because without this item you’ll never be able to charge any of those gadgets.

A power inverter is designed to turn DC power into AC, which is what most electronic devices run off of. During any long term collapse, people will be turning to alternative sources of renewable power, like solar and wind. Almost all of these sources of energy produce DC, so it will be essential to find a way to turn that into AC electricity.

Along the same lines as the power inverter, you might consider getting a DC to DC converter. This piece will adjust any given voltage, into a higher or lower voltage. I’m betting that this gadget will be far more overlooked than the power inverter, which is typically made to turn 12 volts DC into 120 volts AC.

What most folks don’t consider however, is that the sources of energy that will be made after the collapse will be made from improvised parts, and will be highly irregular. Whereas you can buy a solar panel or generator right now that produces something close enough to 12 volts (which is pretty standard), the improvised parts of a post collapse generator aren’t likely to produce the more typical 12 volts that most power inverters are designed for.

If you’re working with whatever scrap you can scrounge up to build a motor or generator, the kind of voltage you’ll be getting is going to be very unpredictable. So a DC to DC converter will go for a pretty penny after the collapse. Being able to adjust the voltage means it’s the only thing that will allow you to connect a homemade generator into a standard converter, and then turn that energy into the AC power to run your appliances.

I believe this item will quite literally be worth its weight in gold during a collapse. Many of you might have heard of it, but for the uninitiated, Polar Pure contains highly concentrated crystallized iodine. It’s held inside a tiny bottle with instructions and a thermometer pasted on the side. I’ve been using the same bottle on backpacking trips for many years without it ever running out. That’s because one bottle of Polar Pure contains enough iodine to purify 500 gallons of water.

If our infrastructure collapses, there will still be a lot of water in most places. It just won’t be safe to drink. And since you can’t go for very long without water, finding ways to purify it will become the top priority for most survivors. Just imagine for a moment, if you were in that situation. How much would you be prepared to trade away for a pocket sized bottle that can clean 500 gallons of water? I bet it’s a hell of a lot more than the 20 dollars it costs now. And if you find yourself bugging out this will probably become your most important item; even more so than a firearm. After all, even in the apocalypse you probably won’t be getting into gunfights every day, but you will be drinking water on a regular basis.

For an even better price, you can buy the iodine crystals in bulk on ebay. Just don’t buy too much, or the government will think you’re making meth. I’m quite serious.

Doomsday Report: THREE MILLION PREPPERS IN AMERICA Are Getting Ready For The End of the World As We Know It