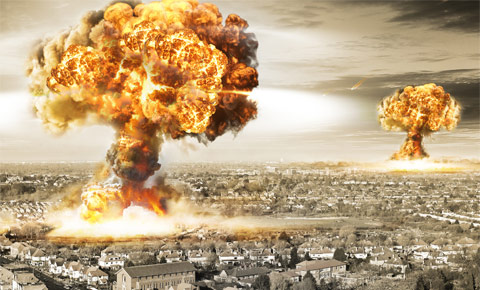 Within hours of the Brussels attacks earlier this month we learned that rogue terrorists presumably operating under the banner of the Islamic State had set their sights on a high-value target so significant that it could have left hundreds of thousands of people dead.

According to investigators, the terrorists who carried out the attacks had been actively planning to take over and/or target a nuclear power plant. They went so far as to plant hidden cameras at the power plant director’s home so they could monitor his movements and even killed a security guard in the process.

The plan, which failed to come to fruition, called not just for suicide bombing several dozen civilians, but for turning Western Europe into radioactive wasteland for the next several thousand years. 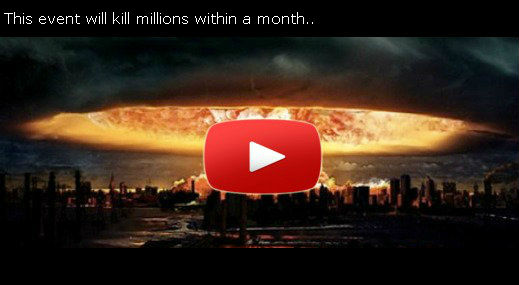 The threat is most certainly real and senior officials from Europe to the United States are now warning of the potential for a large-scale nuclear attack:

Security officials warn that the ingredients for a nuclear device or a “dirty bomb” are alarmingly insecure.

“We know that terrorist organizations have the desire to get access to these raw materials and to have a nuclear device,” said Ben Rhodes, Obama’s deputy national security adviser.

The havoc such an attack could wreak in an urban area such as New York or London is concerning enough that leaders scheduled a special session on the threat during the two-day summit. U.S. officials said the leaders would discuss a hypothetical scenario about a chain of events that could lead to nuclear terrorism.

Officials have known for months that chemical, biological, radiological and nuclear (CBRN) weapons of mass destruction have been smuggled undetected into Europe. In December of last year Swiss police identified and arrested two terrorists suspected of transporting toxic chemical gases and explosives, which were believed to be part of a plot for a future attack.

At this point, with lax border security in Europe and the United States, the potential for coordinated and devastating attacks has grown exponentially. Moreover, as we learned with Brussels where the threat to their nuclear facilities was identified well in advance but nothing was done to improve security, the reality is that the bureaucracy inherent within our governments makes it all the more likely that terrorists will eventually carry out a successful attack using CBRN weapons.

According to officials, here are some scenarios that show how a strike might happen:

The most devastating but improbable scenario involves a group stealing a fully functional bomb from a nuclear-armed country. Most nuclear experts point to Pakistan as the likeliest source, though that would require cooperation with someone on the inside of Pakistan’s military.

Easier to pull off would be for IS or another group to obtain fissile material like highly enriched uranium, then turn it into a crude nuclear device delivered by truck or ship.

A third possibility is that extremists could bomb an existing nuclear facility, such as the Belgian waste plant, spreading highly radioactive material over a wide area.

The most likely scenario that security experts fear is that a group could get ahold of radioactive material, such as cesium or cobalt, for a dirty bomb that could be carried in a suitcase. Those materials are widely used in industrial, academic and hospital settings, with no consistent security standards across the globe. Last year, an Associated Press investigation revealed multiple attempts by black market smugglers to sell radioactive material to Middle East extremists.

And before you think we’re safe here in the United States and this is Europe’s problem, keep in mind that in the summer of 2014 there were multiple incidents of nuclear material being stolen from labs in Mexico. What’s of interest is that the materials stolen are exactly what officials described above –  Cobalt and Cesium-137 – both of which could be used to manufacture a radiological dirty bomb.

How To Prepare For A Chemical, Biological, Radiological or Nuclear Disaster

While the effects of a nuclear detonation or other CBRN related disasters are such that anything in the immediate blast radius will be killed, it is the fall-out after such an event that would have the most significant impact on the population.

In her book The Prepper’s Blurprint Tess Pennington provides a list of  extensive strategies for how to survive a nuclear disaster. The type of disaster, your proximity, and your level of preparedness will determine your specific response.

In short, Tess says Plan “A” is just as you may have guessed – get out of the area:

If you are told to evacuate keep the following points in mind… If you are driving, keep the car windows and vents closed, and use recirculating air.

Due to the fear of panic and gridlock that will ensure from mass evacuations, most governments will delay mandatory evacuations until the last minute. This will only cause mass confusion and chaos at gas stations, grocery stores and on the streets. The best way to prevent this is to stay ahead of the crowd and prepare ahead of time.

If you are evacuating during a CBRN event you better plan on delays. And delays could mean life threatening exposure.

Here are two life saving recommendations to consider, as you and your loved ones will be out in the open:

If you are caught in a situation where you can’t get out, you’ll have to shelter in place. Much of how your Plan “B” will work depends on your location, proximity to threat and existing preparedness stockpiles. For the majority of people out there, you may be at home or at work. Some recommendations from The Prepper’s Blueprint:

If told to stay indoors, turn off the air conditioner and other air intakes and go to a basement. Seal basement windows and entrances to prevent fallout from getting inside. If you go outside you will need to remove your outer clothing before coming inside the shelter.

Likewise, creating a sealed area near the entrance of the shelter will prevent fallout dust from entering. Seal the entryway, bubble wrap or plastic sheeting to prevent the dust from coming in.

Preparing for a CBRN disaster includes a variety of strategies. The Urban Guide For Surviving a Nuclear Attack is a good starting point that covers various devices, taking shelter and dealing with fallout.

The threat of a Nuclear, Chemical, Biologicial or Radiological event is more real today than ever before. While it is widely believed by citizens of the United States and Europe that such an event will be stopped by law enforcement, military and intelligence services, the fact of the matter is that there are thousands of individuals operating in terror cells around the world whose sole purpose is to kill as many people as possible.

They are actively looking for ways to compromise the system.

And they will absolutely do it again. Anyone who thinks otherwise is naive.

Prepare for it, because once it hits it will be too late.