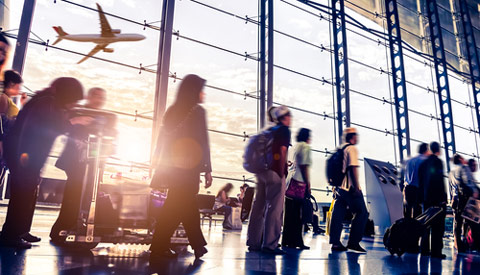 As Americans across the country struggle to understand what is being done to stem the possibility of an Ebola outbreak in the United States, many have come to the conclusion that the first and most effective method of prevention is to keep it out of America to begin with.

That strategy, if there ever was one, has obviously failed now that an infection has been identified on U.S. soil.

This prompted one concerned citizen to launch a petition at the Whitehouse.gov We The People web site calling for a complete ban on air travel to and from Ebola stricken countries.

WE PETITION THE OBAMA ADMINISTRATION TO:
Have the FAA ban all incoming and outgoing flights to ebola-stricken countries until the ebola outbreak is contained

The Ebola virus has reached unprecedented epidemic proportions in West Africa, and has been joined by another unrelated concurrent outbreak in the Congo. Experts had stated it was ‘highly unlikely’ that ebola would show up on American soil.

But now it has, in the City of Dallas, Texas, brought here by an individual who entered our country from the West African nation of Liberia, where ebola is rampant.

The citizens of the US are scared. We do not want any more ebola-infected individuals bringing the epidemic to our shores. The longer we allow people to enter our country from ebola-stricken areas, the higher the chance another person infected with ebola will arrive here, putting ALL of our citizens at risk.

Please tell the FAA to ban ALL incoming flights from any/all ebola-stricken regions.

The publicly posted petition highlights growing concerns that the President, the Centers for Disease Control and medical personnel around the country have failed to develop a clear and concise strategy to prevent the virus from reaching America and isolating it should it be detected in patients on U.S. soil.

Though the CDC maintains that screening procedures for Ebola are in place at the nation’s major travel hubs, it’s clear that the only screenings being conducted are the intrusive TSA security checks that most Americans have been subjected to for several years. Insofar as screenings for those originating their travels in West Africa and arriving in the United States, nothing of the sort is happening.

Ebola Patient Zero Thomas Duncan reportedly boarded a plane in Liberia and lied on his exit questionnaire when he was asked if he had been in contact with any infected people. Duncan traveled on at least three separate airplanes and spent time on layovers during his 23-plus hour journey.

It has been noted that Duncan may have realized he had been in close proximity to the virus and chose to board an airplane so that he could seek better medical care at a U.S. hospital.

In the process, Duncan may have infected scores of others who were in his immediate area at airports, on flights, and when he arrived in the United States.

Current news reports out of Liberia indicate that hundreds of other residents are heading to the airport in the hopes that they can catch a flight out of the country, prompting fears in America that it is only a matter of time before more Ebola infections are identified.

President Obama has thus far maintained that the outbreak does not require travel restrictions.

The petition was created on October 1st and has over 2,000 signatures as of this writing. Over 100,000 signatures will be needed by October 31st before the President and administration policymakers are required to post an official public response.

You can read the publicly posted petition and digitally sign it here.

How could our hospitals be so careless?

Updated Tracking: Here’s Where People Are Being Tested for Ebola

As It Happens: Ebola in America Newsfeed: What You Need to Know

Prepping for an Ebola Lockdown

Here’s Why You Should NOT Panic Over Ebola