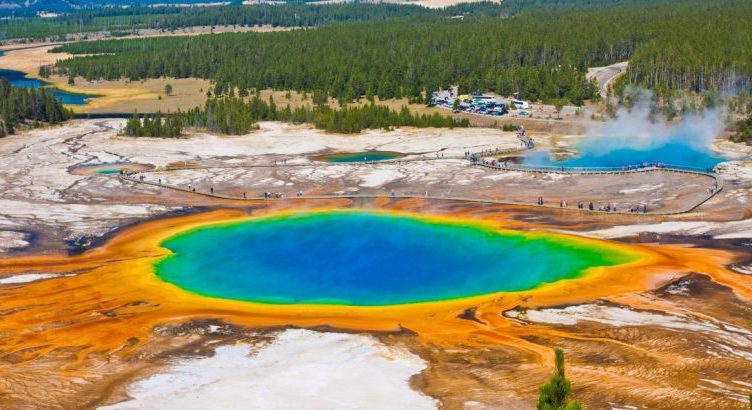 Approximately 640,000 years ago, the Yellowstone Super Caldera, located in the northwest corner of Wyoming, erupted, spewing two hundred and forty cubic miles or rock, dust, and ash into the atmosphere. In modern history, many scientists have warned that it is only a matter of time before the super volcano once again roars to life, but at the same time have downplayed imminent threats to human existence. 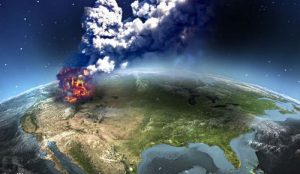 The majority of mainstream science, he says, is either ignorant of the danger or has been suppressed by gag orders and non-disclosure agreements prohibiting discussion of a celestial interloper—Nibiru—which is acting as a catalyst for drastic climatological changes.

“As I’ve said before, the undeniable presence of a brown star in the solar system is wreaking havoc with our climate. And it’s getting worse. The Nemesis star—or any of its planets—don’t need to strike earth to end our way of living. Even if it only gets within thirty million miles, as both the USGS and NASA have predicted, we are going downhill fast. Right now, the Yellowstone situation is dire. Scientists like to be careful and say, oh maybe it will happen next week, next year, or in 50,000 years. But the fact is with each passing day a major eruption becomes more and more likely.”

Dr. Trowbridge asserts that Nibiru is attacking the planet on multiple fronts; its interaction with the sun is propagating heightened neutrino 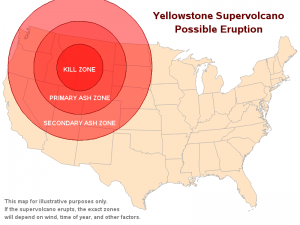 “I have been denigrated by my colleagues for saying this, but a pole shit is underway. It is imperceptible to the human eye, unless you check your compasses or mathematically gauge the position of the sun setting every day. But it is happening. The elevated neutrino emissions and Nibiru-induced seismic instability are markedly increasing the chance of an eruption. I’ve been to Yellowstone four times in the last six months; I know what’s going on out there.” Dr. Trowbridge said.

As reported previously, he claims to have witnessed a joint USGS-NASA operation in the Yellowstone area. He says seismic sensors in and around the park have been tampered with to either produce inaccurate seismic reports or outright fail to record swarms and tremors. Since June, over three thousand quakes have rattled the vicinity. Dr. Trowbridge believes the number to be much higher than is officially being reported. He also claims NASA and the USGS have engaged in a dangerous drilling venture to redirect the flow of superheated magma beneath the surface.

The most damning piece of evidence, he points out, is the rise and fall of the Yellowstone Plateau. Prior to 2004, the plateau raised an average 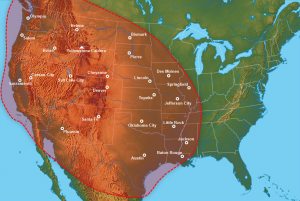 of 0.6 inches per year, an indication of changes in magma chamber pressure. Between 2004 and 2008, that number increased to an alarming three inches per year.

“And now that figure has practically doubled to nearly six inches a year,” Dr. Trowbridge said. “You will never hear this in the mainstream because the government, the scientific agencies, and the mainstream media are aggressively attacking anyone perusing this truth. The closer Nibiru gets, the more danger we are in. I know one thing for sure—I wouldn’t want to live anywhere near the caldera. A cataclysmic eruption is imminent. Yellowstone is ready to burst.”