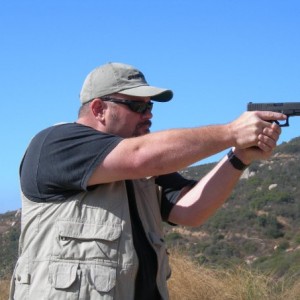 The American people deserve to know the truth about gun control.  Passing strict gun control laws will not make us all safer.  In fact, as you will read about below, even a study conducted at Harvard found that the more guns a nation has the less crime it tends to have.  In other words, there is a very strong positive correlation between more guns and less crime.  This is the exact opposite of what the mainstream media would have us believe, but it makes sense.  You see, the reality is that criminals really, really, really don’t want to get shot.  When you pass strict gun control laws, you take the fear of getting shot away and criminals tend to flourish.  Just look at what is going on in America today.  The places with the highest crime rates are the major cities where strict gun control laws have been passed.  In some of those cities the police are so overwhelmed that they have announced that they simply won’t even bother responding to certain kinds of crime anymore.  The truth is that the government cannot protect us adequately, and that is one reason why millions of preppers are arming themselves and gun sales have been setting new records year after year.  Unfortunately, the mainstream media and many of our politicians seem absolutely obsessed with trying to restrict our constitutional right to own guns.  They are waging a relentless campaign to try to convince the American people that guns are bad.  But is that actually the case?  Of course not.  The following are 18 little-known gun facts that prove that guns make us safer…

#1 Over the past 20 years, gun sales have absolutely exploded, but homicides with firearms are down 39 percent during that time and “other crimes with firearms” are down 69 percent.

#2 A study published in the Harvard Journal of Law & Public Policy discovered that nations that have more guns tend to have less crime.

With just one exception, every public mass shooting in the USA since at least 1950 has taken place where citizens are banned from carrying guns. Despite strict gun regulations, Europe has had three of the worst six school shootings.

#7 Approximately 200,000 women in the United States use guns to protect themselves against sexual crime every single year.

#8 Overall, guns in the United States are used 80 times more often to prevent crime than they are to take lives.

#9 The number of unintentional fatalities due to firearms declined by 58 percent between 1991 and 2011.

#11 The UK has approximately 125 percent more rape victims per 100,000 people each year than the United States does.

#12 The UK has approximately 133 percent more assault victims per 100,000 people each year than the United States does.

#13 The UK has the fourth highest burglary rate in the EU.

#14 The UK has the second highest overall crime rate in the EU.

#16 The city of Chicago has some of the strictest gun laws in the United States.  So has this reduced crime?  Of course not.  As I wrote about recently, the murder rate in Chicago was about 17 percent higher in 2012 than it was in 2011, and Chicago is now considered to be “the deadliest global city“.  If you can believe it, there were about as many murders in Chicago during 2012 as there was in the entire nation of Japan.

#17 After the city of Kennesaw, Georgia passed a law requiring every home to have a gun, the crime rate dropped by more than 50 percent over the course of the next 23 years and there was an 89% decline in burglaries.

#18 According to Gun Owners of America, the governments of the world slaughtered more than 170 million of their own people during the 20th century.  The vast majority of those people had been disarmed by their own governments prior to being slaughtered.

Sadly, you rarely hear any facts like these on the mainstream news networks.  Instead, they give countless amounts of air time to the radicals that are obsessed with gun control.

Related:    The Best Prepper Guns List – Must Have Weapons for SHTF

Democratic strategists have drafted a how-to manual on manipulating the public’s emotions toward gun control in the aftermath of a major shooting.

“A high-profile gun-violence incident temporarily draws more people into the conversation about gun violence,” asserts the guide. “We should rely on emotionally powerful language, feelings and images to bring home the terrible impact of gun violence.”

“The most powerful time to communicate is when concern and emotions are running at their peak,” the guide insists. “The debate over gun violence in America is periodically punctuated by high-profile gun violence incidents including Columbine, Virginia Tech, Tucson, the Trayvon Martin killing, Aurora and Oak Creek. When an incident such as these attracts sustained media attention, it creates a unique climate for our communications efforts.”

You can read the rest of that manual right here. 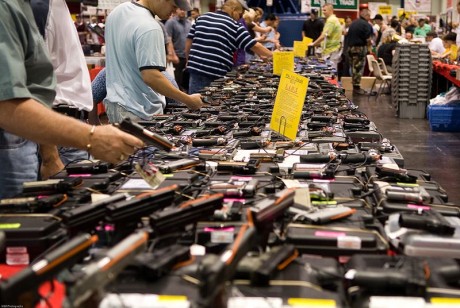 So will those pushing gun control win, or will the American people be able to see through the propaganda and insist on keeping their constitutional right to bear arms?

Doomsday Report: THREE MILLION PREPPERS IN AMERICA Are Getting Ready For The End of the World As We Know It