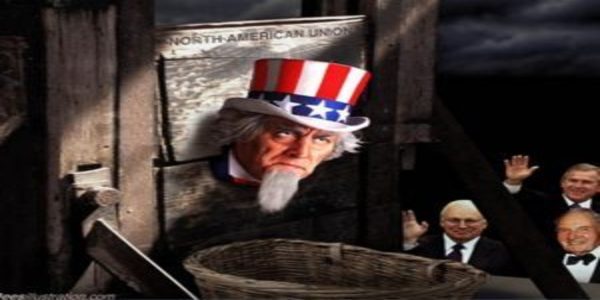 The specific code sent to me will make any American’s hair stand up on the back of their neck. The code is ICD 9 E 978. After reading this code I decided that it was my duty to investigate further and get to the bottom of why we have a medical code in the United States for “Legal Execution.” The Jesuits are behind most conspiracies and this one is no different. Black Pope Execution by Guillotine is painless. Mark of the beast 666. Knockout game. 666 Mark of the Beast

Rev. 20:4 I saw the souls of them that were beheaded for the witness of Jesus, and for the word of God, and which had not worshipped the beast, neither his image, neither had received his mark upon their foreheads, or in their hands; and they lived and reigned with Christ a thousand years.

All executions performed at the behest of the judiciary or ruling authority [whether permanent or temporary] as: asphyxiation by gas beheading, decapitation (by guillotine) capital punishment electrocution hanging poisoning shooting other specified means

HB 1274 – Authorizes the state of Georgia to execute citizens by guillotine:

1- 1 To amend Article 2 of Chapter 10 of Title 17 of the Official 1- 2 Code of Georgia Annotated, relating to the death penalty 1- 3 generally, so as to provide a statement of legislative 1- 4 policy; to provide for death by guillotine; to provide for 1- 5 applicability; to repeal conflicting laws; and for other 1- 6 purposes.

1- 8 The General Assembly finds that while prisoners condemned to 1- 9 death may wish to donate one or more of their organs for 1-10 transplant, any such desire is thwarted by the fact that 1-11 electrocution makes all such organs unsuitable for 1-12 transplant. The intent of the General Assembly in enacting 1-13 this legislation is to provide for a method of execution 1-14 which is compatible with the donation of organs by a 1-15 condemned prisoner.

1-16 Article 2 of Chapter 10 of Title 17 of the Official Code of 1-17 Georgia Annotated, relating to the death penalty generally, 1-18 is amended by striking in its entirety Code Section 1-19 17-10-38, relating to death sentences generally, and 1-20 inserting in lieu thereof the following:

1-22 (a) All persons who have been convicted of a capital 1-23 offense and have had imposed upon them a sentence of death 1-24 shall, at the election of the condemned, suffer such 1-25 punishment either by electrocution or by guillotine. If 1-26 the condemned fails to make an election by the thirtieth 1-27 day preceding the date scheduled for execution, punishment 1-28 shall be by electrocution. 1-29 (b) In all cases in which the defendant is sentenced to be 1-30 electrocuted executed, it shall be the duty of the trial 1-31 judge in passing sentence to direct that the defendant be

2- 1 delivered to the Department of Corrections for 2- 2 electrocution execution at a state correctional 2- 3 institution designated by the department.”

2- 4 Said article is further amended by striking in its entirety 2- 5 Code Section 17-10-44, relating to death chamber apparatus 2- 6 and related matters, and inserting in lieu thereof the 2- 7 following:

2- 9 The Department of Corrections shall provide a death 2-10 chamber and all necessary apparatus, machinery, and 2-11 appliances for inflicting the penalty of death by 2-12 electrocution or by guillotine.” 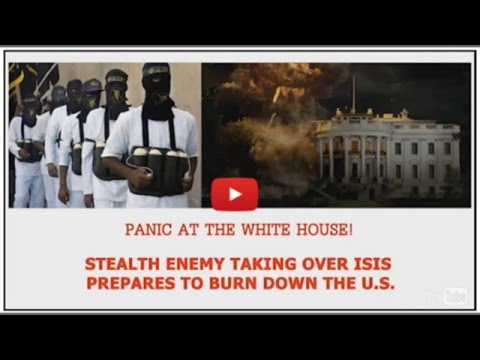 I have a proven confidential source which told me early in the week that foreign troops were arriving in Texas to prepare for the coming civil war. And what specifically are they doing, they will be participating in the UWEX 16 war game which is designed to (1) extract dissidents; (2) engage rogue American military unit who are not on board with the new agenda of the new management which will soon be taking up residence in the White House. Presumably, we are talking about a Clinton presidency.

I decided to sit on this revelation until the commencement of UWEX 16 next week, or until I received on the ground confirmation. Last night, I received confirmation from eye witness at Camp Bullus in Texas. The person is a civilian contractor and had personal contact with several of these invdividuals at an eatery on the base. They were wearing American military units, but were speaking several foreign language. My source said that some troops will come in other the UN flag and some will be brought under the NATO command. I contend that that they have been here since at least last fall. Why should I believe these 2 accounts? Because I warned America about this last fall. Here is some of what I reported late last fall.

Any military intelligence officer will tell you that even the smallest thing could mark the coming of a major event. There is a video going viral that should concern every American who hopes to retain any remnant of the Constitution, including the hope of legally retaining ownership over a gun. Ultimately, the presence of UN personnel in the manner in which we see in the following video, should be disturbing to even the most unaware American.

Why is this UN Multinational Force Observer in Pennsylvania getting gas? For what possible reason would the UN be operating inside the United States? I have been sent this video a half a dozen times in the past 24 hours. Many Americans see this for exactly what it is.

Take a look at this video as a very aware and alert citizen confronts and United Nations Multinational Force Observer.

Tthis was from Decemmber of 2015). I took this sighting of the UN Multinational Force Observer in Pennsylvania to my best sources. They were of the presence of this organization operating within the United States. They told me that this UN personnel are here to “observe” during an United Nations “Police Action” on American soil. The purpose will be solely to impose undeclared martial law and to confiscate American guns.

I have reported, for years, that foreign troops were operating on US soil. Now, we are getting operational specifics.

Foreign occupation forces are training and will be training to overrun this country in a martial law scenario. Why foreign troops? Because American troops might not be able to be counted upon to carry out the orders of subjugation that will come down from this globalist inspired banker-hijacked administration

This past October over 36,000 troops from more than 30 countries participated what NATO calls its largest exercise in over a decade and the exercise is called “TRIDENT JUNCTURE”.

Trident Juncture came in under the cover of darkness and was obscured by Jade Helm 15. The following video emerged last summer.

Why Is This Becoming a Common Sight On US Soil?

The United Nations has no business being rural Pennsylvania or downtown Dallas. We are not under martial law. We have not suffered an invasion or a civil war. Or, are we about to experience one or more of these things. Is the the chest pain before the heart attack?

DOT CONNECTION: Secretary of State, John Kerry, Signs the UN Small Arms Treaty In Violation of the US Constitution 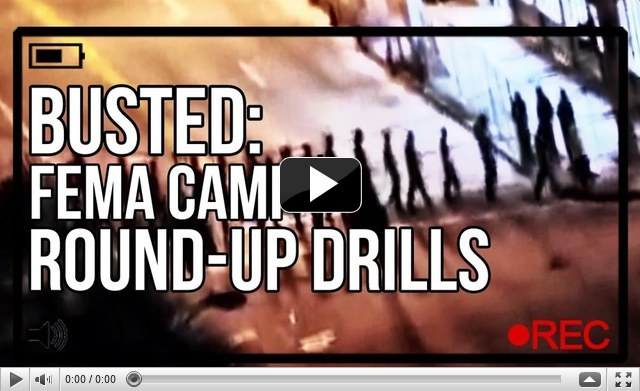 The above photo of Kerry signing the UN Small Arms Treaty reminds me of Neville Chamberlain’s infamous quote about having “peace in our time” after he signed the Munich Accords with Hitler just prior to World War II. Inside of these “accords” contained the seeds for World War II.  Inside this UN treaty lies the destruction of American culture and society as we have known it.

DOT CONNECTION #2: The American Military Is Being Systematically Being Disarmed

Not only does the Obama administration plan to disarm the people of America, they are systematically disarming the military as well while, at the same time, beefing up the foreign troop presence on United States soil.

As UN vehicles continue to deploy into the United States, we are witnessing the systematic disarming of the American Military. DAHBOO 777 first published the following account of the American military disarming itself by putting what everyone thought was excess military equipment into mothballs at underground munitions storage areas such as the one featured below at the Red River facility. The reason that it is quite clear that this is a disarming is that if a rapid deployment of this equipment were ever needed in time of war, the grid lock that would result at a facility like this or any other storage facility constructed in this manner, would prevent the timely and proper deployment of men and equipment.

Merry Christmas From the UN

Merry Christmas from the UN The U.N. Arms Trade Treaty took effect on last Christmas Eve. Even though the theory has very little chance of being ratified by two-thirds of the Senate, Second Amendment advocates are concerned that the Obama administration will use a United Nations treaty as a basis for executive action on gun control as well they should be. Still, others feel that this leftist gun control treaty becomes binding international law and any Executive Action by Obama would merely be an endorsement of our nation’s contractual obligation to  support the UN ban on guns. Enough countries around the world have ratified it so the gun control treaty will now be enforced.

The founders included the words “shall not be infringed” for a reason. And they gave YOU the power to fight against any tyrannical government that would try to take your rights away.

The Most Egregious Portions of the UN Ban

• Article 2 of the treaty defines the scope of the treaty’s prohibitions. The right to own, buy, sell, trade, or transfer all means of armed resistance, including handguns, is denied to civilians by this section of the Arms Trade Treaty.

• Article 3 places the “ammunition/munitions fired, launched or delivered by the conventional arms covered under Article 2” within the scope of the treaty’s prohibitions, as well.

• Article 4 places all “parts and components” of weapons within the scheme.

• Perhaps the most egregious threat to the rights of gun owners in the Arms Trade Treaty is found in Article 5. Under the title of “General Implementation,” Article 5 mandates that all countries participating in the treaty “shall establish and maintain a national control system, including a national control list.” This list should “apply the provisions of this Treaty to the broadest range of conventional arms.”

• Article 12 adds to the record-keeping requirement, mandating that the list include “the quantity, value, model/type, authorized international transfers of conventional arms,” as well as the identity of the “end users” of these items.

I would remind the reader that gun confiscation is not an end unto itself. It is a means to an end. For when the people are finally disarmed, the banking mafia that runs this country can have their way with this country with very little opposition. In the words of Jesus, we would be well-advised to never be without our swords (i.e. guns).

The rumors about FEMA camps are true and I as I have previously documented these troops will be trained to man the campps. iI am calling for more reports on this topic. I warned that this was going to happen, it has been happening and these troops are here to take our guns followed by us.