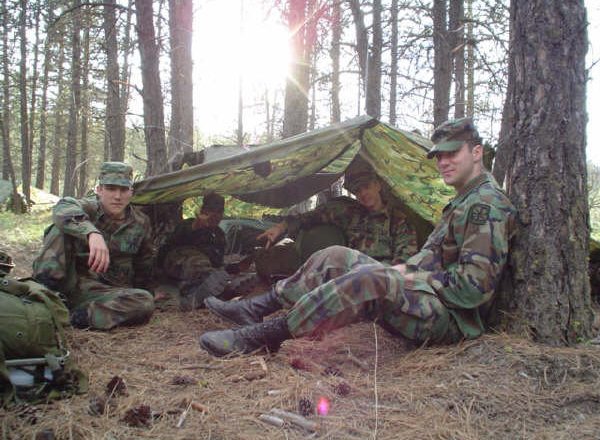 Many billionaires amassed their fortunes by having a keen sense of foresight. A lot of hard work might have been involved, but knowing what to pursue, when and how helped them reach the pinnacle of success and avert disaster along the way. Now, that same remarkable acumen is leading many of the world’s top earners to buy up massive amounts of land across the country and even the world in a move that has survival written all over it.

Many of these wealthy individuals are snapping up property in states like Wyoming, New Mexico, North Dakota and Montana, where they are creating fortified shelters and stocking up on supplies like organic emergency survival food, tools and weapons.

In fact, LinkedIn Co-Founder Reid Hoffman told The New Yorker that he believes more than half of Silicon Valley billionaires have purchased some type of “apocalypse insurance” in the form of underground bunkers or properties, which could provide a safe place to wait out scenarios like nuclear wars, viral epidemics, civil unrest, or electromagnetic pulse (EMP) attacks.

Many of these billionaires also have private planes on standby that can depart the minute something bad goes down, and they have weapons, generators, and motorcycles on hand just in case. Like smart preppers, however, few of these well-known billionaires have admitted publicly that their land is being used for this purpose.

Reddit CEO and Co-Founder Steve Huffman recently spoke about the matter to The New Yorker. He said he underwent corrective laser eye surgery in the hopes of boosting his chances of surviving a disaster, when getting his hands on glasses or contacts would be a big challenge. He also said he has enough motorcycles, guns, ammo and food to last a long time.

“The tech preppers do not necessarily think a collapse is likely. They consider it a remote event, but one with a very severe downside, so, given how much money they have, spending a fraction of their net worth to hedge against this… is a logical thing to do.”

Mayfield Fund Managing Director Tim Chang told the publication that many of his peers meet up to talk about their backup plans, stocking up on cryptocurrency, obtaining second passports, and buying vacation homes abroad that could serve as escape havens. He said that he had been buying a lot of real estate for generating passive income in addition to giving himself “havens” to which he and his family could escape.

Some enterprising companies are catering to this demand. For example, Trident Lakes in Texas is a luxury bunker that promises Defcon-1 levels of preparedness with a golf course, armed security guards, and helipads. Rising S Company, also in Texas, noted a year-on-year growth in custom luxury underground bunker sales of 700 percent in 2016. Their plate steel bunkers can withstand earthquakes and are built to last generations. Survival Condo is a firm that develops luxury condos capable of surviving nuclear attacks. Complete with a gym, pool, and library, these condos cost as much as $4 million apiece.

You might not have billions of dollars at your disposal, but there is still plenty that you can do to give yourself a fighting chance if things go south. It’s never too late to start planning for such scenarios, and as the current political and economic climates continue to head in concerning directions, it could mean the difference between life and death.