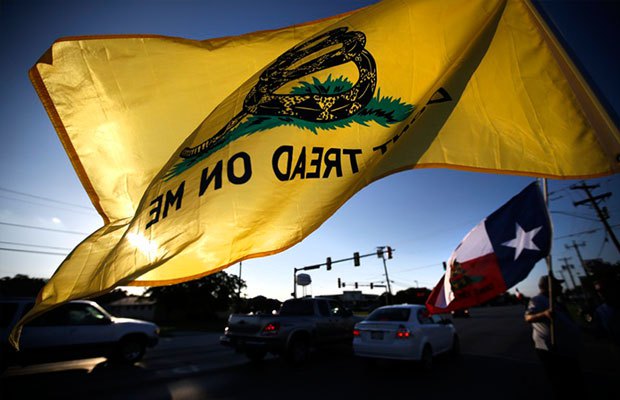 Nations rise and fall as they have done since the beginning of time. Some fear that our nation, the United States of America, is preparing for the final spasm that could literally kick this country over the edge of oblivion and add our sad chapter to the larger story of the history of once great nations that self-destructed. Depending on what you believe the facts are about our current state, this may or may not be in our future. Assuming it is; there are wide differences in opinion about how long this final act may take. All I know for sure is that if we do collapse, as every other nation in our economic and moral situation has before us, it won’t be pretty. In fact if it is anywhere half as bad as I can imagine it will be – considering our current sorry state as humans, it will be awful.

In addition to threatening economic worries and the moral decay forced upon us ever more with each day, we have also heard reports of Jade Helm and rumors around what that secretive military exercise could possibly mean for the future of our country and our military’s role in all sorts of imagined scenarios. From rounding up dissidents, to executing people on the “Red List”, confiscating firearms and on and on. The sense of foreboding from this and our economic news is palpable to me and countless others. Even if none of these rumors were true right now, in a true collapse it only stands to reason – as it has everywhere else, that the nation’s military will absolutely play a role in protecting the government in power. Their role of providing for the common defense will be turned inward and not toward some hostile nation on our shores. If the people are angry at the government, when the straw finally breaks, at some point in the escalation they will have to face the government’s protective arm in the form of their sons and daughters actively in service.

In the worst case scenario, our military forces would be actively hostile towards the citizenry the are supposed to defend. This would no doubt be deemed necessary to “maintain order”. Martial law could be declared, your rights under the constitution could be taken away and your civil liberties, due process, the rule of law thrown out the window under the auspices of continuity of government. None of this is hearsay; the plans for actions just like this are already codified. If you don’t believe me, look up Executive Order 11000 or Executive Order 11921. Those are only two of many executive orders that already have been planned to take absolute control over everything in our country. You can bet that if they are implemented you won’t get your say about how they are implemented. There will be no Supreme Court decisions arguing the merits of these orders. You will simply be forced to comply.

And who is going to enforce these executive orders? Who else is there but the military, police, DHS, National Guard and volunteers chosen for their willingness to help “maintain order”. At a certain point, if we have descended to this level, the military – those same sons and daughters could be your enemy. If that time comes, what do you expect to do?

You can’t win against the military

We currently have the world’s best funded, trained and supported military. Our soldiers have benefited from our nation’s wealth and prosperity. That wealth seems to cry out for war though because we have been actively engaged in conflict somewhere on the earth for more years than I care to count. This constant rotation of battle assignments has trained a large force of soldiers, marines, seamen and airmen to kill without hesitation. Drones destroy targets from high in the air, piloted by people 7000 miles away from the action in some cases. For them, this must be almost like a video game. At some point is it realistic to believe the same drones will be patrolling our skies and targeting civilians in our country who have been labeled as domestic terrorists? 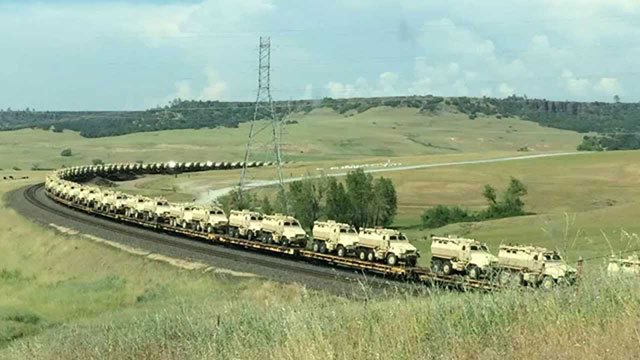 One of the common rebuttals I read in the comments anytime someone is talking about any opposition action against a rogue, tyrannical government is about how futile and useless it would be to even try any resistance. It is because of those well-trained, funded and supported soldiers I spoke of above. You would be foolish to try to stop them and it is true that Revolutions usually don’t end well for the people.

And that is part of my reasoning behind writing this post.

We always seem to be focused on the actions our military is taking that we believe are in direct contradiction of our liberties. We worry about trucks loaded on train tracks and how we could receive a kicked in door in the middle of the night and be whisked away to some FEMA prison camp in the dark or worse, summarily executed in our living room. We see pictures of FEMA coffins and worry about who is going to be filling those boxes. It may come down to your age, your upbringing or your personal value system, but if you want to be prepared to survive I think it helps to consider a wide array of possible outcomes. It may be necessary, God forbid that you will have to fight for your freedom. Your situation and our future may dictate who you are fighting against.

Maybe I am a pessimist when I say the game is rigged. You can’t get politicians to listen to their constituents any more. They simply don’t care, because you don’t pay their salaries. Mega corporations are paying your senators and representatives. Why should they listen to what you want? The judicial system on one level is highly upset about Soccer in other countries, but they could give a rat’s ass about the IRS targeting opposition political groups on our soil or thousands of immigrants pouring over our borders each month. On the other level courts rewrite or create laws out of thin air in direct contradiction to the voters (the citizens’) wishes. All of the sources we use to depend on for justice are tainted. They don’t work for you and me anymore and I think they are getting actively hostile towards us to boot.

There will come a day I fear where we simply will not be able to take to Facebook or blogs like the Prepper Journal and complain. We won’t be able to go on with our day job, checking Drudge Report for the latest news. At some point we may be forced to fight for our survival and unfortunately, the likely combatants would be our soldiers. The people we hail as heroes for going to war for us. The heroes who are valiantly serving today and who likely have only love for their country as their motivation for sacrificing so much. 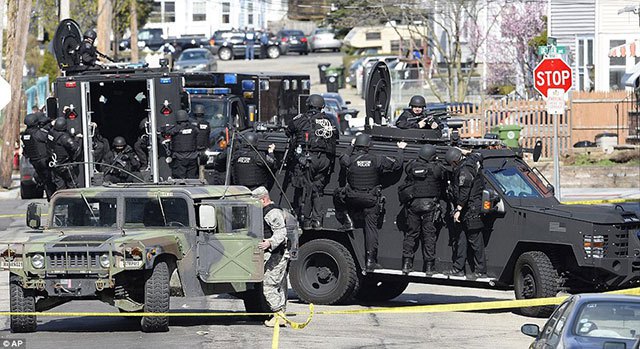 These heroes’ could be our enemies under the right circumstances. Could some defect or refuse to follow orders that hurt or imprison their families or neighbors? Sure I think there could be some of that but our entire military won’t walk off the job. I suspect there would be a shocking and elaborate reason why they feel just in doing what they are told. When it falls to them to enforce the executive orders to take over and control all forms of transportation, mobilize citizens into work brigades, relocate communities, take over all food resources and farms you may find yourself at odds with these sons and daughters. You may find out that your old neighbors are responsible for placing you into internment camps if you quietly go along. What will you do then?

As a former member of this country’s armed forces and someone who has had many relatives serve with honor as well, I don’t say this lightly. I am sure I will offend someone with this post. Others will accuse me of heresy, but I think it deserves a discussion if for nothing else than to hopefully spark a conversation. We have been so focused on what we are afraid the military will do to us. Maybe we should make them think about what  tens of millions of desperate, frightened people – their neighbors, could do to them? Their job is to defend us, not kill us, not lock us up. Maybe our heroes will listen now that the rest of our government has stopped.

There is a quote that has always struck me as very sad and telling from Aleksandr Solzhenitsyn in his book The Gulag Archipelago. Solzhenitsyn was a Russian who was sentenced to 8 years in a Soviet prison camp for essentially writing things about Stalin that the government didn’t like. During this time in Soviet Russia, to stifle dissent, millions were killed or sent to prison camps. In this passage Solzhenitsyn is talking about regret that everyone felt because they simply went along with this tyranny and didn’t oppose it.

“And how we burned in the camps later, thinking: What would things have been like if every Security operative, when he went out at night to make an arrest, had been uncertain whether he would return alive and had to say good-bye to his family? Or if, during periods of mass arrests, as for example in Leningrad, when they arrested a quarter of the entire city, people had not simply sat there in their lairs, paling with terror at every bang of the downstairs door and at every step on the staircase, but had understood they had nothing left to lose and had boldly set up in the downstairs hall an ambush of half a dozen people with axes, hammers, pokers, or whatever else was at hand?… The Organs would very quickly have suffered a shortage of officers and transport and, notwithstanding all of Stalin’s thirst, the cursed machine would have ground to a halt! If…if…We didn’t love freedom enough. And even more – we had no awareness of the real situation…. We purely and simply deserved everything that happened afterward.”  – Aleksandr Solzhenitsyn

Preparing does you no good if you give up everything and march like sheep to the slaughter. There has to be a survival instinct inside you somewhere should you need to use it. I don’t know if that day will ever come, but if it does you may have to look past national pride. We may be the images on the TV that other countries watch of a people fighting for freedom. I don’t want that to happen, but if it does I can’t let who my oppressors are affect my resistance. Would you?