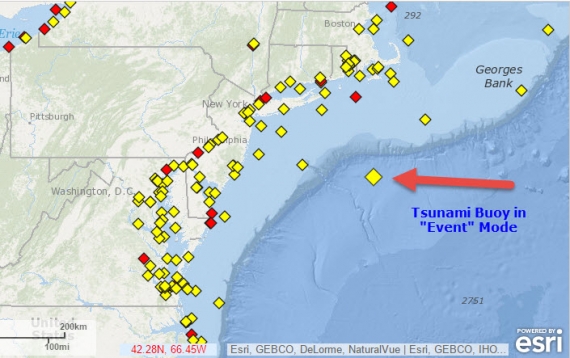 According the the US Government’s National Data Buoy Center (NDBC), some type of “event” in the ocean off the New Jersey coast triggered a Tsunami Buoy!

The buoy recorded sudden changes in water depth of fifty-five METERS  (180 feet) in a matter of seconds.

Here is what the Buoy recorded: 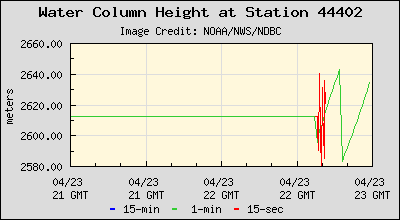 The red colored area is the “event” which triggered the alert.  Below is that same event, expanded to show what actually took place: 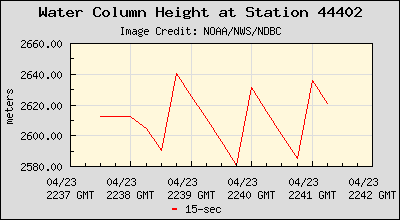 According to the US Geological Survey, there has NOT been any earthquake in the area which might account for such a sudden, dramatic change in ocean depth.

It is possible that the buoy cable to the ocean floor was snagged by a submerged submarine, which dragged it below the surface, then allowed it to pop-up when it became free, but we’re not certain. The US Navy confirms there are no American submarines off the coast of New Jersey, which leaves foreign country subs (Russia, China, North Korea) as a possibility.

Update 8:56 AM EDT — NASA advises that a small meteor could have impacted the ocean in that area, from the Lyrid Meteor Shower, which peaked last night.  Normally, the small meteors from this annual event never make it to the surface of the earth; they usually burn up in our atmosphere before reaching the ground.  HOWEVER, it is possible that a small meteor, perhaps the size of a softball, made it to the ocean and, upon impact at 14,000 MPH, would cause quite a localized wave.  There is no way to verify this possibility.