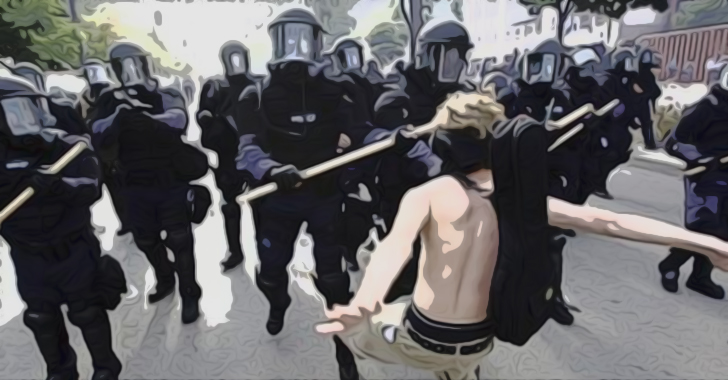 Fascism doesn’t often sweep in overnight and take over some hapless nation’s government; rather, it gradually seeps into the cultural fabric — as is quietly taking place all around the globe, evidenced by an upsurge in sales of riot equipment that has gone largely unnoticed. 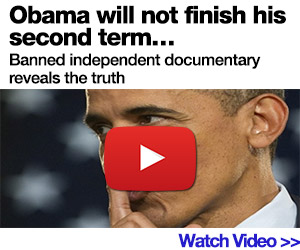 A new report from analysts with industry research group, Sandler Research, forecasts the Global Riot Control System Market for the next four years — but beyond a burgeoning market to parallel the expanding global police state, it appears world governments are also keenly aware of civilian discontent. Sandler predicts the market will have an annual growth of 3.5 percent, and makes a telling juxtaposition, emphases added, involving the United States:

“Law enforcement agencies around the world are the biggest market for riot control systems. This market is expected to generate revenues of over USD 3.5 billion by the end of 2020. Countries such as the U.S., Iran, Egypt, Russia, China, and Thailand have started procuring riot control equipment and are investing heavily in [non-lethal weapons]. Moreover, special vehicles that are equipped with water cannon and reservoirs have been designed for security personnel, for use in areas of conflict to handle large crowds and demonstration. Demand for such equipment is expected to rise during the next few years.”

Note the last sentence in its truncated time frame.

While swaths of the country debate the finer points of which lesser evil should take the helm of the corporate plutocracy, various U.S. law enforcement agencies have been gearing up for the virtually inevitable unrest both during and following those elections.

Militarized police forces have become de rigueur, even in the nation’s smallest towns — but arming law enforcement with the weapons of war, rather than protecting civilians, has birthed a chasm of distrust and animosity on both sides. It isn’t as if this equipment is being produced by a marketplace intent on keeping civilians safe from an ostensible outside threat.

As the report, which does not offer a breakdown of specific agencies it might be referring to (though may in its body which can be purchased for $2,500 here), definitively states:

“Law enforcement agencies use riot control systems to maintain the public order and safety and to enforce laws. They are used to disperse, control, and arrest people involved in riots and protests. Riot control systems include lethal and non-lethal weapons (NWLs), body-worn cameras, armored vehicles, and communications systems.”

As if released in conjunction with one another, a report by Lloyd’s intones the necessity of preparedness as mass civil unrest can not only spark without prior warning, but flare outward, unpredictably — what the insurer calls “Political Violence Contagion.” According to the report, instances of political violence “contagion (pandemics) have become more frequent, and the contagion effect ever more rapid and impactful.”

Considering massive worldwide demonstrations in the U.S. and elsewhere — as people finally grasp how corrupt governments actually are — it becomes apparent in these reports the politicians and their enforcement agencies comprehend the greatest threat to their power. As caucuses and primaries fall into chaos — and the City of Cleveland gears up for the Republican National Convention — voters and nonvoters alike harbor greater disillusionment than ever before.

Cleveland, whose police are currently under federal oversight following a Department of Justice probe that found a general pattern of brutality, plans to spend around $20 million to beef up security measures for the RNC. While part of the sum will focus on training, personnel expenditures, and the like, Vox reported 40 percent will be earmarked for “equipment and supplies” — including, in part, 2,000 sets of full-body riot gear. Additionally, if not ominously, the city “has put out bids for, among other things, 24 sets of ballistic body armor, 300 patrol bikes, and more than 3.7 miles of interlocking steel barriers, all of which can be used to curtail protestors,” according to Vox.

Together, the reports paint a dire prediction — not as much for its illustration of a world in chaos, but for its intimation authoritarian actors may act aggressively to quash even positive and peaceful change by the rest of us.

Shut Up Officer: “If Law Enforcement Officers Want Respect They Can Start By Deserving It”