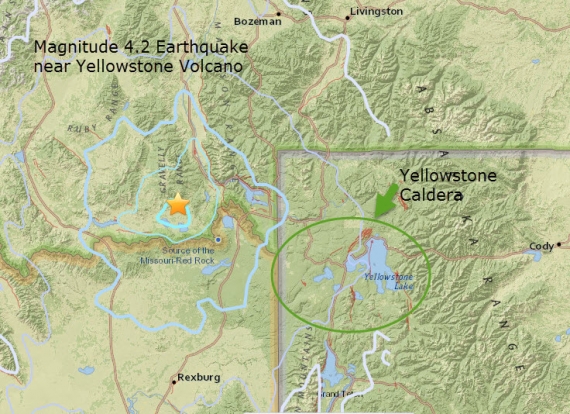 A magnitude 4.2 earthquake has struck just west of the Yellowstone Super-Volcano.  This quake is considerably larger than most in that region.  It took place at 8:14 eastern US time today at a shallow depth of 6.2 miles.

This is how the quake registered on the US Geological Survey seismogram in nearby Montana: 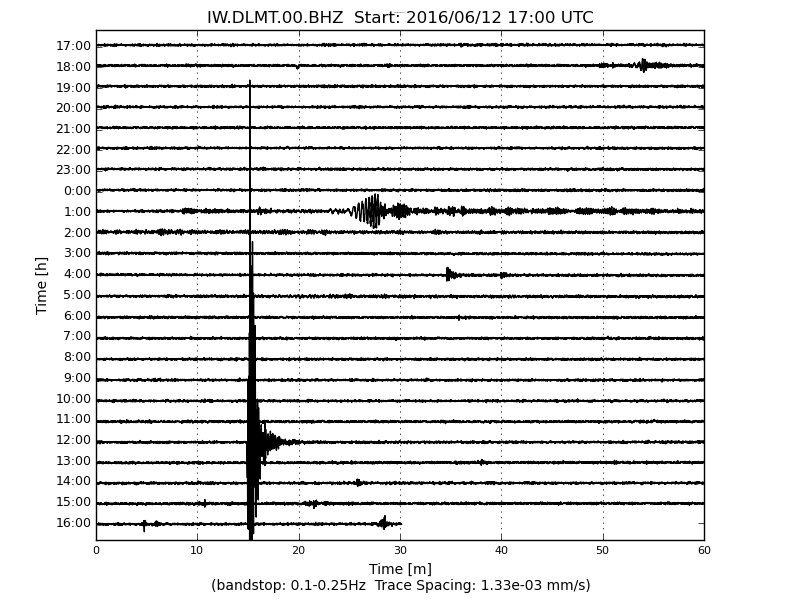 There is no sign of any eruption from Yellowstone, but this size earthquake is unusual and folks within 500 miles should keep abreast of the situation in case the super volcano begins rumbling.

In the event of a potential eruption, everyone within FIVE HUNDRED (500) MILES would have to be evacuated because unlike other volcanoes, Yellowstone is a super-volcano.  An eruption of a super-volcano would affect the entire planet. . . . It’s THAT big and THAT serious.(source)

There are approximately 3,000 earthquakes in the area around Yellowstone every single year, so it is a very seismically active region.  In the event of a full-scale eruption of Yellowstone, virtually the entire northwest United States will be completely destroyed.  Basically everything within a 100 mile radius would be immediately killed, Salt Lake City would literally be toast, and almost everyone and everything in Denver would be dead in short order.

Further away, volcanic ash would rain down continually for weeks.  Those foolish enough to step outside would quickly discover that the ash turns into a substance similar to cement in the lungs, and many would die from suffocation.

The amount of volcanic ash released by Yellowstone would be almost unimaginable.  In fact, it has been estimated that a full-blown eruption would dump a layer of volcanic ash that is at least 10 feet deep up to 1,000 miles away.

Food production in America would be almost totally wiped out, and the “volcanic winter” that would result from a Yellowstone eruption would dramatically cool the planet.  Some have projected that global temperatures would decline by up to 20 degrees.

In the end, the death, famine and destruction that we would experience would be vastly greater than anything that we have ever seen in the history of western civilization.

So yes, there is reason to be concerned that weird stuff is going on at Yellowstone right now.

Let us just hope and pray that we do not see an eruption in 2016 or any time soon.(source)