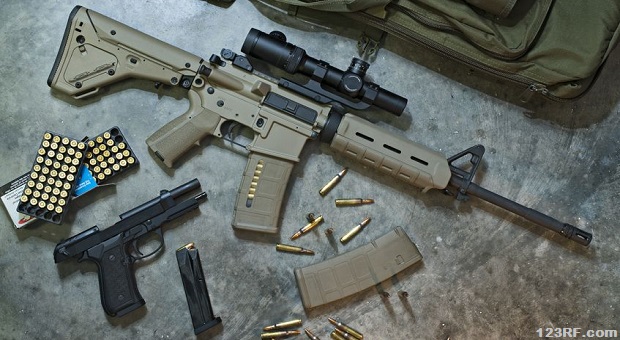 What is the big deal about an 80% lower receiver?  Why would I want to build one when I can just go

out and buy one that is already machined and ready to go?  There are a number of reasons why someone might want to build their own firearm from an unserialized receiver.  Probably one of the most glaringly obvious reasons is that when you build your own firearm using an 80% lower receiver you are effectively cutting out the paperwork and government involvement.   Firearms are made from many different components that must be assembled together in order to function as a firearm.

By Drake T, a contributing author to SHTFBlog & Survival Cache 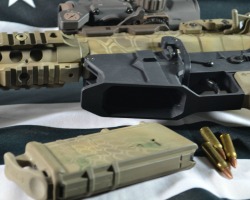 Of these many different pieces there is only one piece that is registered or at least controlled by serial number, that piece is the lower receiver.  You can only legally purchase a finished receiver from a licensed (FFL) firearm dealer.  There are exceptions to this rule such as private party transfers and such, but even private party’s have to have some type of FFL, if they are going to manufacture receivers for sale.  Essentially any non-self manufactured receiver’s serial number has been entered into a database at some point and time.  Whether that database is controlled by the government, the FFL dealer you purchased it from, or another private party, there is a good chance the recording is still in existence somewhere.

The federal government has decided that 80% receivers are not firearms and as such they can be bought and sold without control numbers.  That is, until they are finished out as firearms.  When you drill out the fire control pocket to assemble the fire control mechanisms (trigger, hammer, safety selector) then your 80% receiver becomes a firearm receiver and also a controlled item.  The great thing is that you control everything when you do it yourself, the item and all the information concerning it.  Unless your local government has rules to the contrary, there is no requirement to add a serial number or otherwise register the weapon with any entity.  You can build it out, place it in your safe, take it to the range, or do anything else with the firearm that you can legally do with any other firearm.

There are definitely some benefits to this, whether you are worried about big brother someday coming knocking on you door to try and make you give up your guns, or even some seemingly less sinister but equally disturbing scenarios that could crop up if your name is associated with owning firearms in some type of database.

The ATF & The NRA

The ATF currently uses a program called eTrace.  This allows them to track a firearm from point of 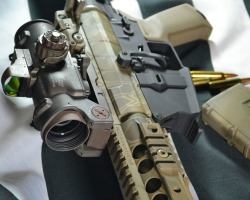 origin sale to the wherever the firearm ends up.  This may help law enforcement solve crimes by figuring out who could have been controlling a firearm at a certain point in time.  The disturbing thing is that the database is also available to over 50 different countries.  It’s not only big government that is working on compiling databases on gun owners, probably the largest and most comprehensive list has been put together by the NRA (click for story).

Recently there was a big uproar about apps that were being created on smartphones that allowed anyone to access locations of homes and businesses where firearms were registered or known/suspected to be present (click for story).

So whether it’s big brother you’re worried about, private industry or your neighbors, building a firearm on your own, is a good way to sidestep being entered into someone’s database for whatever reason they feel like you need to be there.  Has anyone ever watched Red Dawn?  Who’s to say that at some point critical nodes in our government or private industry, including the data systems, couldn’t be hacked or taken over by a less than friendly entity.  I think gun owners would be one of the most important pieces of information that could be gained about the general population.  There have been numerous hacks and data leaks over the last several years by the Chinese and other players in the international arena who are not huge fans of our country or our way of life.

granted.  Our founding fathers placed it right behind the right of free speech.  That is pretty important.  Out of all our Constitutional Amendments it was considered the #2 priority (and arguably #1 could not exist without #2).  At this time it is still legal to build your own firearm.  In California that right was recently challenged by a measure called SB 808 (click for story).  Luckily the measure did not pass, thanks to the citizens and several concerned organizations (such as the NRA, CRPA, CalGuns, and others), throwing their hats in the ring to defeat it.  Here’s a link to a letter from the NRA concerning the measure (click here)

Now that we’ve gotten some of the background out of the way, lets get to one of the positive reasons why building your own firearms is a good thing.  This will appeal to people the same way folks enjoy building their own cars, house, planes, or any other item you can think of.  There is a satisfaction to being able to do things yourself, from the ground up.  It’s one of the cornerstones to being able to gain skills needed in order to survive and prepare in this sometimes-crazy world we live in.  It’s also one of the best ways to truly understand your firearm and the way it works.  In addition, you are no longer tied to just getting the components that come in packages from dealers.  You can pick each part and component carefully to make sure it’s what you want and the type of quality you want to have on your self-built firearm. 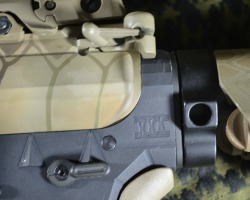 I have looked at a number of options in the 80% receiver category and decided that the AR platform was the one that I felt I had the greatest chance of success in accomplishing a build I could be proud of.    I looked at a number of features from different manufacturers that I liked and tried to find a 80% lower receiver that incorporated them all or better.  What I ended up finding after quite a bit of searching were products from a company called Iconic Industries Inc.  The III 5.56, 80% lower receivers manufactured by this company have integrated all of the features I could hope to find on any receiver, whether 100% complete or not.  They feature a flared magwell, front magwell grips, and modular retention system.  Their quality of manufacture and milspec compatibility made their models a no brainer for me.

With little help from Youtube (click here for video) and a drill press/mill, I finished out one of their 117 Stealth models for my build, which I completed and matched up to VLTOR/KAC Upper which I had a gunsmith assemble.  I installed a Geisselle trigger/hammer group and have put about 500 rounds through my home-built AR, without issue.  At this point I am confident this will be my go-to SHTF firearm.  I am looking at the Iconic Industries Inc, .308, Instigator, 80% lower to use as the foundation for my next build.

If you are considering doing an 80% build yourself, I have a couple of recommendations.  Don’t just 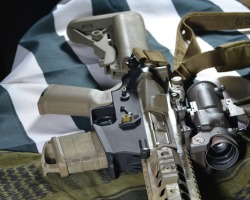 purchase the 80% lower and put it in the safe for a rainy day.  You need to build it out as soon as possible.  It can be time consuming to get all the parts you need, equipment to work on, and heaven forbid you screw something up in the process and need to purchase another one and start over.  You also need to shoot it and make sure everything is functioning correctly.  If this is going to be the only gun you have if all of your other guns are unavailable, you want to feel confident that it will do the job you expect it to do, should the need arise.  If laws are enacted that prohibit us from enjoying this constitutional right in the future, it may be too late to start from scratch.

All Photos by Drake T

About Drake T: Drake currently works as a SWAT sniper with a west coast law enforcement agency.  Drake has spent most of his adult life working in Special Operations billets within the U.S. military and as a direct contractor for the U.S. government on sensitive missions overseas.  Drake is interested in self-sustainability and survival skills as a way to be prepared in case of a natural disaster or other node of power, water, or other critical infrastructure collapse.  Drake feels it’s important to share his knowledge and skills to help other responsible Americans prepare as well.
by Drake T

Keeping Your Guns At The Ready – Do’s And Don’ts

The Top 6 Survival Rifles And Why You Need One