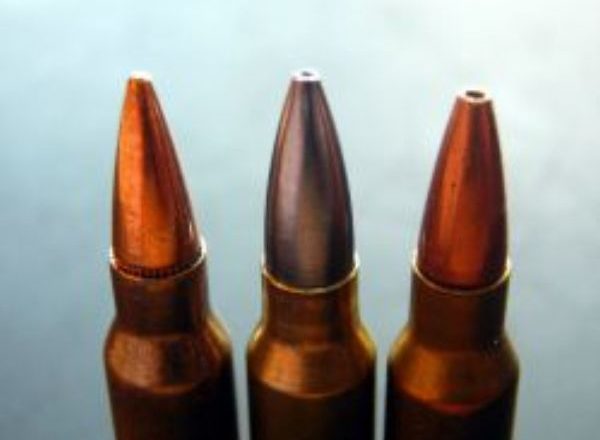 All of a sudden it seems everyone wants to be in the ammo making business.  This has served in great measure to confuse many in the prepper consumer movement as to what constitutes good quality, reliability, value, or junk in terms of purchasing ammunition for survival prepping use and SHTF endurance.  There are many characteristics and manufacturing standards that set apart the many brands and trademarks of ammunition now available within this vast worldwide marketplace.  American survivalist ammunition buyers may find it increasingly more difficult to sift through all these options to balance shootability with affordability.  In many cases it is a very fine line.

Manufacturing Standards of the Top Makers

Years ago I was honored with being selected as an outdoor writer to attend the annual Sako Moose Hunt in Riihimaki, Finland. This event was sponsored of course by the Sako Corporation makers of some of the finest hunting rifles and ammunition on Planet Earth.  Opening in the early 1930s, Sako first began making ammunition then later firearms for the civilian, military, and law enforcement markets.  Sako is now basically owned by a partnership with Beretta, another historically high quality arms maker in Italy.

As part of the moose hunt we toured their gunmaking and ammunition factory in Finland.  One might have thought you were entering a pharmaceutical factory and not a metallurgical environment turning out precision barrels, actions, and some of the finest walnuts to be acquired for rifle stocks.  It was the same on the ammunition side of the plant.  Shop floor workers were wearing either white lab coats or blue jumpsuits to maintain a “clean” environment.  The floors in the machining area were spotless as were the CNC manufacturing centers.  It was an amazing thing to see such a quality controlled manufacturing facility.  This level of quality has been maintained since the factory opened.

I present all this background information to make a point about their ammunition.  While touring the ammunition manufacturing floor, one of the engineers showed me a barrel nearly full of rejected 30-06 ammunition, fully loaded, but with flaws.  He asked me to inspect the cartridges to see if I could spot any of the defects.  I could not.  The engineer then pointed out some of the miniscule marks, scratches, and slightly dented bullet tips on the ammunition from the reject barrel.  He asked me, “What do you think we do with this rejected ammunition?”  I figured they recycled it.  His reply with a big smile was, “We kill moose with it.”  Turns out this rejected ammo could be used by the factory workers for hunting.

Even their reject ammo was plainly good enough for reliable use for hunting by their employees.  Imagine the “quality” of their first rate ammunition that was packaged for retail or commercial sale?  So what is my point here?  If you stick with a well named, well established company with a long running history of producing top quality ammo, then you are not going to have any issues with it.  Sure, there are recalls occasionally on practically any product made, but it is pretty rare with good quality ammunition.  As per usual, remember you get what you pay for even when it comes to ammunition.

As a kid, I grew up hunting with old ammunition brands from companies like Western, Olin, Remington Green, Peters, Western- Winchester, Super-X, Monark, and others.  I sure wish I had all those old ammo boxes back in a collection.  Even in the 50’s that ammo worked, and fired every time.  I don’t ever recall a misfire, except when we allowed some of the old paper hull shotshells to get wet and swollen.  Most of them fired, too.  I never had a brass loaded cartridge fail.  Today, if you buy Remington, Winchester, Federal, or Hornady ammo, the Big Four makers of modern ammunition, you are going to get well made, precision crafted, high quality ammunition for everyday use.  Ammo from these makers will be extremely reliable and highly suitable for survival prep use and SHTF scenarios.

The thing is though you have to expect to pay more for these brands.  Sometimes the prices of these ammo brands exceed their practical value.  Only you can decide if the extra expense is worth a higher level of reliability, consistency, accuracy, and function.  As you know buying anything these days that is well promoted in the marketplace like a Mercedes, or a Keurig coffee machine, you are paying in part for the big advertising campaign.  A good Chevrolet or Ford automobile or Mr. Coffee maker would do just as well to deliver the same end product at much less expense.  Get my point?

There are several other lesser noted brands of ammunition that will perform just as well as the top maker products.  From my experience these include such brands as PMC, UMC (Made by Remington), American Eagle, Speer, CCI, Blazer, PNW Arms, Cor-Bon, MagTech, and DRT.  Some of these brands may be hard to find on retail dealers’ shelves or perhaps in limited quantities.  Preppers may have to search for these additional ammo choices on line or in catalog sources like Sportsman’s Guide or Cheaper Than Dirt or other internet resources.  Be prepared to shop around to find these brands and shop for price, too.  It is debatable why some of these brands have not reached the pinnacle level of some of the top brands, but I suspect it is because of the maker’s unwillingness to spend big dollars to market them.  Their quality seems good, but watch the price points. ammo.  Some of it may be perfectly fine, but I tend to stay away from it.  Much of it is made in foreign countries especially Russia under suspect quality standards despite what the catalog or internet descriptions might say.  Though this ammo may come from old established factories, this neither guarantees quality, reliability nor accuracy.

In the case of much of this ammo, it may be suitable for practice shooting or as a backup to prime ammo choices.  Many of these brands come from the same factories but are often marketed under several different names further confusing the trust factor.  I advise generally to watch for ammo that uses steel cases that are reported to be sprayed with a lacquer or polymer coating to ease the cartridge case fitting into a firearm chamber.  Steel cased ammo is not good for most firearm chambers especially rifles such as the AR-15.  Those chambers are meant for brass not steel.  Brass cases seal to the chamber and release upon firing and extraction.  Steel cases do not always do this and have been known for failures to extract leaving the headless case stuck in the chamber.

Now if you have an old raggedy-butt AK-47 that may have a chrome lined chamber (or may not) then this lacquered steel ammo might work fairly well if the chamber has not been eroded out already by corrosive ammo used in the past.  Just be mindful of that.  If you rely on super cheap ammo, anticipate possible problems.

When buying SHTF ammo here are some guidelines to follow.  Check the packaging for well made, sturdy, good printed, heavy stock paper board.  This implies the maker cares enough to package their products well.  I favor ammo that comes out of the packaging box with each cartridge inserted in a divided card honeycomb or a plastic one.  This protects the ammo during shipping and storage.  This isn’t mandatory, but just a plus.  When you inspect the ammo look for sharp pointed bullet tips, no smashed or bent over tips.  The brass should look new, fresh and bright.  Discolored, scarred, scratched, or dented brass may mean suspect quality.  The primers should be sealed.  Check to make sure the ammo does not use corrosive primers or Berdan primers, which means it cannot be easily reloaded if you choose to.  Look for boxer-primed cases, and non-corrosive powders especially with foreign made ammo.

Here is one final tip about buying SHTF ammo.  Try to buy in quantity.  If you are buying common cartridges that you shoot a lot or want to keep in storage for a bad, rainy SHTF type day like the .223/5.56, 9mm, or .45 ACP, then shop around for 1000 round case prices.  As a rule of thumb for desirable ammo, shop for these prices.  For .223/5.56 use the benchmark of 33.5 cents per round.  Any good brand of ammo case priced at $350 or less for 1000 rounds is a fair price these days.  Try to buy 9mm for 26 cents a round or around $65 for 250 rounds.  The .45 ACP should be bought for about 40 cents a round.  These are basic factory loads with standard “ball” bullets and bullet weights.  If you are buying special hunting ammunition or some of the new self-defense ammo, then expect to pay much more.  Again the trick is to shop around.  By all means don’t be pressured to buy when the political or economic mood sends ammo prices spiraling out of control such as a pre or post presidential election.  Always gauge your needs with your budget.  Buy the best ammo you can afford for front line use.