At first glance, the desert looks barren; it’s dry, with very few plants and even fewer animals. However, at closer inspection, there are many ways to avoid starvation in a survival situation in the desert if you know what to look for. Finding wild edibles in the desert can be a tricky thing but with the proper knowledge, you won’t starve.

The first thing you need to know is that not every plant or bug is edible. Some are even poisonous so it’s crucial that you know the difference. If part of your survival plan includes venturing into the desert, we recommend adding a book about edible and poisonous desert plants and bugs to your bug-out bag so that you’re not depending upon memory.

The primary desert in the US is the Sonoran Desert and there are more than 540 edible plants that natives have been using to survive and thrive for hundreds of years. You may not get fat from them but you will stay alive, which is all that matters in a survival situation. Though we can’t hit all 540-plus edibles here, we’re going to touch on some of the most common and easily accessible.

Your most pressing need is going to be water (and shelter of course, but that’s a different article) because you can live for 3 weeks with little to no food, but only about 24 hours before your body starts to shut down from dehydration. Eating will increase your body’s need for water, so if you don’t have water, don’t eat until you find a source.

Fortunately, there are sources of water in the desert in the form of plants, and we’ll get to that in a bit. 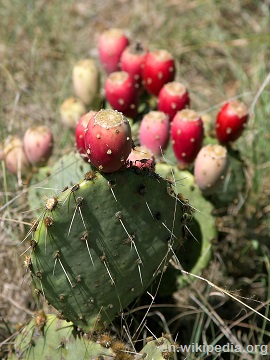 One of the first tips for finding foods in the desert for survival that you’ll be happy to hear is that all cactus fruits are edible.

They may not all taste fabulous, but you can eat them and they are often good sources of water and nutrients. One of the more pleasant cacti to eat is the prickly pear cactus. It’s about 85% water and has a high sugar and fiber content.

The light green, spiky leaves, often called pads, are often boiled or eaten raw in salads. The flowers are a beautiful dark pink color and are edible.

The fruits, oddly enough called tuna, are actually tasty. They’re fruity tasting and are often dried and candied but they’re good raw, and they have a decent water content so it’s a good bang for your buck. 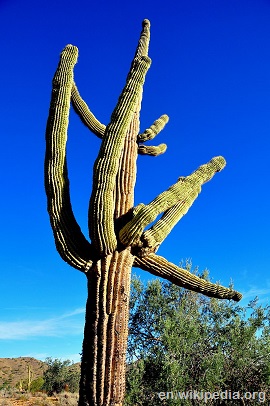 These are plentiful in the desert and can grow to be 45 feet tall and live to be 200+ years old!

They produce edible white flowers with yellow centers in the early spring – May or so – and bear edible large pink and red fruit during the next couple of months.

This cycle ends around June but even if you aren’t fortunate enough to find a flowering, fruiting saguaro, you can still benefit from the spongy, fibrous interior that acts as a sponge for storing the water in the plant. You can eat it and extract the water from it to survive. 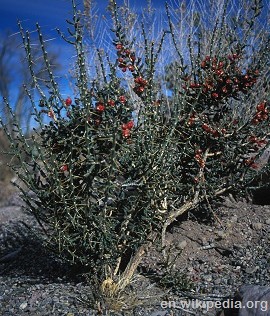 This little cactus looks like scrubby shrubs and grow to be about 2 feet tall.

They’re often found alongside bushes and produce little red berries with spines on them, but you can scrape them off with a knife.

The berries taste a little like strawberries and are a good source of vitamins, including vitamins C and A.

The seeds of this plant are extremely nutritious and provide good short-term energy.

Also known as golden chia or desert chia, this short plant with dark purplish spiky balls with periwinkle-colored tiny flowers and textured leaves can be eaten raw or used as seasoning for soups and stews.

The entire plant is edible. It’s usually about 10 inches to 2 feet tall and looks like a bush, or in particularly dry areas, may grow as an individual flower. 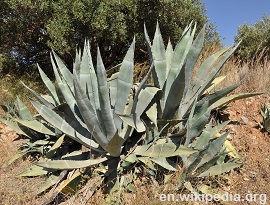 Agave plants look sort of like aloe and vary in color from almost blue to bright or dark green.

The entire plant, including leaves, flowers, stalks and seeds are edible on many species though some are too dry to be eaten. They’ve historically been used to make string, baskets, rope and shoes. 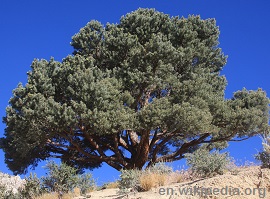 There are actually two varieties of the pinyon pine and they look like a combination of a Christmas-type pine tree and a pine tree that grows in a bushy shape.

The seeds, known as pine nuts, are packed with nutrition and are also delicious. The pitch from these trees makes a great glue. 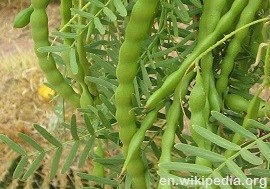 Mesquite trees produce pods that look sort of like beans.

You can dry them and grind them into a flour that can be mixed with water to be eaten raw or baked into a cake. 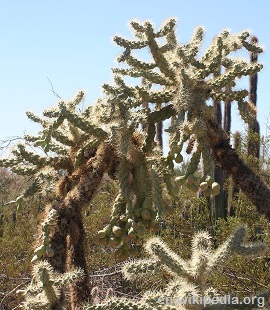 Hikers hate these prickly plants but if you’re trying to survive, chollas are your friend.

The flowers and seeds are edible and nutritious.

The plant is bushy and covered in spikes that can be quite painful to touch.

Be careful harvesting the flowers but don’t pass them by just because they look intimidating! 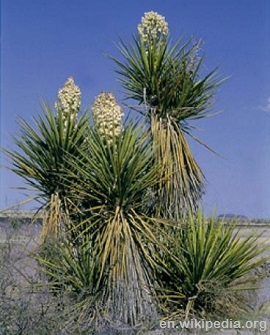 Yucca plants are made of many spiky leaves that fan into a round plant and they grow fruit in the summer time that’s great grilled or can be eaten raw.

The leaves are oily and can be eaten by removing the outer skin and boiling the insides. You could eat it raw if you have to. The roots of the plant are edible, too.

If you do eat the roots, they contain saponin which can be toxic in large amounts. You can boil them to remove most of the saponin. Just FYI, there have been no reported deaths from eating raw yucca root but I wanted to let you know about it.

What NOT to Eat

Don’t eat any plant that has a milky sap – it’s poisonous. Also, don’t eat ANY red beans. If possible, boil plants before you eat them and do tests on plants that you’re not sure about. Rub some on a small spot of skin. If you don’t have a reaction within 15 minutes, try rubbing it on your lips. If you don’t get a reaction in 15 minutes, put some in your mouth, again for 15 minutes. Chew it and keep it in your mouth for 15 minutes.

If you still don’t have a stinging, burning or itching sensation, swallow it and don’t eat anything else for at least 12 hours. If you don’t get sick, the plant is probably edible. This may seem like a huge process but if push comes to shove, it’s a way to test for edibility.

We know for a fact that we didn’t come even close to listing all of the edibles in the desert. We’d love to hear more suggestions from you in the comments section below!