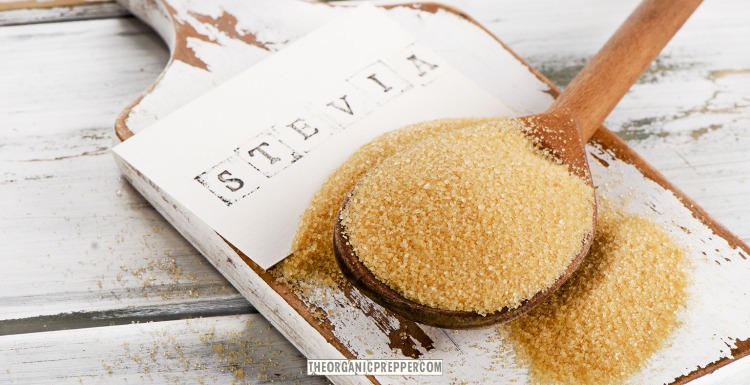 Sugar is yet another thing that can be difficult to come by these days. It was rationed during the lockdowns and has risen in price along with everything else. And it’s in everything, usually in the form of high fructose corn syrup (HFCS). Processed sugar causes many health problems, from chronic inflammation to cardiovascular disease.

Diabetics have to monitor sugar levels carefully, and sugar isn’t good for the keto diet crowd either. So why not look for some healthier alternatives? Some of these can even be grown in the garden!

Stevia is one of the alternatives that can be grown in the garden. In fact, I saw some for sale when I visited my local garden center, so I’d think the plant is easily available elsewhere. The leaves are processed to extract the sweetener. Stevia does have both benefits and downsides, so some due diligence can’t hurt. While stevia can act as an appetite suppressant, preliminary research has suggested that it’s harmful to the gut biome. Stevia is suggested as a sugar alternative for diabetics as well.

This site shows an alcohol-based extraction process requiring only stevia leaves and vodka. I’m sure other alcohols such as Everclear would work just fine.

Monk fruit is actually native to southern China but can be grown in the US if given the correct conditions, namely subtropical. It’s received the GRAS (generally recognized as safe) classification, and preliminary research has shown it safe for children, pregnant/breastfeeding women, and diabetics. If it can’t be grown in your zone, there are a number of sellers online.

(Looking to keep your pantry fully stocked no matter what comes? Check out our free QUICKSTART Guide to building your 3-layer food storage plan.)

Not to be confused with the “other” beet, sugar beets have been cultivated for centuries for the sugars. This is a long time to mature crop, requiring 170-200 days along with mild temperatures and a cold snap at the end of the growth period for maximum sucrose production.

For those with shorter growing seasons, such as myself, this might be a good use of a Kratky apparatus, perhaps a large tote, since this is a root crop, and root crops aren’t really suited to small reservoirs. A cold snap can be easily provided by putting the plant outside or in a cooler area, such as a basement, under lights.

This is a perennial in subtropical regions but can be grown as an annual in more temperate zones. It’s grown from rhizomes, which can be harvested and eaten in a variety of ways. This site gives some interesting history along with a cultivation and care guide.

The overall process of making the syrup is pretty simple: peel, boil, scrape off the foam and keep boiling & stirring until it has a consistency resembling honey. Pour into a sterile jar and store. It should be good for up to one year.

This stuff was gold in our house as I was growing up! It’s made from the sap of the maple tree and does take quite the process to make, but it is readily available at farmer’s markets in my area. Not cheap but very, very yummy with a number of health benefits.

These benefits include a high level of antioxidants along with a number of vitamins and minerals. Some research suggests benefits to both the heart and immune system. By buying it locally, you’re supporting your local small business. What’s not to love? However, this should probably be avoided by those on a keto diet since it’s high in sugar and carbs.

Another natural source of sugars, raw honey contains a number of antioxidants as well as bee pollen and bee propolis, a resin-like material bees use to build hives.

Honey of both kinds possesses wound-healing, anti-bacterial, and anti-inflammatory properties and has been used in medicine for hundreds of years. This is another thing that’s likely best purchased unless you’re a beekeeper yourself, and as such is another wonderful way to support small businesses. Please note that honey should be avoided if you’re on the keto diet, being another food that’s high in sugar and carbs.

The point is that you have options.

Obviously, there are a number of artificial sweeteners on the market, from saccharin to aspartame and a host of others. These are commonly used in foods from juice to soda and, as such, are highly processed. Some believe these things cause a host of health problems. Others believe differently.

I believe in whole foods, which have sustained our human race for centuries. Since we’re modifying our diets for various reasons, why not take a look at the level and forms of the sugars being consumed? Anyone who doesn’t like what they see and would like to make changes has some alternatives, and these days the more local our supply chain is, the better. Wouldn’t it be a total hoot if adjusting to the problems of the last few years actually improves our diets and our health?

What sugar alternatives do you use? Please tell us in the comments below!

Here Are Some Ways to Make Your Own Power

DIY Water Well in a Day

A Prepper’s Guide to Biogas as an Alternative Fuel