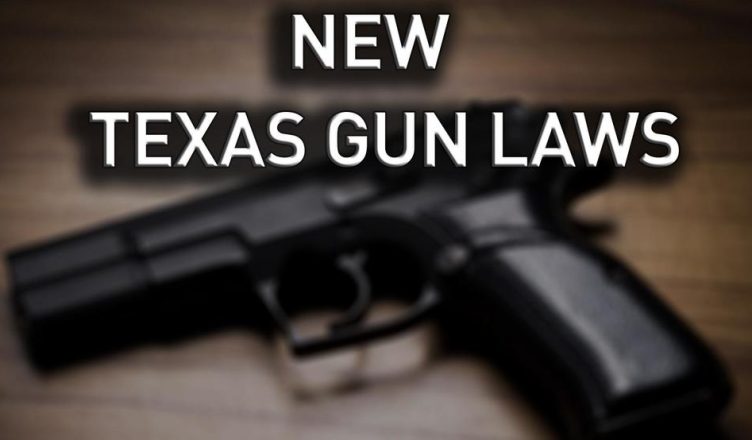 Firearm laws in Texas became less restrictive on Sept. 1, with changes including greater ability to carry guns in houses of worship and on school grounds, to the benefit of law-abiding citizens wishing to use guns for self-defense.

The 10 new laws now in effect were passed in Texas Legislature’s last session, which concluded in June, USA Today reported. All of the bills were sponsored by Republican members of the lawmaking body and had the backing of the Institute for Legislative Action, the lobbying arm of the National Rifle Association (NRA).

“We have learned many times over that there is no such thing as a gun-free zone. Those with evil intentions will violate the law and carry out their heinous acts no matter what,” State Rep. Donna Campbell said in a statement. “It makes no sense to disarm the good guys and leave law-abiding citizens defenseless where violent offenders break the law to do great harm.”

Following mass shootings in El Paso and Dayton, Ohio, in which at least 31 were killed, the NRA said in a statement they “will not participate in the politicizing of these tragedies.”

“Our deepest sympathies are with the families and victims of these tragedies, as well as the entire communities of El Paso and Dayton,” the Association said, adding: “The NRA is committed to the safe and lawful use of firearms by those exercising their Second Amendment freedoms. We will not participate in the politicizing of these tragedies but, as always, we will work in good faith to pursue real solutions that protect us all from people who commit these horrific acts.”

Under the new framework, it will be easier to possess guns in places of worship like churches, mosques and synagogues, foster homes, public school grounds, and apartment buildings.

As an example, The Texas Tribune reports the changes pertaining to possession of guns in rental units means “landlords won’t be able to prevent tenants or their guests from carrying a firearm.”

Places of worship, meanwhile, will still be able to prohibit guns if they choose, The Dallas Morning News reports, but doing so will require giving “notice to their congregations.”

“The existing statute is confusing and clunky when it comes to clearly stating the rights of licensed Texans to carry on the premises of a church,” said Senator Campbell. She added that the new bill “provides clarity of the Legislature’s intent to treat churches in the same manner as other privately owned establishments in Texas.”

Law-abiding gun owners will now also have greater discretion to carry firearms for self-defense in the wake of a natural disaster.

Current Texas gun laws are considered relatively relaxed, but they mirror federal regulations in many ways. According to Texas law, you can buy a rifle at age 18, and buy a handgun at age 21, according to The Texas Tribune.

Texas law prohibits felons and people who hold domestic violence convictions from owning guns. Licensed gun dealers are required to conduct background checks on firearm sales, unless the buyer already has a license issued by the state, according to the Tribune.

Texas does not require a license to carry a rifle in public but does require them for handguns. By 2018, over one million Texans had handgun carry licenses, the Tribune reported.