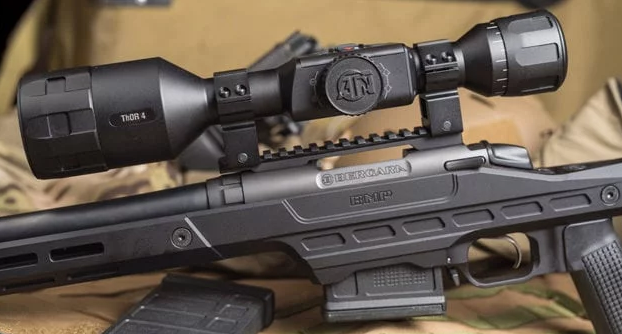 The Department of Justice on Thursday filed a court order stating they want Apple and Google to hand over the information of more than 10,000 gun owners. The DOJ wants the information of gun owners who use the mobile app called Obsidian 4, which allows rifle owners to calibrate their scope using their cell phone, Forbes reported.

The government wants users’ data as part of a larger immigration and customs enforcement investigation into breaches of weapons export regulations. Specifically, the DOJ is looking into illegal exports of American Technologies Network Corp’s, the owner of Obsidian 4, scopes.

It’s looking into illegal exports of ATN’s scope, though the company itself isn’t under investigation, according to the order. As part of that, investigators are looking for a quick way to find out where the app is in use, as that will likely indicate where the hardware has been shipped. ICE has repeatedly intercepted illegal shipments of the scope, which is controlled under the International Traffic in Arms Regulation (ITAR), according to the government court filing. They included shipments to Canada, the Netherlands and Hong Kong where the necessary licenses hadn’t been obtained.

“This pattern of unlawful, attempted exports of this rifle scope in combination with the manner in which the ATN Obsidian 4 application is paired with this scope manufactured by Company A supports the conclusion that the information requested herein will assist the government in identifying networks engaged in the unlawful export of this rifle scope through identifying end users located in countries to which export of this item is restricted,” the government order reads. (The order was supposed to have been sealed, but Forbes obtained it before the document was hidden from public view.) There’s no clear stipulation on the government’s side to limit this to countries outside of America, though that limitation could be put in place.

It’s unclear just whom ICE is investigating. No public charges have been filed related to the company or resellers of its weapons tools. Reports online have claimed ATN scopes were being used by the Taliban.

If the judge agrees to this unprecedented move, the tech giants will have to provide the DOJ with the names, phone numbers and IP addresses of everyone who downloaded the app between August 1, 2017 to now. The government also wants to know when each person utilized the app.

Should the tech giants have to hand over users’ data, this would be a huge violation of public trust. It would be a fishing expedition. And who would suffer? The greater public and gun owners in particular. Allowing this request to go through would create dangerous precedents. The most dangerous aspect though is the government being able to pinpoint every single person and every single firearm a person has. It’s a form of a gun registry…without calling it that.