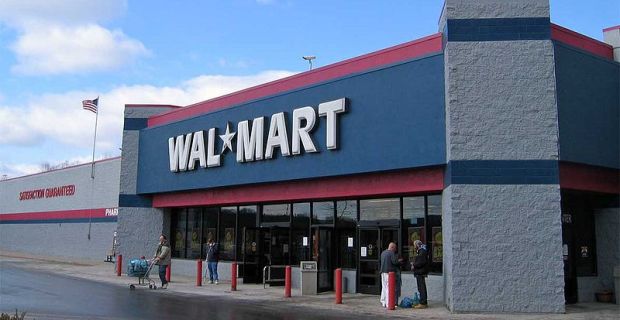 You may find what is happening at one Wal-Mart in Ohio very hard to believe.  At the Wal-mart on Atlantic Boulevard in Canton, Ohio employees are being asked to donate food items so that other employees that cannot afford to buy Thanksgiving dinner will be able to enjoy one too.

You can see a photo of the donation bins that has been posted on Twitter right here.  On the one hand, it is commendable that someone at that Wal-Mart is deeply concerned about the employees that are so poor that they cannot afford to buy the food that they need for Thanksgiving.  On the other hand, this is a perfect example that shows how the quality of the jobs in this country has gone down the toilet.  Wal-Mart is the largest employer in the United States and it had operating income of 26.5 billion dollars last year.  Wal-Mart is not required to pay their employees a decent wage, and it is very unlikely that anyone will force them to.  But they should.  Because Wal-Mart does not pay decent wages to their employees, the rest of us end up with the bill.  As you will see below, huge numbers of Wal-Mart employees end up on Medicaid and other government assistance programs.  Meanwhile, those that control Wal-Mart continue to enjoy absolutely massive profits. 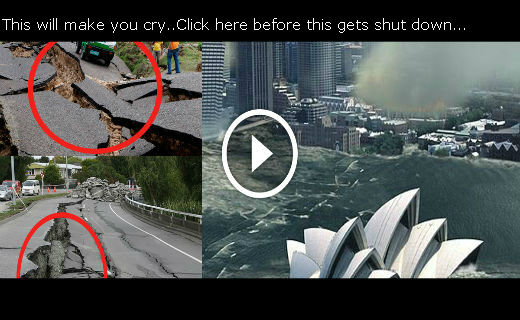 The following is a short excerpt from a local news story about the donation bins that have been set out at the Wal-Mart in Canton, Ohio.  As the story notes, this does not appear to be a nationwide program, and the donation bins are only available in an employee-only area…

The storage containers are attractively displayed at the Walmart on Atlantic Boulevard in Canton. The bins are lined up in alternating colors of purple and orange. Some sit on tables covered with golden yellow tablecloths. Others peer out from under the tables.

This isn’t a merchandise display. It’s a food drive – not for the community, but for needy workers.

It just seems really crazy that the largest employer in the country pays so little that some of their employees cannot even afford to eat Thanksgiving dinner.

Is this what the future of America is going to look like?

According to official Wal-Mart numbers, more than half of their hourly workers make less than $25,000 a year.

That breaks down to about $2,000 a month before taxes.

Could you survive on that?

Could you afford to support a family on that?

It turns out that a lot of Wal-Mart employees simply cannot get by without financial help from the government, and the numbers are staggering.  A recent Businessweek article discussed one study that found that 300 employees at just one Wal-Mart in Wisconsin actually receive a combined total of nearly a million dollars a year in public assistance…

“A decent wage is their demand—a livable wage, of all things,” said Representative George Miller (D-Calif.). The problem with companies like Wal-Mart is their “unwillingness, not their inability, to pay that wage,” he said. “They hand off the difference to taxpayers.” Miller was referring to a congressional report (PDF) released in May that calculated how much Walmart workers rely on public assistance. The study found that the 300 employees at one Supercenter in Wisconsin required some $900,000 worth of public assistance a year.

And according to Politifact, in many states Wal-Mart employees represent the largest single group of people enrolled in the Medicaid program…

In Florida, Wal-Mart topped all companies operating in Florida with the largest number of employees and family members (12,300) eligible for Medicaid, according to a 2005 Tampa Bay Times story. Wal-Mart also ranked highly (No. 2) for dependents enrolled in Florida Healthy Kids or KidCare, trailing Miami-Dade County employees.

In Missouri, where Wal-Mart is the largest employer behind state government, the state’s social services department determined Walmart employees outnumbered all others with employees and family members enrolled in MO HealthNet, the state’s Medicaid plan, in the first quarter of 2011. However, at almost 14 percent, it did not represent the highest percentage of workers enrolled or responsible for an enrollee (Dollar General, for instance, was much higher at 42 percent).

And in Pennsylvania, a 2006 PhiladelphiaInquirer investigation revealed the company had the highest percentage of employees enrolled in Medicaid. One in six of Walmart’s 48,000 Pennsylvania employees were enrolled in Medicaid, costing the state about $15 million a year (it’s likely higher because the Inquirer’s story did not cover employees’ dependents on Medicaid, or any other public assistance such as food stamps).

This is a disgrace.

Your taxes and my taxes are going to subsidize Wal-Mart.

Meanwhile, the six heirs of Wal-Mart founder Sam Walton have as much wealth as the bottom one-third of all Americans combined.

So why do people still work there?

Well, because there is a huge shortage of jobs in this country.  As I noted yesterday, the total number of working age Americans without a job has increased by 27 million since the year 2000.

Right now we have a growing unemployment crisis in this country that is being seriously downplayed by the mainstream media.

According to John Williams of shadowstats.com, if long-term discouraged workers were still included in the official government employment figures like they were back in 1994, then the broadest measure of unemployment would now be approaching 25 percent.  In fact, according to his charts unemployment in the U.S. is now worse than it was at any point during the last recession.

And even the New York Times is admitting that long-term unemployment in America is up by 213 percent since 2007.

At this point, there are millions upon millions of desperate Americans that will take just about any job that they can get.

Meanwhile, the quality of the jobs in this country continues to go downhill very rapidly.

For example, did you know that about 40 percent of all U.S. workers actually make less than what a full-time minimum wage worker made back in 1968?

And did you know that 65 percent of all American workers make less than $40,000 a year before taxes?

For much more on this, please see my previous article entitled “15 Signs That The Quality Of Jobs In America Is Going Downhill Really Fast“.

At the same time, the good paying high tech jobs that our politicians have been promising us continue to disappear.  For instance, 19,507 biopharma jobs were eliminated between January 1, 2013 and October 31, 2013.  That is a 68 percent increase over the pace of biopharma job losses during the same period last year.

So are there any areas of the country that are actually doing well right now?

Well, yes there is.  In fact, the Washington D.C. region has added more “1 percent households” over the past decade than anyone else has…

The winners in the new Washington are not just the former senators, party consiglieri and four-star generals who have always profited from their connections. Now they are also the former bureaucrats, accountants and staff officers for whom unimagined riches are suddenly possible. They are the entrepreneurs attracted to the capital by its aura of prosperity and its super-educated workforce. They are the lawyers, lobbyists and executives who work for companies that barely had a presence in Washington before the boom.

During the past decade, the region added 21,000 households in the nation’s top 1 percent. No other metro area came close.

I used to live in the D.C. area, and I can tell you that the folks out there are living the high life at your expense.

In one recent article, I noted that the average federal employee living in the Washington D.C. area received total compensation worth more than $126,000 in one recent year.

Of course you and I are paying the bill for this too.  The U.S. national debt is on pace to more than double during the eight years of the Obama administration, and our politicians seem to have no trouble continuing to steal about 100 million dollars from our children and our grandchildren every single hour of every single day.

Meanwhile, thousands of other communities all over the nation are slowly being transformed into rotting, festering hellholes.  The following is an excerpt from a recent CNBC article that discussed what is happening to Trenton, New Jersey…

When a city is badly broken, it can be very tough to fix.

Just ask Darren Green, president of a coalition of community groups in Trenton, N.J., where deep budget cuts in 2011 forced the city to lay off a third of its police force.

“We’re at a place now where it’s very dangerous to walk the streets,” he said, his thoughts periodically interrupted by the distant sound of passing sirens. “The school system is dysfunctional and not working. You have young people who are robbing elders. Young people who are destroying communities. With no leadership and the community in disarray, there’s a lot of bad here.”

So what is happening in your neck of the woods?

And what do you think of the fact that donations are being collected for Wal-Mart employees that cannot afford Thanksgiving dinner?