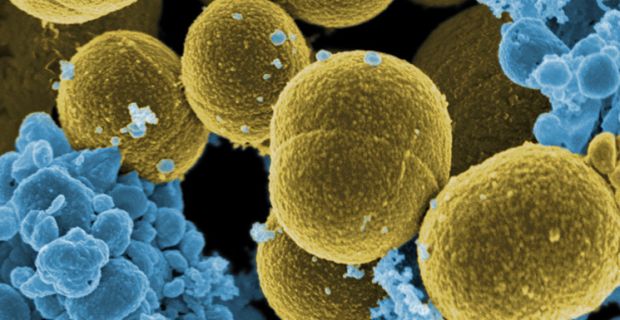 The “wonder drugs” that we have been using since the middle of the last century are rapidly losing their effectiveness, and medical authorities are warning that the emergence of very powerful antibiotic-resistant superbugs represents “one of the gravest threats in the history of medicine“.  Of course the “wonder drugs” that I am talking about are known today as antibiotics.

These drugs attack bacteria, and when they first began to be developed back in the 1950s and 1960s they were hailed as “miracles” that would save countless numbers of lives.  Well, it turns out that nature is having the last laugh.  All over the planet bacteria are developing resistance to these drugs, and scientists are warning that they can’t really do anything to stop these superbugs.  With each passing year these superbugs are gaining ground, and there appears to be not much hope on the horizon of being able to fight them.  In fact, no new classes of antibiotics have been invented since 1987, and none are being developed right now.  Meanwhile, scientists are telling us that many current antibiotic treatments will be completely obsolete by the year 2030.  Are you starting to understand why so many high profile members of the scientific community are using the words “catastrophic threat” to describe this crisis?

An article about these superbugs that appeared in the Independent the other day got a lot of attention all around the world.  That article claims that prominent British doctors are warning that these superbugs could undo “a century of medical advances”…

Drug-resistant “superbugs” represent one of the gravest threats in the history of medicine, leading experts have warned.

Routine operations could become deadly “in the very near future” as bacteria evolve to resist the drugs we use to combat them. This process could erase a century of medical advances, say government doctors in a special editorial in The Lancet health journal.

That sounds quite serious.

Well, before antibiotics were invented if you scraped your knee and got an infection, there was a good chance that they would cut off your leg…

In the period before World War II … people that got infections, they had to cut it out. They had to cut off limbs, cut off toes, because there weren’t antibiotics. And oftentimes, when people talk about the fact that we might have to go back to a pre-antibiotic age, that’s what they mean — that a simple scrape on the playground could be fatal.

Are you ready to go back to such a time?

You might not have to wait long.  According to one very prominent doctor quoted by the Daily Mail, we have already reached the end of the age of antibiotics…

A high-ranking official with the Centers for Disease Control and Prevention has declared in an interview with PBS that the age of antibiotics has come to an end.

And all over the world the number of people becoming infected with these superbugs is rapidly growing.

In fact, right now 23,000 people a year are being killed by these superbugs in the United States alone…

More than two million people are infected by drug-resistant germs each year, and 23,000 die of their infections, federal health officials reported Monday. The biggest killer by far is C. difficile, the Centers for Disease Control and Prevention reports in its first big overview of a growing problem.

Doctors have been warning of the problem for decades, yet up to half the prescriptions written for antibiotics are unnecessary, the CDC report says. And all these unneeded antibiotics are making the superbug problem worse.

Most Americans have never even heard of many of these superbugs, but they can be extremely deadly…

C. difficile has become a scourge of hospitals and infection is often made possible when patients are heavily treated with antibiotics to fight other infections. It can cause unstoppable diarrhea and the latest treatment doesn’t even involve antibiotics, but a transplant of so-called good bacteriafrom healthy patients.

CREs are a group of bacteria that resist even the strongest antibiotics. They include Klebsiella pneumoniae, which saw its infection rate jump 550 percent between 2001 and 2011.

“CRE is a nightmare bacteria we reported on in March, bacteria that can resist virtually all antibiotics,” Frieden said.

Gonorrhea may not be immediately life-threatening, but it’s developing resistance to the drugs that used to easily treat it. Patients can be left infertile, and, in January, Canadian researchers reported that seven percent of patients weren’t cured by the only pill left to treat gonorrhea.

And this is just the tip of the iceberg.  Experts are warning that we could soon see millions of people a year die from these superbugs all around the globe.

So why haven’t we heard more about this?

Why is this not being widely publicized?

Some are suggesting that some of the governments of the western world are engaged in an effort to keep this under wraps.  For example, just check out what has been going on in Canada…

The federal government is hobbling efforts to control antibiotic-resistant microbes by sitting on reports about bacteria that sicken and kill thousands of Canadians each year, several doctors say.

Infectious disease experts say Ottawa is treating national microbial surveillance reports like “sensitive government documents.” And the doctors are so frustrated, they are releasing the data they can obtain on their own website.

“Otherwise, it’s years before we see it on the federal website,” says Dr. Mark Joffe, president of the Association of Medical Microbiology and Infectious Disease Canada (AMMI), which represents physicians, clinical microbiologists and researchers.

What would the motivation be for doing this?

Are they trying to avoid panic?

Or is a more sinister motive at work here?

Ultimately, this is a crisis that is only going to get worse as time goes by.

Meanwhile, scientists all over the world are telling us that there is not a thing that they can do to stop them.

The era of antibiotics has come to an end, and nobody is quite sure what is going to happen next.