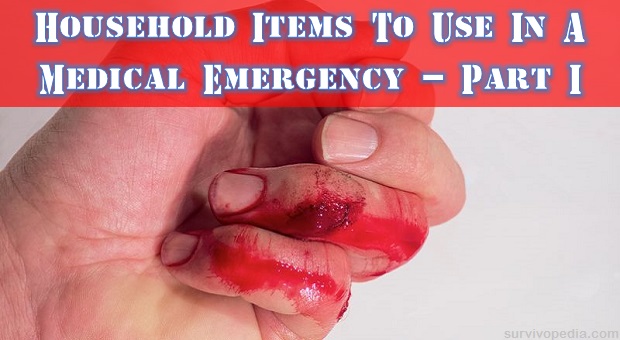 As preppers, we all love a good multi-purpose item and when it comes to medical supplies, there are many items that you have just laying around the house that are superstar substitutions for the “real thing”. As a matter of fact, some of these should have a permanent place in your med kit.

Oddly enough, pads weren’t originally invented for feminine hygiene; that use was created by nurses after World War I when there was a surplus of them. Originally, they were created as bandages for use on the battlefield. They’re absorbent, sterile and portable. They even come in different sizes!
While we’re on the subject, tampons are good to have on hand, too. Spray a few of them with nasal spray and keep them in a sealed baggie. They’re great for stopping nosebleeds like that. They’re also good for bandaging small wounds or punctures, or for filling the space where a tooth has been pulled or knocked out
Old (or New) T-Shirts 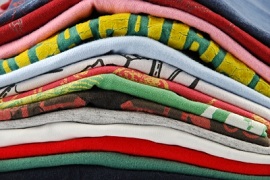 There’s practically no end to the use that cotton T-shirts have in an emergency medical situation. They work as bandages, slings and even tourniquets. You can use them to put pressure on a wound to stop bleeding. T-shirts are good to wrap ice packs in. The sleeves make great headbands to hold on bandages covering head wounds. If the emergency happens to be a new baby, human or otherwise, T-shirts are great to wrap them in. T-shirts make great filters for water, too.

Sheets have even more uses than T-shirts! They’re absorbent and can be used as both regular and pressure bandages. They can be used as stretchers or blankets. Tear them to make slings or tie strips of sheets to make tourniquets. You can use them as water filters and gas mask filters, too. Blankets and towels can be used similarly. 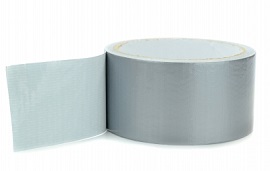 You had to have known we were going to bring up duct tape. That stuff has a place in every situation, including medical emergencies. Use it to secure and waterproof bandages, bind together broken toes/fingers or to tape together a wood splint. You can use it as an emergency suture to bind together two sides of a wound. Duct tape can even be used to seal a sucking chest wound.

Duct tape has even been shown to get rid of plantar warts. In 85% of the people who participated in a study, the wart disappeared after having a piece of duct tape applied to it every day for about a week.

Epsom Salt
This inexpensive salt is great for many things, including relieving sore muscles, easing the pain of sprains and bruises and making your skin softer. What you may not know is that the magnesium sulfate in Epsom salt is absorbed through your skin and actually sedates the nervous system as well as reduces swelling and draws toxins from the body.

Splinters can cause a major infection, especially if the wood was treated with chemicals. Soak the area with the splinter in a warm Epsom salt bath and it will draw the splinter out.

All of these are useful as splints depending upon the body part that’s broken. Broom sticks can also be used to fashion a stretcher and a Popsicle stick works well as a tourniquet handle. 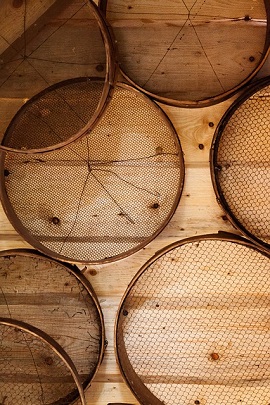 These are useful for catching kidney stones. Line it with a coffee filter and place it on the toilet seat. If it’s too small to rest there, just hold it and pee in it. The coffee filter stops the stone but lets the urine flow through. This can be helpful in diagnosing your kidney stone type so that you can take proactive steps to avoid more.

Both are great for removing splinters. Just smear a dab over the splinter, let it dry, then gently pull it off. The splinter will come with it. This only works if the end of the splinter is sticking out a little bit.
Super Glue

If you can’t get to the ER and you don’t know how to do your own stitching (or just don’t fancy the idea of sewing yourself up!) dab a bit of superglue on the clean, dry cut and squeeze the wound together. Hold for a few seconds just like you would if you were gluing anything else together. 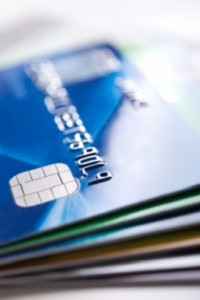 You can use a credit card to remove a bee stinger without releasing more venom or to remove a splinter. Just scrape the edge of the card over the stinger or splinter in the opposite direction than it went in at. You can also bend them in half lengthways and use the two halves to make a finger splint.

Use these to seal sucking chest wounds or to cover bandages to keep them dry. If you have a burn and don’t want the bandage to stick to it, cover it with one of the above after cleaning it and applying medications.

Though it stings, alcohol is a fabulous antiseptic. Use it to clean wounds or to sterilize equipment before use.

Your body actually makes hydrogen peroxide to fight infection so it’s only logical that you use it to clean wounds. It also stops slow bleeds coming from small vessels. It’s also good to use as a wash on infected tissue or tissue that you have to debride. It works to clear dead tissue and will also do damage to live tissue if you leave it on for too long so don’t soak for more than a few minutes.

These are great for holding bandages in place. To prepare them in advance, roll them over a soda bottle so that they stretch, then roll them off in a doughnut shape. Store them that way, then all you have to do is roll it up over the bandage. Cut the foot off if you’d like.

Scalp wounds, even small ones, bleed like crazy. If you go to the hospital to get it cleaned and stitched, they’ll likely shave that spot so that bandages will stick. If you can’t get to the hospital, you still need to stop the bleeding and close the wound. Clean it and use the hair on either side of the wound to close the gash. Tie the strands together to pull the wound together, then dab a bit of superglue on the knot to hold it.

Household bleach at a 10:1 water to bleach solution kills just about every nasty bug including hepatitis, 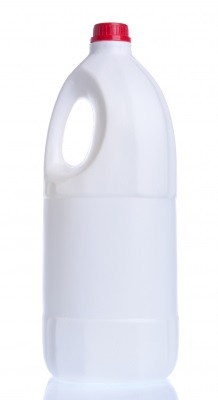 HIV and Staphylococcus. Use it to sterilize equipment, kill foul odors such as rotting flesh or infection, and to sterilize an area if you need to operate. Clean the area with it after the emergency is over to kill any infectious disease or bug left behind by the patient.

You’re surrounded by average household items to use in a medical emergency; it’s just a matter of thinking outside the box in order to come up with a solution. In order to live through any SHTF situation, you’re going to have to learn to think like a survivor if you don’t already.

Look around your house and use your imagination to come up with cool (but realistic) uses of the things that you work with every day! First, though, click through to Household Items to Use in a Medical Emergency Part II. We’ll be talking about food and drink products that can be used for medical purposes.

Disclaimer: The opinions voiced by Theresa Crouse, are her own and are not meant to take the place of seeking medical help from your healthcare provider. The practice of medicine without a license is illegal and punishable by law. Seek modern and standard medical care whenever and wherever it is available.

About Theresa Crouse
Theresa Crouse is a full-time writer currently living in central Florida. She was born and raised in the hills of West Virginia, where she learned to farm, hunt, fish, and live off the land from an early age. She prefers to live off the grid as much as possible and does her best to follow the “leave nothing behind but footprints” philosophy. For fun, she enjoys shooting, kayaking, tinkering on her car and motorcycle, and just about anything else that involves water, going fast, or the outdoors. You can send Theresa a message at theresa.crouse [at] survivopedia.com.