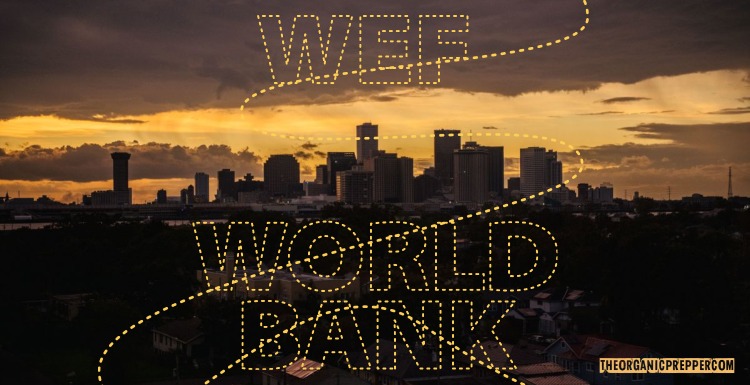 We all feel more pain at the pump these days. I’ve been fortunate enough to spend my adult life in various oil-producing flyover regions with relatively low gas prices. However, as of April 29, the average nationwide price for a gallon of gas was $4.159, with some states hitting over $5 per gallon. That smarts.

In my town, we had a 30-cent jump within a few days of Russia invading Ukraine, and then prices inched up another 30 cents per gallon over the next few weeks. They went up another 10 cents this past week. None of this is surprising. Even though I live in an energy-producing state, oil and gas are traded on a global scale, and any supply constrictions hit us all.

For me, so far, this has been frustrating and annoying but not disastrous.

I haven’t had to make any serious lifestyle changes yet. But I’m watching the global picture. Situational awareness is vital to prepping, and just because something hasn’t happened in the United States yet, doesn’t mean that it never will. Seeing events unfold in other countries may give us clues as to what may happen here.

Pakistan has had rolling blackouts recently, with even the wealthier urban areas experiencing at least four hours without power per day and much of the rural part of the country experiencing 12 hours without power per day. Pakistan has always been more susceptible to issues with their power grid. They have had rolling blackouts in the past due to either power plant equipment breaking as a result of poor maintenance, or nonpayment of fuel bills. With fuel prices rising for everyone worldwide, countries that have always been on the edge of the power grid are now falling off.

Pakistan is not alone in its loss of electricity. India has had rolling blackouts as well. Like Pakistan, their poor infrastructure maintenance and inability to produce enough coal for their own use has left them on the edges of the global marketplace.

And it’s not only Third World countries dealing with rolling blackouts.

California has been notorious for years for its unreliable power grid.

But Midwesterners may soon face rolling blackouts too. The Midcontinent Independent Systems Operator (MISO) warned that they expect to have capacity shortfalls this summer throughout the Midwest. While the Chicago metro area has produced much of its own energy for years, they have decided to shut down coal-fired power plants in the suburbs in 2022. Chicago residents assume, like many urban/suburban dwellers throughout the developed world, that energy companies can just switch to renewables at the drop of a hat.

This will not happen.

I spent a few years working in the energy industry. I lived in Illinois for fourteen years. It is not the Southwest, with its abundant solar energy. It is not the High Plains, with wind that’ll rip your face off half the year while producing energy. The upper Midwest is cloudy and gloomy, and living there requires an awful lot of heating.

To deny the need for high-energy fuels such as coal, natural gas, or nuclear power in Chicago, with its metro area of nearly 10 million people, is to deny reality.

Governments have already started rationing energy. Italy just announced that schools and public buildings will not be allowed to heat their buildings above 19 ⁰C (66 ⁰F) or to cool their buildings below 25 ⁰C (77 ⁰F). Currently, they import about 45% of their natural gas from Russia. The Italian government wants to be able to comply should the European Union institute a ban on Russian oil and gas.

And I can’t help but notice that these steps taken by the Italians to combat the Russians dovetail nicely with the goals of the climate change crowd.

(Make sure you read our free QUICKSTART Guide to what to eat when the power goes out. Electricity “rationing” is a very real threat in the near future of America.)

Let me be clear: I think Putin has plenty of his own reasons for attacking Ukraine.

I don’t think there’s collusion between him and the Western elites bent on destroying the fossil fuels industry. However, I do think that the Western elites are absolutely capable of using the political situation between Russia and Ukraine as an excuse to force the common people of their own countries to lower their standards of living.

They don’t try that hard to hide it. You can watch discussion panels hosted by the World Bank and the World Economic Forum online.

For the most part, the talks are boring and full of doublespeak. However, by reading between the lines, you can garner some insight into the goals and mindsets of these incredibly powerful individuals.

The World Bank hosted an online event on April 21, 2022, called Transitioning Economies, Transforming Climate: Financing Climate Action for a Green and Inclusive Future. You can watch it here because, again, like the World Economic Forum, the World Bank does not hide its agenda.

They are pushing a carbon-neutral future.

Western government and financial representatives had talks with various officials from developing countries about planning a carbon-neutral future.

Throughout the 1.5-hour-long series of interviews, the lack of technical details was noticeable. I only worked in oil and gas for a few years, but it was long enough to appreciate the incredibly complex technology that goes into not only production but also storage and distribution.

Because wind and solar electricity are only produced intermittently, battery storage would become a vital part of the electrical grid. Multiple retired engineers have crunched the numbers and have found that to maintain our current standard of living, Americans would need to spend hundreds of trillions of dollars to remake the electrical grid.

And this doesn’t even address the question of whether the rare earth metals needed to create batteries for this carbon-neutral system exist. Most batteries currently used in electric vehicles, for example, are lithium-ion batteries, and whether or not the world holds enough lithium to convert all existing vehicles to electric is highly questionable.

We live in a world that would have seemed magical to the vast majority of humans that have ever lived.

We’re not spending hours every day carrying water in buckets or grinding grain by hand. We just flip switches and crank faucets, and things happen. This is the result of a few generations taking the time to understand the details of how these things work and putting care and attention into setting up the infrastructure that has made modern life so relatively clean and comfortable.

Now, however, anyone insisting on attention to detail regarding the shift to a carbon-neutral future is being excoriated in the press. In 2020 Akio Toyoda, current President and grandson of the founder of Toyota in Japan, a man who has spent his life living and breathing the automotive industry and technology, gave a speech voicing his practical concerns about shifting to all-electric vehicles.

Mr. Toyoda expressed concern that the regulations were changing too quickly for companies to adapt without laying off many employees. As a responsible employer, he didn’t want to do this. He also pointed out that electric vehicles are only carbon neutral if the electricity they use is carbon neutral. Japan’s electricity comes primarily from coal-powered plants. Mr. Toyoda explained that, in Japan’s case, electric vehicles would actually cause an uptick in carbon dioxide production.

These are reasonable concerns, but Mr. Toyoda was widely criticized in the press afterwards for lacking vision. But again, no real solutions were presented, only vague platitudes about how “the technology would catch up.”

“Technology” isn’t something magical you get from waving a wand.

Advances are made by real people, putting real brainpower into specific problems.

If the people who have spent most of their lives in the energy and automotive industries say something can’t be done, or at least not for a long time, a bunch of bankers and activists aren’t going to be able to change that by wishing hard enough.

But the climate change alarmists seem to think this is all beside the point. They don’t like carbon emissions, they’re going to change them, and if it sends 95% of the world back to the Stone Age, they really don’t care.

During the online event hosted by the World Bank, Dr. Rhian-Mari Thomas, Chief Executive of the Green Finance Institute, said that there are “no intellectually coherent high-carbon pathways to prosperity.”

This is patronizing nonsense of the worst kind. European countries became what they are today thanks to coal and the steam engine. To pretend otherwise is dismissive of history and dishonest toward the developing nations trying to figure out how to make it into the First World themselves.

The environmental problems with fossil fuels are real. But the practical constraints of wind and solar are real, too. We should absolutely keep looking for ways to make extraction less environmentally damaging. We should focus on efficiency. We should focus on mitigating the very real problems people that live surrounded by oil and gas facilities have to endure. (Case in point: the fracking in my area has turned my well water orange. Country people that gripe about fracking have legitimate complaints).

We should not be closing down power plants and cutting off pipelines. We cannot generate power overnight. If we continue to restrict power generation, people will freeze to death this winter.

We are already facing famine conditions. What happens if we cannot dry, freeze, or transport what food does get produced?

I try not to be too negative, but sometimes it’s impossible not to connect the dots and see disturbing patterns.

The First World is regulating itself into dependence on electric energy production, which, as mentioned above, requires battery storage. The batteries require lithium and rare earth metals. When we stumbled out of Afghanistan last summer, we handed potentially the world’s largest lithium supply to the Chinese.

Between a regulatory environment that exists in hopes and dreams rather than reality, and stupid geopolitical moves, we’ve been painted into a corner in terms of energy.

All most of us can do right now is think about what we need on a daily basis. Personally, I have one small gas-powered generator to run my freezers should we lose power for an extended period in the summer. My neighbors and I have set up a plan to pump water. If I had money to burn and more technical knowledge, I’d probably look into a solar-powered generator for my freezers. But that’s just me. I wouldn’t know what to tell someone living in a high rise, dependent on the grid. Your best option, in that case, might be to develop a bug-out plan.

We’re all in different situations. Prioritize.

What kinds of appliances do you have?

How well is your home insulated?

If you produce much of your own food, would it be more practical to dry your food, as opposed to relying on a freezer?

Learn what you can, while you can. The world is changing rapidly.