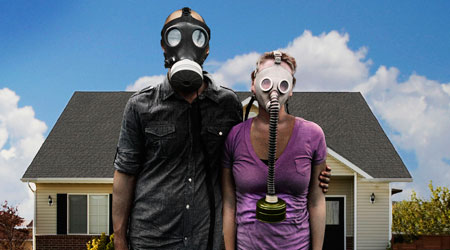 In the autumn of 2008, as Presidential hopefuls sparred over whether we had entered a recession or not and well before the onset of the most serious global crisis since the 1930’s, trend forecaster Gerald Celente advised his Trends Journal subscribers to prepare for the worst and plan for the best. “It will be,” warned Celente, “like nothing we’ve ever seen in our lifetime.”

The aware and prepared … those understanding just how out of control society would become, and those who had acquired the skills for survival would stand the best chance of navigating the chaos safely.

But Americans were not prepared. Not by a long shot

Very few had the foresight to predict that the economic system and social fabric of our nation would be threatened with upheaval and disarray.  But some, whether through independent education or through intuition, deduced that there was a real possibility of a system shock so significant that life as we know it could be on the verge of a major paradigm shift – perhaps even a complete collapse of our economy and resource infrastructure.

As natural disasters around the world took the lives of hundreds of thousands, space agencies warned of solar disruptions that threaten our power grid, the economies of the world slid further into depression, and tensions between the world’s financial and resource super powers grew, more and more people began to realize that the stability we have come to depend on to live our daily lives was nothing but illusion. 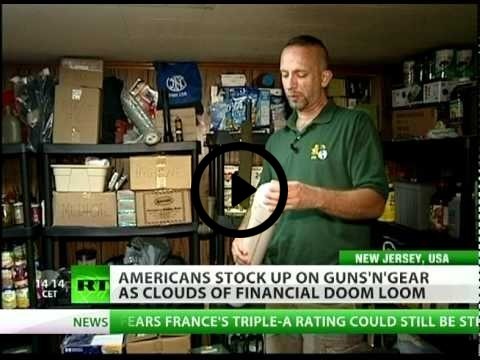 With very few places to turn for support, most headed for the internet, where communities had popped up to discuss possible disaster and collapse scenarios, and ways to minimize the impact on oneself and family. That it was happening or could happen was no longer the question.

The real question was how to survive it when it finally came to pass.

With none of us ever having experienced (or even imagined) such a possibility before, many turned to guidance from experts in their fields – people  like Gerald Celente or Marc ‘Dr. Doom’ Faber, who had an uncanny ability to see developing trends, and authors like survival expert James Rawles who wrote the popular economic collapse and survival cult classic Patriots and William Forstchen who penned One Second After, a frighteningly realistic look at what life without the grid might look like. First it was thousands, then tens of thousands of concerned Americans who began learning the essentials of survival by learning from each other with resources offered at web destinations like the American Preppers Network, Doctor Prepper, Survival Mom, Off Grid Survival and Ready Nutrition.

Those who chose to insulate themselves against coming disaster were often vilified or dismissed as lunatics by friends and family alike. And while many chose to ignore the trend which had become quite apparent, those who had the willingness to consider a different reality than had been painted by the powers that be just kept on preppin’.

As global malaise continued and the people began to lose confidence in political platitudes and corporatist solutions, the movement towards preparedness, survival and self reliance grew. After having seen what took place in New Orleans after Hurricane Katrina, many came to the conclusion that if the worst were to happen there would be no government to help, no 9-1-1 to call, and no emergency management agency to distribute food or water.

Today, at the cusp of possibly the most trying times in human history, more Americans than ever before are preparing for the possibility of disaster.

As many as three million Americans now fall into the category dubbed ‘preppers’ – people who are making detailed plans for the end of the world as we know it.

The preppers are an ever-growing group of survivalists who take extreme measures to prepare for a major catastrophic event.

More than 300,000 people a month visit the movement’s website, survivalblog.com, which catalogues how people are preparing for the worst.

The website has been set up by James Rawles, a former US Army intelligence officer, who is one of the movement’s leading figures.

Speaking to The Times, he said: ‘Should the worst happen, it’s become apparent that the Government can’t provide for everybody. And now that realisation is becoming more widespread.‘

He is like some of the people featured on National Geographic’s new show Doomsday Preppers, which chronicles a new prepper each week, delving into their conceptions of the end and what they’re doing to prepare for it.

‘It’s not a hobby, it’s a lifestyle,’ Gloria Haswell told National Geographic. She and her husband spend 50 hours a week getting ready for a climate shift in the poles.

‘These are not just a handful of people living in the mountains,’ National Geographic Channel’s executive vice president of programming Michael Cascio told the Wall Street Journal. ‘They’re everywhere.’

The Journal notes that Nat Geo has begun appealing to a growing subculture that has seen the past disasters – from last year’s tsunami and earthquake in Japan to riots to economic uncertainty – and have wanted to prepare the best they can.

‘The last few years have probably exacerbated the doomsday fear,’ Mr Cascio told the Journal. ‘The world is changing.’

This week the National Geographic series Doomsday Preppers debuted to an audience of four million, a testament to the fact that preparing for disasters – regardless of the kind – is a growing trend, and one that’s popular even among those that have been affectionately dubbed the sheeple.  No doubt some of those watching the show, who never considered the possibility of far-from equilibrium events, will take to preparing right away.

Most seasoned preppers will agree that those first few weeks and months of preparedness are the most stressful, with emotions being described by newbies as anxiety and panic. For those just getting started, you should feel better knowing that it’s better late than never.

What you may be experiencing today isn’t panic. It’s a sense of urgency, and that’s a positive motivator that can, with focus, drive you to quickly and effectively achieve your goals.

Panic is what we’ll see from those remaining 99% of Americans who have failed to take measures to protect themselves from the coming devastation. 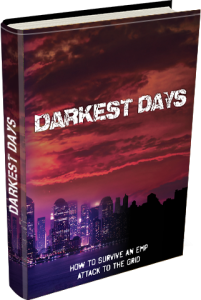 When the SHTF, These Cheap Items Will be Worth Their Weight in Gold

What Will Americans Do If Our Country Is Invaded By Foreign Armies?