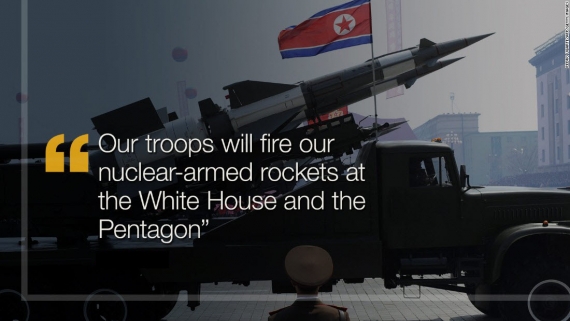 North Korea tells U.S. and South Korea: “Last Chance”, showing a submarine-launched nuclear missile laying waste to Washington and concluding with the US flag in flames.

The four-minute video, set to jaunty music, romps through the history of US-Korean relations and ends with a digitally manipulated sequence showing a missile surging through clouds, swerving back to the earth and slamming into the road in front of Washington’s Lincoln Memorial. 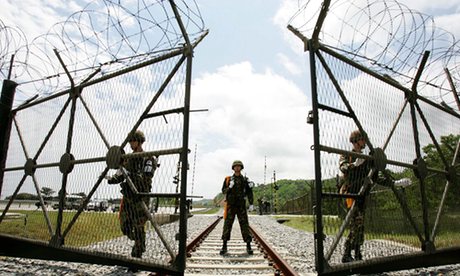 On patrol in the DMZ: North Korean landmines, biting winds and tin cans

The US Capitol building explodes in the impact and a message flashes up on the screen in Korean: “If US imperialists budge an inch toward us, we will immediately hit them with nuclear (weapons).”

The video was published on the North’s propaganda website DPRK Today on Saturday and shows images from the Korean War, the capture of US spy ship Pueblo in 1968 and the first crisis over North Korea’s nuclear programme in the early 1990s.

Pyongyang has upped the rhetorical ante in recent weeks, with near daily threats of nuclear and conventional strikes against the South and the US mainland in response to large-scale South-US war games.

The threats have turned increasingly personal, and North Korea leader Kim Jong-Un on Friday watched a live-fire long-range artillery drill simulating a strike on the official residence of his South Korean counterpart. 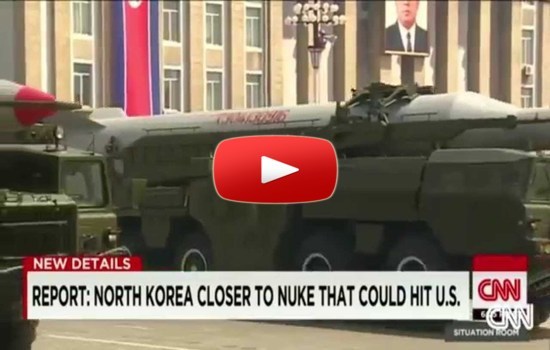 Tensions between the two Koreas been on the rise since Pyongyang carried out its fourth nuclear test in January, and a satellite rocket launch a month later that was widely seen as a disguised ballistic missile test.

North Korea has been pushing to acquire submarine-launched ballistic missile (SLBM) capability which would take its nuclear strike threat to a new level, allowing deployment far beyond the Korean peninsula and the potential to retaliate in the event of a nuclear attack.

The North has conducted a number of what it says were successful tests of a SLBM.

But experts have questioned the veracity of those tests, suggesting Pyongyang had gone little further than a “pop-up” test from a submerged platform.