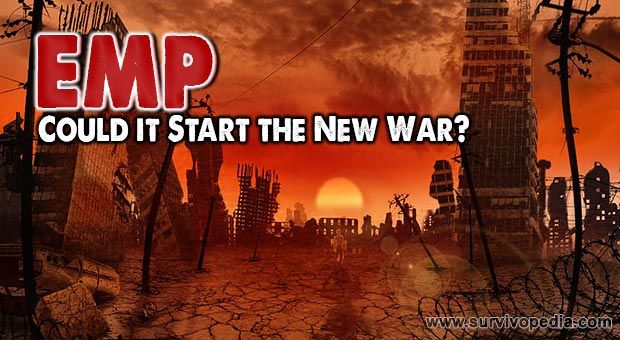 American military personnel were doubly surprised when the Japanese attacked the United States Navy, drawing us into World War II.

The Japanese plan was simply to cripple the U. S. Navy, making the United States strategically irrelevant while they went on to complete their conquest.

They needed to keep the big kid on the block out of the fight, so that they could go on to complete their other objectives.

Their strategy was excellent, as long as it lasted; but as the admiral commanding their invasion stated, it would only keep the United States tied up for six months. Nevertheless, the Japanese Army and Navy had six months of resounding success.

Since World War II, the United States has played the part of being the world’s police. We have kept the bullies in check, sometimes more effectively than others. If we were taken out of the picture, the bullies could then restart their work, picking on smaller, weaker countries.

Leaving out the fact that our current leadership doesn’t inspire fear in any of our enemies, our military still does. Any of our many enemies knows the danger of our military might, should our country’s leadership ever let them loose; so you can be sure that any plans they are making, include taking out the U.S. military, before they do anything else.

So, what does all this have to do with EMP? Simple, the easiest way for any of our many enemies to disable the United States is through an EMP attack. One or two nuclear warheads, exploded above the atmosphere, could shut down the United States for months or even years. All Vladimir Putin has to do, if it looks like we are going to oppose his takeover of Eastern Europe, is send a few missiles our way, set for high-altitude burst.

Russia is only one of the countries we need to concern ourselves with. There are many other countries which I think we should be concerned about as well, such as Iran and North Korea. Both Iran and North Korea have made it extremely clear that they would like to drop a nuclear bomb on the United States. Am EMP might be an excellent way for them to do that.

Knowing the Damage Doesn’t Help If…

There are two ways in which an electromagnetic pulse can attack electronic devices. The first is by taking advantage of the fact that any electronic circuit acts to some extent like an antenna. When the electromagnetic pulse hits it, it overloads the circuitry, burning out components. Equipment can be protected from this by building cases that shield the delicate electronics inside and then making sure that the cases are adequately grounded.

The second way is by hitting electrical power transmission lines and becoming absorbed by them. That electrical spike then travels down those lines and overloads equipment in the form of an electronic spike. Putting a surge protector in the power line can theoretically help protect equipment from this second type of EMP damage, but in reality the amount of current passing down the line will more than likely burn right through any protection that a surge protector might offer.

There’s another problem which the military faces, in the event of an EMP. That is, the civilian infrastructure that the military depends upon would be destroyed by the EMP. So, as soon as the military runs out of the supplies that are in their warehouses, they would end up coming to a halt, because the civilian industrial complex wouldn’t be able to keep up with their needs.

While the military may have some problems with an EMP attack, that is nothing compared with the problems that the civilian population will be faced with. EMP destroys solid state electronics; that includes anything that is computer controlled or has electronic circuit boards in it. So essentially all of the electronic equipment we depend upon daily will be destroyed. There will still be some electrical devices which will continue to work, such as electric motors, but the devices that control them will be destroyed.

In other words all the equipment that controls electrical power generation and distribution, water purification, communications, distribution and just about every aspect of our lives, will be destroyed. The only electrical devices that will still work will be those that are so simple that they can’t be damaged by the EMP.

This will put the manner in which we live back by somewhere around 150 years, to times when the motive power of the United States of America came from horses and oxen. We will no longer be able to use much of what we are used to using on a daily basis.

Of course, such widespread destruction will take months or even years to repair. If the EMP attack is made as a precursor to a larger attack, you can be sure that everything the enemies have planned will be completed. While we may recover, it won’t be to a world we know, but to a world which others have changed around us.

Find out more about surviving EMP disaster on “How to Survive an EMP”.