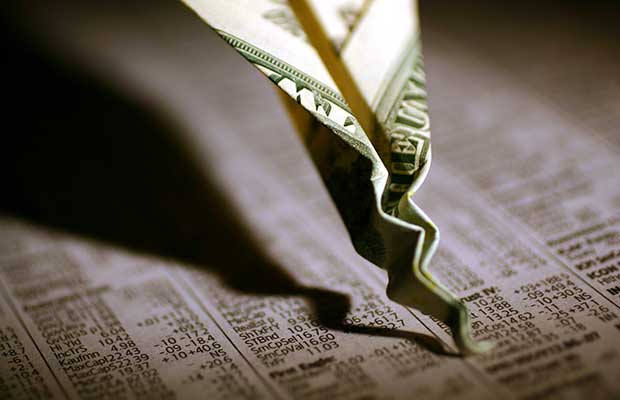 If you have not by now been convinced of the precarious state of our economy, there may be no reaching you, at least not with any powers of persuasion I have. There are too many sources who have warned of approaching calamity for years to mention without turning this article into a compendium of links. Industry experts have said we are headed for an economic collapse unlike any seen before in history, but for those who want to argue, I will throw out just three recent examples.

You can argue that these people aren’t trustworthy or they are intentionally trying to make a buck off scaring people and that may well be true. I can’t say I have any financial clout myself and the markets are just as mysterious to me as the next guy. I can tell you I have long had a feeling though and I tend to trust my gut.

But even without my personal economic induced indigestion, do you really believe all is sunshine and roses out there? There are simply too many in-your-face signs that rather than recovering, things are getting worse. Are we as a nation and the world at large better off than we were 10 years ago? I don’t think so.

Now I want to add a little conspiratorial flavor to the mix just to spice things up. The Bilderberg conference that just wrapped up had as part of its agenda, the topic of capital controls. For those who don’t know what that means, capital controls were implemented in Cyprus in 2013 where banks closed for weeks, people were unable to withdraw any of their own money and eventually, some of their savings were taken. Where I come from that’s called stealing and they are now discussing the same thing with Greece.

But those are other countries you say. Nothing like that could ever happen to the rest of the world because we have our stuff together. Really? The debt of the US is well over $18 Trillion dollars and other countries hold our debt. Is a scenario where that debt is called in out of the realm of possibility? OK, maybe it is, but let’s look at some other conspiratorial ingredients to the overall story.

Pastor Lindsey Williams who claims to be friends with “elites” who disclose secret information in confidence with him has shared that recently he was told that within the next three months, the World Bank and IMF will force a reevaluation of the currencies of 204 nations. Would this be good economic news for the U.S. or nothing to worry about? Could that all be a load of crap and nothing you should even bother giving any credit to? Perhaps. Are there even 204 nations in the world? Not according to the World Atlas, but this news isn’t completely surprising to me. 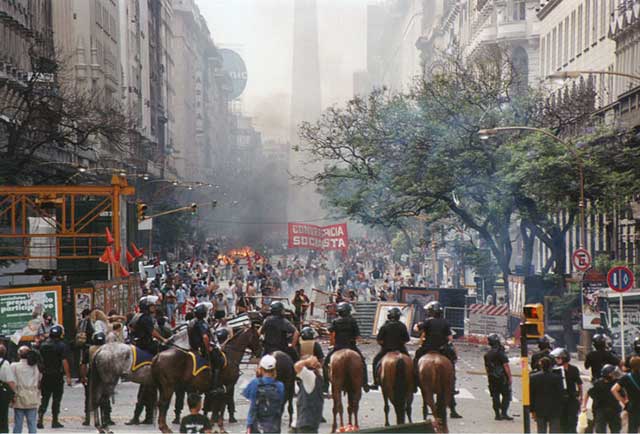 Is economic collapse even a possibility?

So maybe the conspiracy angle isn’t something you are interested in entertaining for any one of a myriad of reasons and the industry pundits who are calling for doom in the markets are easily ignored by you. Maybe Martin Armstrong who has predicted a crash roughly in the last part of 2015 is wrong also and all of this doom and gloom is precisely what you hate about some prepping blogs. If that’s you, maybe this article won’t resonate and you can catch me on the backside when I start talking about more appropriate things like finding water, starting fires or lists of prepping supplies you need.

I for one know economic collapse is a very real thing and this has happened throughout history multiple times. Nothing in our current trajectory gives me any hope that we will pull out of this dive without going through massive pain first and even though I have no proof, no degree in economics or even a really sharp understanding of capital markets and business cycles, the signs are on the wall for me. What I have been able to read and witness myself makes me feel like we are getting closer and the sense of urgency to prepare is greater again.

Just in the relatively recent past, Argentina had an that lasted for 4 years. This isn’t really new for Argentina, who unfortunately has had a history of economic ups and downs, but if you want to see just how similar the circumstances they went through leading up to the crisis of 1998, you might want to watch this movie below. Before you do, realize that 100 years ago, Argentina was one of the wealthiest countries in the world. If it can happen there, it can happen here.

Economic collapses happen and when they do people lose their jobs. The costs of all goods rise to levels that are unlivable in some situations. Argentina had over 50% of their population who were considered poor and 25% who were indigent. You can protest and riot in the streets for change and that is what a good portion of citizens in Argentina did, but what is more important to me is taking care of my family should we ever face that same situation or similar in the U.S.

How can you prepare for economic collapse?

Even if a currency reevaluation occurs, you likely won’t notice anything different right away. You may find that you still have a job, the stores are still open and you can still take money out of your bank. But if the debt is called in or something else rocks the financial markets, we can expect a huge spike in the cost of goods. If the price of groceries doubles, what would you do?

Here are my personal priorities for getting ready for economic collapse:

In Argentina and other areas affected by high inflation, food shortages were and are still common and even when they had food, people couldn’t afford what they once were able to buy. Besides our mortgage, food is the second highest monthly bill we have. Along with my current preparations if I read in the news about any capital controls or currency reevaluations, my first stop is the local big box store for as many 50LB bags of rice, beans, seasonings like Salt, Pepper and Cayenne, Bouillon cubes, paper plates and cups and toilet paper as I can carry in a few trips. Why these items? These last a very long time and can feed you for a long time. Paper supplies can be burned if needed instead of trying to worry about using water to wash/flush. Why don’t I have them already? Space. I don’t have it right now but I would make space if I needed to.

Why isn’t water my first priority? Only because I have some redundancy already built-in but it is something I am going to redouble my efforts at. For starters I am going to acquire two supplies to pull water out of our well that could help in a couple of other ways. I am getting a manual hand pump since our well isn’t too deep, upgrading the water rain barrels to something with a higher capacity like a 530 Gallon Slimline Rain tank. I will be adding backup Berkey Filters for in home water filtration capacity. With rainwater, local (nearby) sources of water and plenty of ability to filter water we should be set. Not having access to clean drinking water is an easy way to catch diseases and happens very frequently in poor countries or those affected by disaster.

This is a broad topic and for the purposes of this article I am focusing on our house and specifically making it more secure. Plywood sheeting to board up doors and windows, heavy chains to secure items, tarps, brackets to make improvisational door barricades and hand tools for the ability to work without power.

Security for my family is mostly centered around firearms but I will be purchasing additional backup magazines for my pistols, more ammunition and spare holsters for all pistols. Binoculars I already have, but I am considering purchasing Night Vision monoculars and additional Bullet proof vests. It only needs to save your life once to make it worth it.

The BOV is already purchased, but I plan to augment its capacity with all terrain tires and a roof rack to hold additional cargo as well as improve the structural integrity with some skid plates. ITS tactical has a brilliant article on some DIY modifications along these lines that could help you out in a pinch.

Most of this is already acquired, but better safe than sorry, right? Additional bandages, alcohol, fish antibiotics, trash bags, quick lime and for the ladies, I plan on purchasing Diva Cups. Sure, this isn’t a subject that I want to cover, but in terms of re-usability, there are far worse options.

Solar panels or a system like Goal Zero’s Yeti 400 with some additional solar panels will be a quiet alternative to a generator that you can actually bring into your house. I already have various solar charging systems that offer a lower amount of redundancy. I would add to the rechargeable batteries I have.

I already have battery-powered shortwave radios and ham handhelds, but a better base unit and chimney mounted antenna along with batteries would round out my communication supplies.

These are just items I still need to purchase and have an increased sense of urgency about with the recent news. My hope is that next year at this time, like so many years before, we will be able to look back and collectively say, again; “Nothing Happened”. Even if that is true, I am continuing to prepare. If you knew there was some economic collapse right around the corner, would you do anything differently? What do you think?

Is Stocking up on Gold and Silver Smart?

Are You Prepared for US Bank Bail Ins?