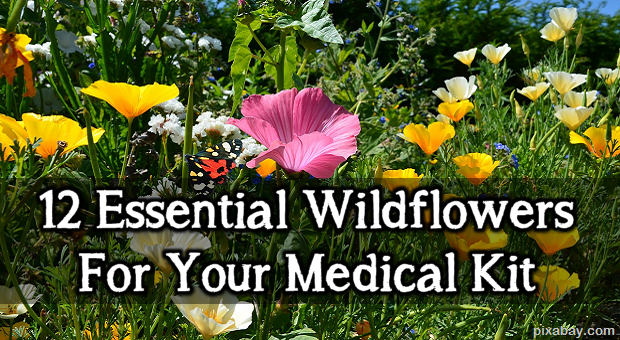 Since the beginning of time, flowers have been used medicinally by healers of all cultures. They’ve been used for healing and for harm, for seasoning foods and even as a primary source of sustenance. The folklore surrounding wildflowers is rich and varied but some of those tales are more than just lore – they’re actually backed by science and proven by time. You should know about which wildflowers are worth being in your medical kit in case you need them.

Since we’re talking about plants found in North America, we should take some notes from the Native American tribes. They had herbology down to an art (or more accurately, a science) and many of the names of flowers even came from them.

Medicinal use probably started because plants were used for sustenance, then people noticed side effects of some of the plants. Maybe they got sick, or their headaches went away. At any rate, as they ate, they learned.

Scientists and botanists have studied many of these plants at length and discovered that healers knew what they were talking about; as much as 25 percent of modern medications, including morphine, codeine and quinine, are plant-based. Though morphine and codeine are made from the illegal opium poppy, there are many medicinal flowers that are perfectly legal. Let’s get started! 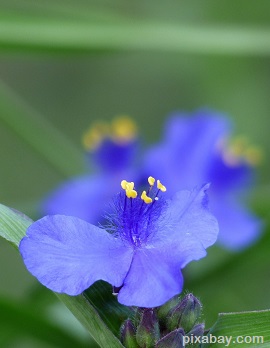 OK, I’m starting with this one even though it isn’t medicinal, per se. Also known as Indian Paint, Cow Slobber, Widow’s Tears, Dayflower and Trinity Flower, detects radiation or severe pollution. The flowers turn relatively quickly from blue to pink when exposed to as little as 5 rem of radiation.

Though you’d already be exposed while waiting for the flowers to change, even though it happens quickly, this would be useful if you’re on the run in a survival situation and notice a change in the local live flowers. Time to turn around and get the heck outta Dodge! 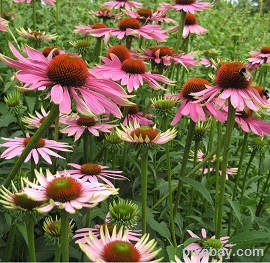 You actually probably recognize this one better by its scientific name, Echinacea purpurea. It’s the most common ingredient in popular immune-boosting supplements and is purported to help you fight off illnesses such as the cold. Native Americans also chewed on the roots for toothaches and used it topically for burns and skin irritations.

The entire purple coneflower plant is medicinal from the leaves and flowers to the roots, but the roots are what are considered to be the most potent. 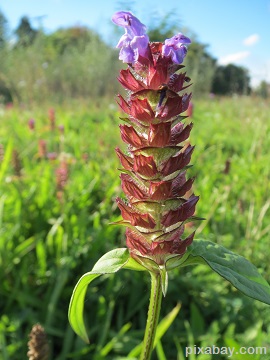 This plant, also known as prunella vugaris or prunella, is loved by people who look forward to their pretty little purple flowers but many consider them pesky weeds. It’s been used medicinally for centuries to heal wounds, which is where the name came from.

It used to be rubbed on warrior’s wounds to help them heal, and later it was chewed to help get rid of mouth sores and sore throats. Science is showing that it may have pretty potent antibiotic properties, so now we know why it worked so well!

The entire plant is edible but the healing powers purportedly come from the flowers. Eat them raw or dry them to carry with you. 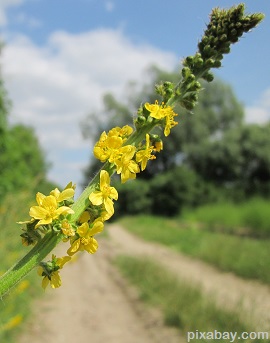 Also known as cocklebur, church steeples, sticklewort and philanthropos, Agrimonia parviflora is often used to make a purifying tea to help recover from colds, fever and diarrhea. It also has astringent properties so it’s good for sores and blemishes.

Finally, it’s called Xian He Cao in Chinese medicine and is used to stop bleeding.

A word of caution when using agrimonia: it’s an astringent. Don’t use it if you’re constipated or if you’re pregnant without talking to a doctor. 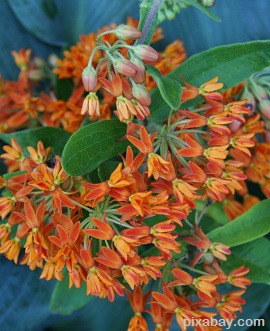 Also known as pleurisy root, all of this plant is edible and the medicinal part lies in the roots. The flowers, pods, seeds and leaves are edible. The roots can be dried and carried in your survival medical kit. They have antispasmodic, diuretic, expectorant and vasodilation properties and are good to treat gas, dysentery, rheumatism and diarrhea.

The plant seems to be particularly effective in the lungs, where it helps with spasms and other respiratory diseases. When drunk as a tea, it has a mild calming effect. You can also make a poultice from the root that’s good for bruising, swelling and wound treatment. 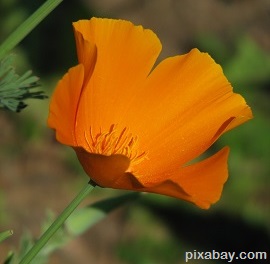 This pretty little poppy doesn’t have the opium of its bigger, badder sister but it does have some of the same benefits without the addictive qualities of the more potent opiate.

The flowers, leaves and stems can be made into a tincture to use as a pain reliever, mood stabilizer and mild sedative.

It’s bitter, so be prepared, but it’s worth it. 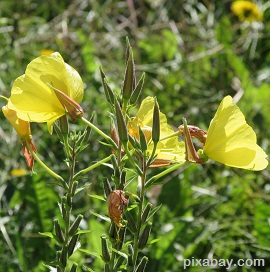 This list just wouldn’t be complete without adding evening primrose. Each part of the plant has a medicinal use. The seeds are cultivated because they contain the essential fatty acid, GLA, that your body doesn’t naturally produce. GLA helps prevent heart disease, cirrhosis of the liver, eczema, high blood pressure and atherosclerosis. It’s also a good treatment for menopause, rheumatoid arthritis and PMS.

Evening primrose also helps relieve pain and is an anti-inflammatory. It also interacts positively with uterine muscle contraction, the nervous system and even metabolism. The leaves and bark are astringent and can also be effective when treating whooping cough, asthma, skin conditions and GI disorders. Phew. That’s a whole lot of uses for just one plant! 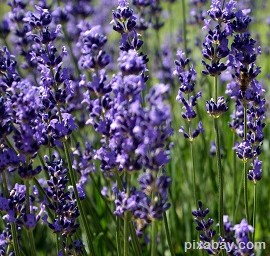 This pretty purple plant isn’t just nice to look at.

It’s easy to grow and is good for treating stress-related headaches, depression and anxiety.

It’s often used to make a calming, sedative tea. Infusions are also used to soothe insect bites, burns, and headaches. Use the plant, leaves and stems. 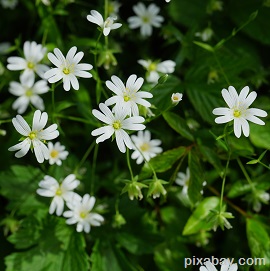 Stellaria media is a plant that grows low to the ground and has little tiny white flowers. You can eat the greens and flowers in a salad because they’re packed with nutrients.

The whole plant is used medicinally as a laxative, gas aid, diuretic, expectorant and astringent. It’s also good to grind into a poultice to treat burns and rashes. 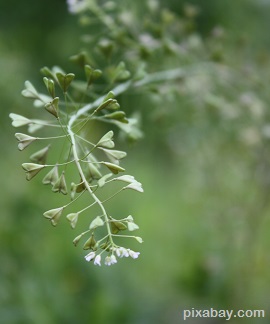 Though this plant, like many, is native to Europe, it was carried to the states and is now fairly common throughout the country. It’s edible and is extremely nutritious; cook them like greens. The whole leaves, stems and flowers are used to stop bleeding because it (usually) constricts the blood vessels. It’s also an astringent, and anti-inflammatory and a diuretic.

Shepherd’s Purse can be used to staunch the bleeding during childbirth and can be used as a tea or eaten to help with menstrual cramps. Be careful using this dried because it’s thought that it loses some of its power once it’s dried. 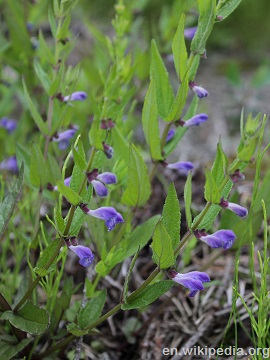 This tall, pretty purple flower will be valuable to have on hand if you have somebody who is epileptic because it’s historically been used to treat epilepsy as well as other disorders such as anxiety, insomnia and hysteria. If you have somebody in your group who is on a controlled substance such as barbiturates or tranquilizers, skullcap can be helpful with the withdrawals. Be careful using skullcap because you can overdose on it and pregnant women shouldn’t take it.

Skullcap is also used as an anti-inflammatory, an astringent, an anti-spasmodic and a sedative. It’s powerful so, as I’ve already stated, use with extreme caution!

There are many different wildflowers out there that have valuable medicinal properties that make them valuable to have in your survival medical kit. We’ve only touched on a handful here so if you have some suggestions, we’d love to hear them in the comments section below!

10 Essential Medical Resources You Can Get From Nature

Common Items To Use For Medical Crisis (I)