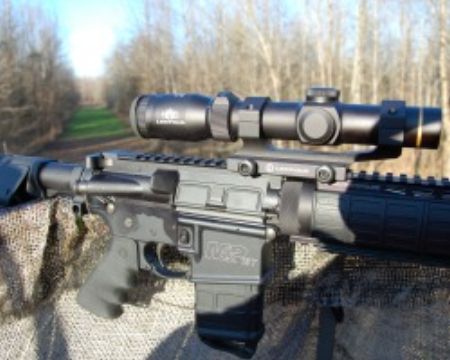 Gun enthusiasts love a good campfire argument over different firearms and cartridges.  Many, many preppers and survival planners are very much into the debate over this gun or that for this purpose or that and correspondingly the cartridges that go along with them.  Such debates can be instructional, knowledge worthy, and stimulating.  I have been writing about guns, cartridges, ammo and uses for all for about 35 years.  I read all the basic gun magazines and have for years.  I know all the debates, have read them all, heard them all, and participated in many of them in my circle of gun aficionados.  Not to mention, I love adding my two cents worth.

Every gun, rifle, handgun or hunting publication nearly every year runs the same litany of articles comparing the .270 Winchester to the 30-06 Springfield, the 9mm vs the .40 Smith and Wesson or the .45 ACP, the .223 against the 7.62×39, as well as a whole series of pieces doubting or affirming the usefulness of the .38 Special, .357 Magnum, .44 Special, the .41 or .44 Magnums or even the .22 or .22 Magnum rimfires.   I am sure you have read some or many of those annual tomes and came away scratching your collective heads.  Well, me, too.  Truth is they are all good for something.  The more the merrier is my motto.

But then, every time a new cartridge development comes on the scene then the debates start up all over again.  Personally I think this is healthy for the gun and ammo industry and it also gives shooters, hunters, paper punchers, and even survivalists something new to chew on.  Certainly such developments continue to generate new fodder for old crusty outdoor writers like myself.  I eat this stuff up quicker than a pepperoni pizza pie, double cheese please.

New Kid on the Block

Well, this kid is not really so new, but for most shooters out there today, it is still in the diaper stage.  Most of you preppers even the heavy

duty gun folks have probably not spent much time studying this new cartridge and its effectiveness and/or comparison to some of the better known cartridges like the .223/5.56 NATO or others in this power range.

Now, I’ll not waste your time retelling the history or development of this one.  You can do a simple Google search or better yet refer to Wikipedia for a thorough expose’ on the .300 AAC-Blackout and its shadow twin brother the .300 Whisper (not identical twins).  Certainly I will not hop down the bunny trail on the .223 cartridge either.  Most of you know this one by heart anyway and either used it in a war somewhere, on the ranch, in the pursuit of game, or paper targets.   I am not here to sell you on either, but just to point out the doings of each and present some alternatives for your prepping considerations, the good, bad, and ugly.

First, know that as a survival prepper I am a huge fan of the .223-5.56 NATO for all the known reasons it is good and I ignore most its shortcomings.  There I finally got that off my chest.  The .223 is what it is.  For preppers in my way of thinking, it is a must have cartridge in your survival gun battery.  It is easy to shoot well, ammo is readily available, and is relatively cheap as compared to other cartridges in today’s marketplace.

Without wearing out all the rubber on the tires, the .223 comes in umpteen rifle platforms, the most notable of course, is the AR-15 and clones.  That is more than a hundred clones to date.  Take or leave it, the fact is the AR-15 is the No. 1 selling and used rifle platform in America.  The .223 also comes in a wide variety of bolt action varmint type rifles that can double as a very effective “sniper” rifle for two or four-legged targets.   This includes the excellent Ruger Scout rifle which is now available in .223.

Commenting only the on most basic .223/5.56 load and ballistics, this cartridge uses a 55-grain bullet either a FMJ (full metal jacket) or other type of bullet configuration.  Its standard muzzle velocity is around 3240 fps (feet per second) with about 1282 foot pounds of muzzle energy.  Of course, different loads from different makers may vary from these “paper” graph numbers.  Is it the best “killer” in the network of potential survival self-defense cartridges?  No.  For that you have to step up to the .308 for maximum range and take down capabilities.  Will it take down a coyote, wild dog or wild pig harassing your Bug Out camp?  Yes, it will.  If you are rushed by a cocaine doped zombie charging the front door, is it effective?  Creating a third eye-hole in the forehead will certainly go the distance in changing any zombies attack plan.  If it should take a whole 30-round magazine, then you have that option, too.

For starters, I simply like the terminology of this new cartridge.  I mean what says it all better than using the moniker Blackout?  Of course the 300 Blackout started out as the 300 AAC (for Advanced Armament Corporation) but evolved into the nomenclature of the 300 Blackout.  There is also the story of the 300 Whisper, which you can read on line, too.  In practicality none of this historical development matters now, it just makes for an interesting read.

The 300 Blackout is the 7.62×35.  In the initial stages of release to the general shooting public there were few factory loads for this cartridge, but that is changing.  I can find at least a half dozen new loads that have come out in the past year alone.  All this one can assume is driven by an expanding popularity that is resulting in more sales.  That is the bottom line when it comes to a cartridge and the guns for it succeeding in the marketplace.

Two very popular factory loads for the 300 BO include the Hornady 110 grain V-Max bullet that pops out a muzzle velocity of 2375 fps and a muzzle energy of 1378 foot pounds.  The other is the Remington Hog Hammer using a 130 grain Barnes TSX boat tail bullet that generates a MV of 2400 fps and a ME of 1407 foot pounds.  Both of these are highly effective rounds for light hunting up to an including white-tailed deer.  I have personally harvested deer with the 110 grain Hornady load, one shot kills.  I have complete faith in it at reasonable ranges with good bullet placement.  One other tidbit of information by way of comparison, the 300 BO generates 16.7 per cent more energy at 300 meters than the 7.62×39 or the AK round.  The 300 BO also can utilize subsonic rounds with an installed suppressor if you are inclined to file the ownership paperwork and the NFA $200 application fee with up to a year delay in getting the permit.

Other good news about the 300 BO is that the cartridges fit into standard AR-15 223 magazines.  If you already own an AR-15 now, you can purchase a 300 BO upper without any additional licenses or permits.  You just install the new upper on your existing legal lower unit, and start shooting.  So, there is a simple comparison without a sales pitch.  I like both the .223/5.56 and the 300 Blackout.  The Blackout delivers more power.  The upper units are not cheap and neither is the ammo when it can be found.  All of that will improve in time.

Preppers make gear decisions every time they purchase something for stock.  If you are planning on the acquisition of any survival weapons as part of your over all SHTF strategy, then now you have an another alternative to consider.  Both the .223 and the 300 BO have their attractors and their shortcomings, but either would serve you well.  Now, if I threw the 6.8 SPC into this argument mix, you guys would really freak out and the debate would start all over again.  Bring it on.

Survival Foods To Stockpile For Diabetics