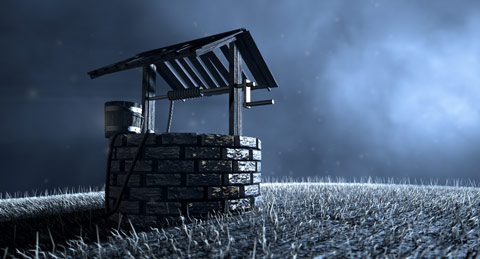 Greetings and Salutations, readers! My Nome de Guerre in the battle for truth and objective journalism is Jeremiah Johnson. I hope to pique your interest with a Montana issue that, regardless of the outcome, will have severe ramifications and set a precedent nationwide. This article covers the CSKT (Confederated Salish and Kootenai Tribes) proposed water-rights compact that threatens to take away the private ownership of water for roughly 100,000 Montanans. Should this measure pass, it can set a precedent for the courts throughout the United States by the Federal Government to deprive us of our water rights.

The tale of woe begins with the Hellgate Treaty of 1855 that created the Flathead Indian Reservation. Article III of the Treaty is the point of contention, as it states the Indian tribes have an established “right of taking fish” in waters not on the reservation. The article has been selectively interpreted and further manipulated to this end: the tribes must be able to ensure water quality of their fishing sites; therefore, the water rights in 11 counties must fall under the Tribal jurisdiction.

Enter the EPA to set standards of water quality, the Water Compact Commission, a board that is relentlessly pushing the compact on the populace, the Department of the Interior, the bureaucracy that will collect and manage revenue “on behalf” of the tribes, and the DHS, the enforcement arm of compliance. Should the tribes and the aforementioned players win this fight, all surface water and wells (private wells, mind you) within the boundaries imposed by the Compact will be metered and taxed.

The whole thing is a travesty and should be a moot point in reality: Article I of the same treaty ceded, relinquished, and conveyed (by the tribes) all rights or claims to any land and waters except the Reservation. The State Senate just voted on it a few weeks ago. The Senate holds 29 Republicans and 21 Democrats; however, 11 Republicans voted for the Compact and the measure passed, 32-18. The bottom line: there was not one dissenting Democratic vote on the whole measure.

Such actions are not without precedent. In January of 2014, the EPA declared the town of Riverton, Wyoming to be in the Wind River Indian Reservation. Other figures in this travesty of law include the Department of the Interior and the Department of Justice. The Northern Arapaho and Eastern Shoshone tribes filed an application to receive funding toward the monitoring of air quality via the Clean Air Act. The EPA magnanimously bypassed Congressional Law of 1905 and granted the tribes the status of “Treatment as a State.” The town has more than 10,000 people who now fall under the jurisdiction (regarding taxation and law enforcement) of the Reservation.

The Choctaw and Chickasaw tribes of Oklahoma filed a federal lawsuit over water rights in 2011, claiming the “rights to and regulatory authority over Treaty Territory water resources.” They also claimed their rights override those of Oklahoma. Once again, the DOJ and the Department of the Interior were involved in this fight that is also unfinished. The lands that both tribes inhabited had been broken apart by the state of Oklahoma more than a century before.

We can see a pattern developing. Local and state politicians use the Indian tribes as a tool to pursue a much larger agenda: the removal of private property from the hands of citizens and the transfer of control into the hands of the federal government. The politicians then receive federal funding to pursue their initiatives. Now a long line of bureaucrats enters the parade: the EPA to save the environment, the DOJ to save the legal rights of the oppressed, the Department of the Interior to manage the tribes’ revenues, and the DHS as the protector-enforcer.

There are many areas in the United States where water rights are either under assault or threatened by the federal government in this manner: the Chesapeake Bay Watershed, the waters of the Colorado River, and the Ogallala Aquifer (used by almost ¼ of the U.S.), to name a few. The important issue to consider with this is the abrogation of Constitutional Law and private property rights and the federal government making its own laws by bureaucratic edict.

We will keep you informed of what transpires in the Montana House vote and the overall results. There is a saying in Montana: “Whiskey is for drinking, and water is for fighting.” The battle over this water compact proves this saying to be true, and this writer would really like to hear from you about similar issues where you reside.

Bill Gates Warns Of Virus Worse Than Ebola: “We Are Simply Not Prepared To Deal With A Global Epidemic”