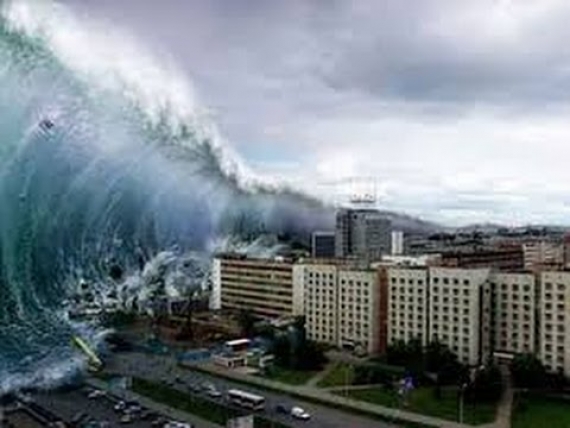 Five years ago, an earthquake at sea caused a Tsunami that wrecked much of Japan, and set in motion a nuclear nightmare STILL growing worse!

At 4.46pm local time on March 11 2011, a 9.0-magnitude underwater earthquake shook northeast Japan, leaving a powerful tsunami in its wake.

More than 125,000 buildings collapsed in the flood of water – the tidal wave reaching an maximum estimated height of 132ft – and 365,000 were destroyed by fires caused from the disaster. Up to $500 Billion worth of damage was left in its aftermath.

Though half a decade has passed, thousands are still missing. This week the Japanese coast guard resumed underwater searches for the 2,500 people who are unaccounted for.

One of the facilities directly struck by the Tsunami was the Fukushima Nuclear Power Plant on the Pacific coast.  Water deluged into the plant, cutting-off electric power to the pumps which circulate cooling water into the reactors there.  When power went out, the pumps stopped circulating cooling water, and the reactors began to heat up.

As with all nuclear plants, there are back-up systems.  At Fukushima, they had back-up electric generators which would have been more than capable of keeping everything running smoothly except for the fact that the Tsunami FLOODED the generator rooms.  None of the generators could be started.

Thankfully, there was yet another back-up system, emergency batteries, which provided some electric to keep the water pumps operating. 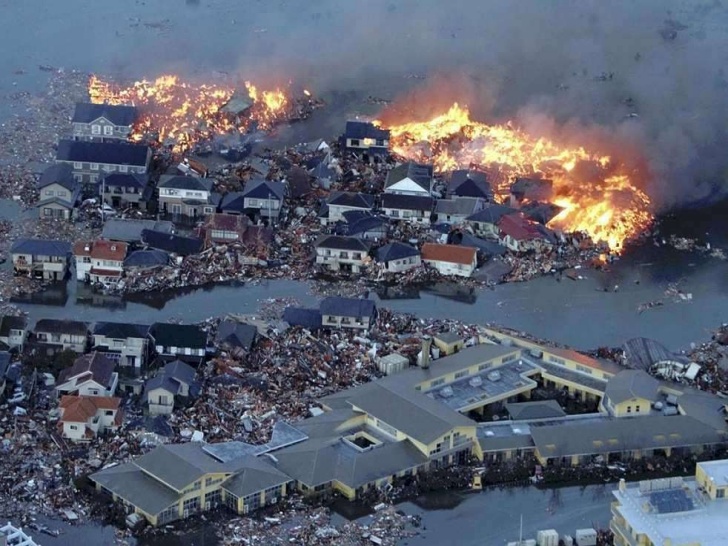 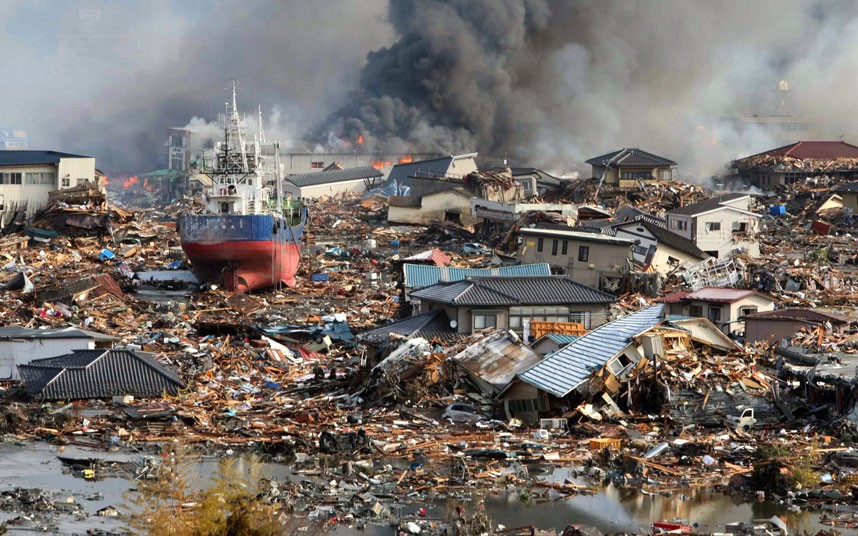 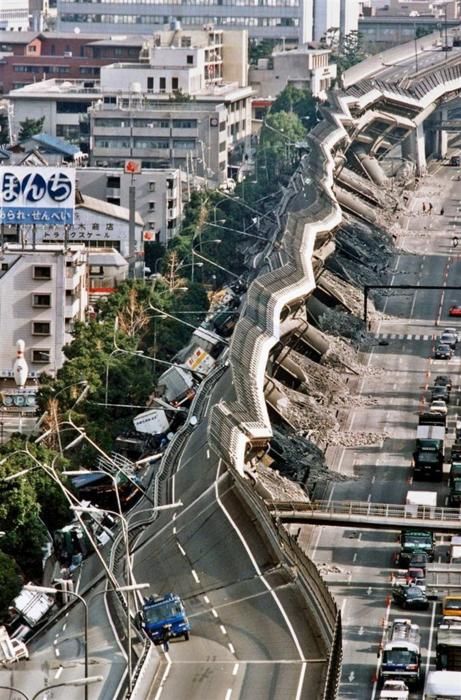 About 24 hours later, on March 12, the emergency batteries went dead and the water pumps stopped.  The reactors began heating-up and there was no backup to cool them off. 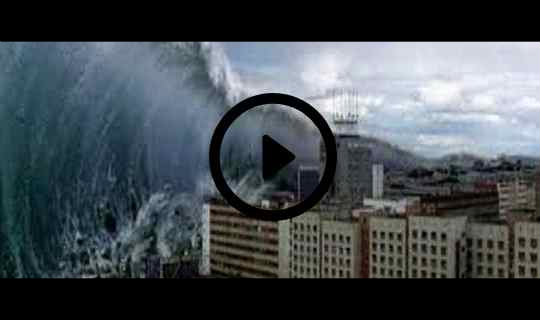 Temperatures continued to rise because the fuel rods inside the reactors were not being cooled at all, and they got so hot, they began melting themselves.  This is known as a “meltdown.” 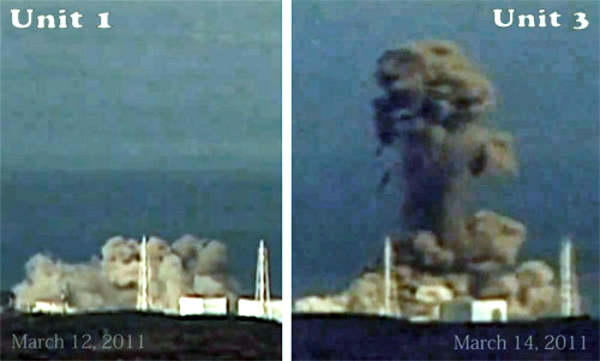 Four of the six nuclear reactors at Fukushima were operational when the Tsunami struck. Each reactor was loaded with about 150 TONS (300,000 pounds) of highly-enriched radioactive fuel.  Three of those reactors melted down, their buildings exploded.  The photos below show the Fukushima Plant Before and After the explosions:

Desperate to stop this unfolding disaster, Japan sent military helicopters to perform water drops on the detonated reactor buildings, hoping to cool the red-hot and melting reactors.  Their efforts were utterly useless.

A Year Later, Things Got Much Worse

About a year after the initial disaster began, TEPCO announced to the world that a terrifying development had taken place:  Naturally-occurring ground water, seeping under the damaged reactors, was coming into contact with the molten cores which, by this time, had dripped completely out of the reactor containment vessels, melted through the concrete base, and melted into the ground.

As that ground water came into contact with the molten cores, the water became highly radioactive.  This ground water then continued its normal travel, pouring directly into the Pacific Ocean.

TEPCO admitted that about 1,000 tons of groundwater seeped beneath the reactors every day; with about 300 tons of water actually coming into contact with the melted reactor cores and becoming radioactive.  That 300 tons of radioactive ground water has poured into the Pacific Ocean every single day from March 14, 2011 right through to this very day.  It is STILL happening.  There is nothing the Japanese have been able to do to stop it.  Here’s a graphic to explain how this is happening: 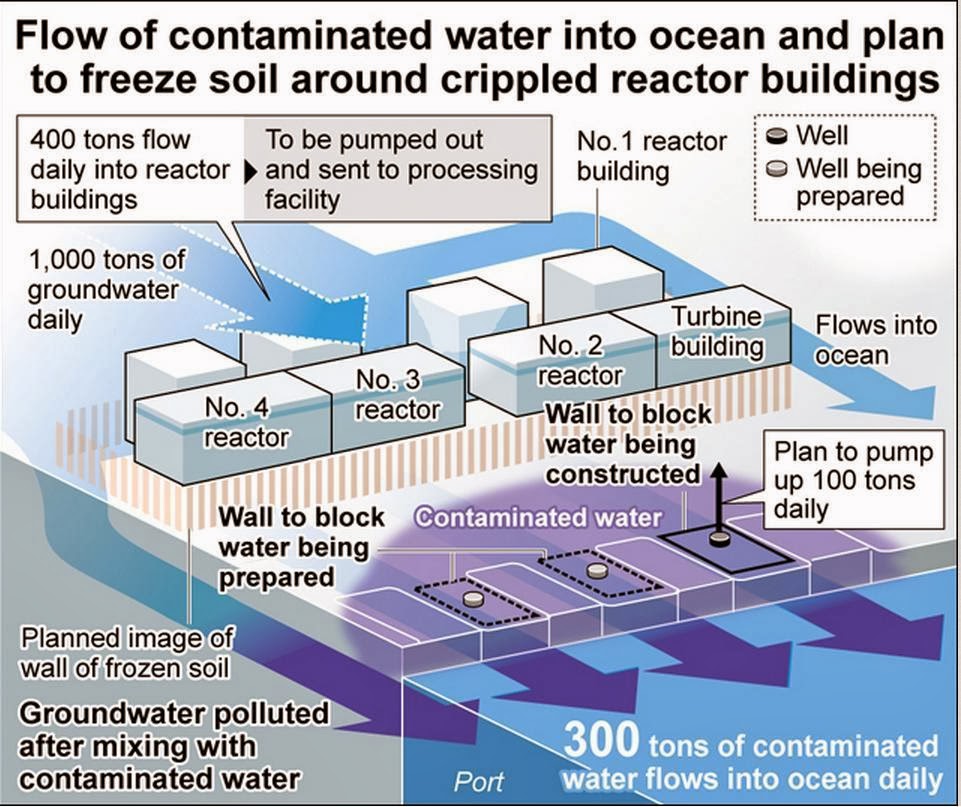 It is important to note that the attempt to build a “freeze wall”  FAILED.  In late 2014, TEPCO revealed the radiation was heating the water to the point where the giant freeze wall could not freeze it.  To this day, all that radioactive water is free-flowing directly into the Pacific Ocean.

Pacific Ocean is Poisoned, the West Coast of the US is DYING and nothing can stop it

The effects of this disaster are already showing up.  Sea creatures, exposed to the hideous radioactive materials that have flowed into the Pacific for years, are washing-up on the shores of North America.  Dead sea creatures by the THOUSANDS as evidenced by the photos below:

Those on the West Coast — You and Your Family . . . Are Next

This week, the Tokyo Electric Power Company (TEPCO)  made public the fact that they detected 482,000 becquerels per liter of radioactive cesium, in water samples taken from the tunnels beneath the damaged reactors on December 3rd. That’s 4000 times higher than data taken in December 2014. The samples also contained 500,000 becquerels of a beta-ray-emitting substance, believed to be Strontium-90.  That’s 4,100 times higher than from the same period last year.

So what does that mean to those of you who live on the west coast of north America and swim in the Pacific Ocean?   Well, apply your own common sense.

We know for a fact that the radiation is spilling into the Ocean.

We know for a fact that normal ocean currents have already carried some amounts of radiation to the west coast.

We know for a fact that those same normal currents will carry this 400,000% higher radiation the same way.

If no living organism can survive being immersed in this amount of radiation, what do you think is going to happen to the sea life that is still alive in the Pacific?

What do you think will happen to YOU if you go swimming and accidentally pass through or are surrounded by this contamination?

The answer should be obvious even to a moron.

Now, ask yourself this:  Who is going to want to live on the west coast when it becomes clear that the Pacific ocean is not only dead, but full of radiation that it is bringing to the shore?

What will that knowledge do to your property value?  After all, how much will a home be worth to any potential buyer who knows he’s only a mile or ten from a giant source of deadly radiation?

See how this will affect you?

About the situation at the Fukushima Daiichi nuclear power plant, we will inform you as follows… As part of the accumulated water survey in the trench duct that is connected to each building, it is a confirmation of the radioactivity concentration of appropriate standing water, but the waste treatment building between the contact duct taken on December 3 analytical results of stagnant water is, ensure that it is following values.

The report above makes reference to a measurement called Becquerel’s.  This is how a Becquerel is defined:

Related: Coming Soon? This Is What Would Happen If A 9.0 Earthquake Hit The Cascadia Subduction Zone…

Experiments with dogs showed that a single dose of 3.8 millicuries (140 MBq, 4.1 μg of caesium-137) per kilogram is lethal within three weeks;[114] smaller amounts may cause infertility and cancer.[115]

How’s that for a nice swim in the Pacific?

The report also mentions that, in addition to Cesium-134 and 137, another radiation-emitter, Strontium-90, is also detected at even higher levels.

Strontium-90 is a “bone seeker” that exhibits biochemical behavior similar to calcium, the next lighter group 2 element.  After entering the organism, most often by ingestion with contaminated food or water, about 70–80% of the dose gets excreted.Virtually all remaining strontium-90 is deposited in bones and bone marrow, with the remaining 1% remaining in blood and soft tissues. Its presence in bones can cause bone cancer, cancer of nearby tissues, and leukemia.

So those of you who choose to continue living on the West Coast, can expect to be personally contaminated with Strontium-90, which gets into your bones and gives you bone cancer or Leukemia.  You might not mind, but what about your children?

Fukushima is the worst man-made disaster in the history of Human existence.  Government is powerless to do anything to stop it, so they’re doing something worse: Keeping it quiet.

“Dilution is the solution” — Don’t be fooled

The mantra of the government has been “Dilution is the solution to this pollution.”  They tell the public “The Pacific Ocean is so incredibly large, with so much water, that this little bit of radiation from Fukushima will be so diluted by the time it gets here, it won’t mean anything.”  They are emphatic that “you have nothing to worry about”  and even tell people “You get more radiation from eating a Banana than what’s in the ocean from Fukushima.”  Sounds good, doesn’t it?

If that’s the case, then why are all the sea creatures washing-up DEAD on the west coast?

Dilution isn’t working.  And now that the radiation from Fukushima is 400,000% WORSE, we can expect the problems from it to get 400,000% worse.  Quite simply, every living creature in the Pacific Ocean is going to be killed and people who live on the west coast of North America will be killed from it as well.

Most of you will probably take this with a grain of salt, and go about your normal affairs.  That’s fine, as long as you’re also mindful of the fact that before the radiation which is already creeping-up on you arrives, it may begin to affect you in ways you won’t know until it’s too late.

IF you decide to have children, you may begin a normal pregnancy but end up with a child like the baby whale shown below — with two heads! 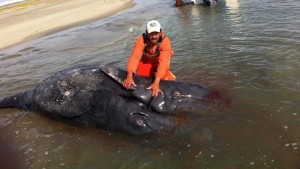 This mutant baby whale washed-up dead on the Pacific coast of Mexico, just a few miles south of the California border.  Why are we now seeing mutations like the two-headed whale above?  Radiation!

Please take these hideous facts into consideration.  None of us wants a mutant child.  Those of you on the west coast should think very carefully about whether or not you should remain there.

Why do you think so many rich, Hollywood big shots are selling their mega mansions and moving away from California?  They know what’s taking place and they are getting out.

Cancer rates, especially Thyroid cancer and leukemia rates, have SKYROCKETED on the West Coast.  Children are now coming down with Thyroid cancer at rates almost 2,000 times higher than usual.  The information is being kept secret.

All this, from an earthquake five short years ago and there is no sign at all that anything will get better.  In fact, there are multiple signs things will just get worse.

One thought on “Five Years Ago TODAY: Magnitude 9.0 earthquake generated 132′ wall of water – a Tsunami that destroyed Japan and poisoned the entire Pacific Ocean”