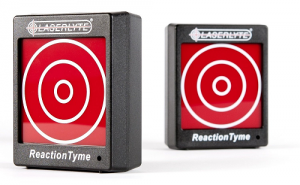 This article was originally published by Joshua Krause at The Daily Sheeple.

Editor’s Note: If you’re like most gun enthusiasts then you absolutely love going out to the range and unloading some rounds with friends or family for a few hours at a time. But as you know, doing so often requires a pretty hefty investment. With ammunition for handgun rounds costing anywhere from $0.25 to $0.75 a pop the price for a 2-hour range trip could reach upwards of $100 – just for the ammunition expended.

Marksmanship is a depriciating skill, which means that if your budget can’t handle your need to train then you may lose some of the skills you’ve spent so much time and money building. In the following article Joshua Krause provides some tips to help you keep your skills up to par, but doing so without necessarily breaking the bank. He’s not suggesting you stop training with live-fire, but if you’re looking to save some money, why not give some of these a try? Moreover, should we find ourselves in a situation where ammunition becomes tough to acquire and your stocks are limited, having an alternative strategy for training yourself and those close to you would be of significant benefit.

If you have any other ideas we encourage you to share them in the comment section below!

For as long as guns have been around, shooters have sought out innovative ways to increase their accuracy, and prepare themselves for real world combat situations. But for the longest time, this has mainly consisted of spending a lot of time on the range repetitively shooting sterile paper targets, or if you have the money, going through shooting simulations on an obstacle course. While an ideal training method for real world conditions, shooting simulations are usually out of the reach of most gun enthusiasts and are mainly reserved police and military personnel.

But over time technology is starting to give everyday shooters the means to hone their skills in a convenient and affordable manner. As early as 1989, the military was using SNES light gun games (the same technology used to play Duck Hunt) to help train their soldiers without burning through expensive ammunition. Since that time there have been several awesome developments in the field of marksmanship training, and we can expect some great shooting technologies to come along in the near future. But until that time comes, here’s what we have so far.

Below, I’m going to briefly go through a list of tools you can use to help your accuracy, starting with the latest and most expensive option, and working our way down to the cheapest and most rudimentary. None of these devices are brand new, and some of them have been around for a long time, but all of them have the potential to step up your marksmanship game; specifically in terms of pistol shooting, arguable the most challenging class of firearms to master. Let’s get started shall we?

The LaserLyte became very popular at the height of the ammo shortages we saw a few years ago, and for very good reason. It gives you the ability to accurately measure your shooting skills without using any real ammunition. While the initial cost is pretty steep, it more than pays for itself with the money you save on ammo.

It works with a laser boresight that fits inside the chamber of your gun, but unlike a normal laser it doesn’t run continuously. It emits a quick flash of light when the firing pin strikes the laser, which then registers on a light receiver that is shaped like a bulls-eye.

This receiver gives you two options: training mode, which is just a simple point and shoot option that records where you hit, and reaction mode, which emits random led lights on the screen for intervals of 3-7 seconds. When you hit these targets in this mode, the device beeps and lights up.

But the most valuable aspect of the Laserlyte system isn’t the ammunition you save. It gives you the ability to practice things like drawing and firing, which would normally be prohibited on a firing range. 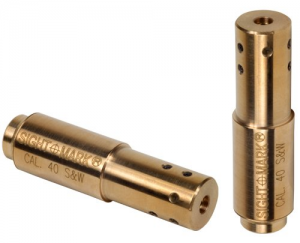 Now let’s move on to some of the cheaper tools. Boresights have been used for a long time to sight-in firearms. By shining a laser down the barrel of the gun, they make it pretty easy to adjust your sights without using any ammunition. But that’s not what I’m going to go over today.

Personally, I’ve used boresights as a kind of poor man’s version of the LaserLyte system. You can actually use the LaserLyte boresight for this, but since the light from that device is only emitted for a fraction of a second, I don’t find it very useful without the rest of the LaserLyte kit. I prefer a traditional boresight, like the SightMark laser, which lets out a continuous beam.

My method is pretty simple. Turn on the boresight, and place it in the chamber of the pistol. Find yourself a blank wall, and place stickers of various sizes and colors on it. Now, find a target you want to aim at, close your eyes, and draw your weapon. Open your eyes and see how close you were to the target, then rinse and repeat until you get it right. This is a great way to practice your instinctive shooting skills.

It does have some limitations, but again, this is the poor man’s version. I’m pretty sure your typical boresight isn’t design to absorb the strike of a firing pin, so you can’t really practice your trigger control with this method. But if that’s something you want, I’d recommend the sure strike laser ammo. This is a laser round for a system that is similar to the LaserLyte, except you can buy different adapters that will either give you a quick flash of light, or a continuous beam. You can also replace the snap cap part if it wears out. 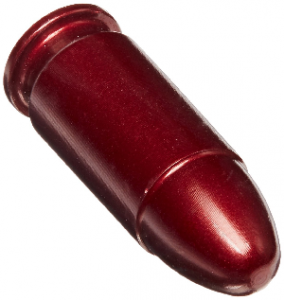 The boresights described in the above entries are great for practicing your trigger control, but unfortunately they will wear out at some point. Especially the LaserLyte bullet, which doesn’t give you the option to replace the cap that absorbs the firing pin. Some of these devices cost between 50 and 80 dollars, so if they break down on you, that’s a lot of money down the drain.

If you’re just starting out and need to spend more time practicing your trigger control, it might be a good idea to buy some cheap dummy rounds first. You can usually buy a pack of 5 for less than 20 bucks, and each one will be able to sustain thousands of strikes. And since you have to manually re-chamber a round every time you fire, having only one laser round can get pretty tedious after a while. Having five dummy rounds that you can load into your magazine means you can quickly reload several times without losing your focus. 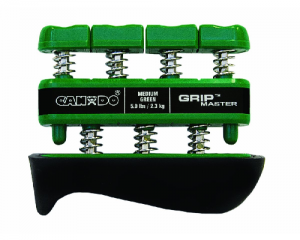 I’m guessing you weren’t expecting to find exercise equipment on this list, but here it is. Using a gripmaster is an effective way to improve your trigger control, and to maintain your aim between shots. If you have a weak hand, the gun is liable to shift slightly after every shot, forcing you to readjust over and over again. So not only will it make your shots more accurate, but it will help you shoot faster and with more consistency.

For this reason, it’s apparently become very popular among law enforcement agencies and military personnel. Though there’s a wide variety of exercise equipment to choose from, I’d recommend the gripmaster that is designed to strengthen your fingers with individual spring-loaded tabs. Shooting a handgun isn’t just about forearm and hand strength. Finger dexterity is a major factor as well.

So if you’re new to the shooting scene, I’m guessing you’ve probably already put down a lot of cash on a firearm, as well as ammo and equipment to go with it. It’s an expensive hobby for sure, but it’s also a very valuable skill that every independent minded person should master. Just know that it is possible to practice this sport without breaking the bank, and with devices like these, you can quite literally get the most bang for your buck.

Joshua Krause is a reporter, writer and researcher at The Daily Sheeple. He was born and raised in the Bay Area and is a freelance writer and author. You can follow Joshua’s reports at Facebook or on his personal Twitter. Joshua’s website is Strange Danger .