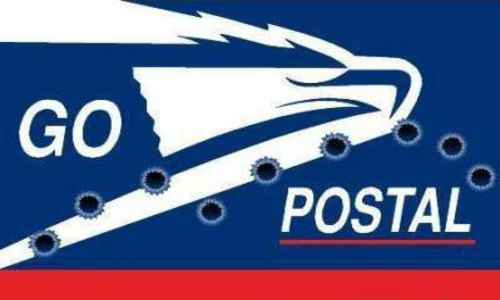 Earlier this year Kit Daniels reported that the U.S. Postal Service is joining other alphabet federal agencies in stocking up on ammunition and firearms. It’s an alarming trend that has swept the nation over the last several years and one that Alan Gottlieb, chairman of the Washington-based Citizens Committee for the Right to Keep and Bear Arms, calls “highly unusual.”

Conspiracy theories abound over the stockpiling of some two billion rounds of ammunition to date, leaving many wondering what the US government has in store for the American people.

Just last week, in the wake of the most recent Fort Hood shooting, mainstream media issued a report claiming that shooter Ivan Lopez was stockpiling weapons and ammo, when in fact he had purchased a single firearm and perhaps a few hundred rounds for it over a couple of visits to the gun store.

If his meager purchases are supposed to raise concerns with the American public and instill a sense of fear, then should we not be absolutely terrified of what our government is doing?

Earlier this year, the USPS posted a notice on its website, under the heading “Assorted Small Arms Ammunition,” that says: “The United States Postal Service intends to solicit proposals for assorted small arms ammunition. If your organization wishes to participate, you must pre-register. This message is only a notification of our intent to solicit proposals.”

Alan Gottlieb, chairman of the Washington-based Citizens Committee for the Right to Keep and Bear Arms, said: “We’re seeing a highly unusual amount of ammunition being bought by the federal agencies over a fairly short period of time. To be honest, I don’t understand why the federal government is buying so much at this time.”

A little more than a year ago, the Social Security Administration put in a request for 174,000 rounds of “.357 Sig 125 grain bonded jacketed hollow-point” bullets.

Before that, it was the Department of Agriculture requesting 320,000 rounds. More recently, the Department of Homeland Security raised eyebrows with its request for 450 million rounds — at about the same time the FBI separately sought 100 million hollow-point rounds.

“I don’t believe in conspiracy theories, but it doesn’t make a whole lot of sense,” Gottlieb said. “The amount of ammunition they’re buying up far exceeds their needs. It far exceeds what they’ll use — they’ll never use it all.“

It certainly doesn’t make a whole lot of sense. If you, as an individual, were to purchase a thousand rounds of bulk ammunition you’d be flagged, according to Senator Rand Paul, as a domestic terrorist.

Know good and well that some day there could be a government in power that is shipping its citizens off for disagreements. There are laws on the books now that characterize who might be a terrorist.

Perhaps what the government is afraid of and what they are preparing for… is us.

They may have bugged out of Bunkerville, NV last weekend, but you can rest assured that they are licking their wounds and reorganizing. They no doubt learned a lot during this incident, and they will be fully prepared for the next one, likely with military personnel and stockpiles of ammunition in tow.

While we’d like to agree with the notion that the government will “never use it all,” all signs suggest that they are building these reserves in the event that they do, in fact, need to use them.

It’s apparent that elements within the U.S. government foresee a set of events in the near future that will require them to raise up arms against the American people. If this is the case, then the stockpiling of two billion rounds of ammunition, firearms, tactical gear, and coffins across federal agencies that all have specific guidelines set out for “national emergencies” and martial law scenarios makes perfect sense.

They are planning for something big and they are doing so at an accelerated pace.

What Good Would More Gun Laws Do When the Feds Don’t Enforce the Ones We Already Have?

Are Guns and Ammo the New Gold and Silver?

One thought on “Going Postal: USPS Stocks Up On Guns and Ammo: “It Doesn’t Make a Whole Lot of Sense””