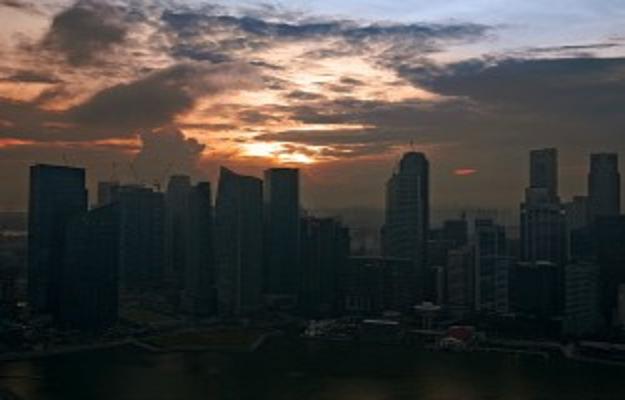 With all the recent attention about cyberterrorism flowing from the popular media’s kitchen sink approach to journalism, I thought it an appropriate time to address the very real possibility of an instantaneous GridCrash. And what makes a GridCrash so frightening is that it can happen without any warning, under a clear blue sky, in the middle of any day, and carries with it an unlimited supply of unpredictable downstream events. One second there is power and water and information. Then next second you’re Dark, Dry, and Dumb.

Today’s “normal” is housed in little more than a constant stream of ones and zeros that every computer everywhere consumes at a record rate even if the source of the numbers is highly questionable.  Add to that the massive arrogance and overconfidence held by those at the top of the computing food chain and you can easily see that this recipe for disaster is already in the oven baking away on broil.  The magnitude of this threat is so mind boggling that the shear weight of the implications are paralyzing to the point of indifference.  Ladies and gentlemen, we are so far down this rabbit hole that even if it does not cave in on us through malice, it will cave in under its own weight no matter what.

Sony’s recent woes are just the tip of the proverbial iceberg, but they are also a useful wake up call to 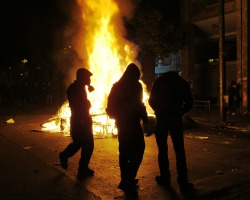 prepare for the most sudden kind of crash that produces no sound. Even worse, a crash might actually be a safer stop than what is likely to happen where we are terrorized first then we crash. The vast underestimation of North Korea’s cyber-capabilities, regardless of who is truly behind the wheel, is evidence enough to worry that this current ‘beta test’ is a dry run for all potentially malicious digital actions whether directly related or not.

Data breaches like those of Target, Home Depot, AOL, the US Government, and just about everyone else whether you were informed about it or not, are child’s play in the big picture. Got a pile of SS numbers and bank info? Well goodie for you. Lost personal data is like graffiti.  But when the keys to modern civilization’s kingdom go missing, we know it’s not a drill.

First, like identity theft the only way cyber trespassing is detected is after it happened. I can rattle off a pile of statistics, but since you are the likely recipient of  letter informing you of a data breach involving your personal information, you already know this is both real and out of control not to mention seemingly without any punishment to those who collected and then lost our data.

Second, if you heard about it, then its no longer internally contained and thus raging so far out of control that the PR nightmare and stock price drop will no longer deter the silence.

Third, the victim is at the mercy of the criminal’s word when it comes to the extent of the damage, and there is no way the criminal is going to show his complete hand. Instead, that fist full of aces will be thrown down over time and as needed. All we can do is watch and wait.

Consider North Korea’s threats. If they pulled off the biggest cyber-coup since the dawn of the 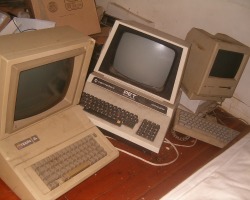 microchip, then pretending their threats are idle is foolish at best.  Strange thing about N. Korea, it is so far behind in all our measures of progress that of all the places on this planet, it is the one that seems the most contradictory when it comes to cyber-crime. It’s almost as if the mild mannered owner of the local burger joint runs the biggest meth dealership west of the Mississippi.

And forth, the downstream implications of a massive and malicious cyber-takeover are literally unimaginable due to the infinite number of combinations of outcomes. The forest of fault-trees has never been logged so we have absolutely no idea how this will play out. And no doubt the sugar coated outcomes delivered to Congress have made this sound like a vote-able choice was involved somewhere.  Making matters worse is that those who are paid the big bucks to think about this stuff have won’t share much info with us peasants. Not that it will make much difference, but it would certainly help.

Remember the big push to outfit all Americans with duct tape, bottled water, and plastic sheeting? 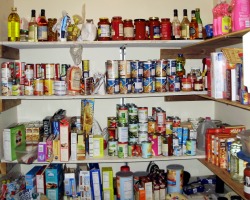 Well, that list should have included some additional items like tax breaks for preppers, survivalist literature displays at the post office and DMV, city council meeting updates on public survival education and supply channel backups, and most importantly, a candid and honest assessment of the risks given our current infrastructure. Since we are all relying on each other to do the job right the first time, and we know that rarely happens, we should build into our GridCrash plans the fact that things will be much worse much faster than what the red three-ring binder sitting on the shelf would lead you to believe. This will not be a slow whimper into darkness. It will be an instantaneous cyber shock wave that will leave everyone with their mouth open and their ears ringing.

So take a moment right now and think Boom! It’s over.  It’s not an EMP so your car will run through the gas you have on hand. Anything not relying on the water/electric/gas/financial/communication/medical/logistics grid will continue to function for a while, but that’s only the stuff you can touch with a 10-foot pole.  The rest is gone.  Vaporized.  Or worse.

The physical world is still here and just the same as two seconds ago.  What is different is that our modern society is not only held together with ones and zeros, but so much of our collective knowledge base is kept in those weightless digits as well.  The announcement from the White House stating that the Sony data breach is a national security issue means we are officially one small step behind North Korea, and one giant leap away from being able to do anything about it.

Well of course its a national security issue. What isn’t? But this is so much different than a traditional physical threat. This current “issue” is like a diagnosis of stage 4 cancer. The time for threat is gone. That ship sailed when Sony sin’s went public. The truth is we have no idea how, where, when, exactly who, why, and the biggest question of what. Chasing hope in a crime scene is not encouraging.  So on to plan B.

Regret Will Be Expensive

Make no mistake.  This is big.  When cell phones and computers go dark, we will be shocked and 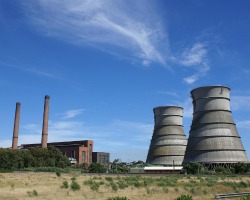 confused.  When water, power and food stop flowing, we will be scared and angry.  When the bullets start flying, we will be on our own. Remember all those good intentions of forming a neighborhood network of like-minds, all those survival items sitting in your Amazon shopping cart, all those additional cans of food you were going to buy soon?  Guess what?   You blew it. Yup, you screwed the pooch. May I ask why? Not that it matters now, but I’m just curious. Did you really believe that you would have any more of head start on this then you do now? The alarms have gone off. The lights are flashing. The doors are slowly closing. And its all in the headlines.

Look in the mirror. And then fish or cut bait. If you are waiting for someone to tell you what to do, well then I will right now. Follow this simple list:

This website and Survivalcache.com are jam packed with advice, gear, perspectives, solutions, and of course clues for unfriendly times.  But none of it matters if you don’t pull your head and your family out of the sand and do something. Anything is better than nothing, and you are much smarter than the average bear since you’ve read this far.  Its time to do some serious preparation.

Let’s, for a moment, let our imaginations run amok with near-Sci Fi scenarios of cyber-terrorism that, unbelievably, are actually already in play.  Consider for a moment what would happen if many of the cheap home wireless routers, internet TV appliances, and cheap no-name computers had malicious code baked into them at point of manufacture. Hardly a stretch. In fact there are cases where network devices were contaminated right out of the box.  The moment it was plugged in, it began its nefarious activities.  Now consider how many consumers could care less where the electronic device came from as long as its cheap or a Black Friday blowout sale.

Or how about data storage devices with on-board malicious code that automatically writes bad stuff to any media inserted into it. Or the very media (CD, DVD, USB, Etc.) that are shipped infected.  Maybe the code is dormant until a certain date, or maybe personal info is captured and sent to who knows where, never detected for years.  Even if we suddenly wanted to protect our grid, we can’t. That train left the station the moment you plugged in the cord.

Finally, imagine if a black market outpost was not full of arms dealers, but instead packed with a clean-cut suit-wearing business types selling stolen and mutated computer viruses.  When a virus, worm or operating system vulnerability is created or discovered, it could be worth millions of dollars. But unlike actual weapons made of molecules, digital weapons can be shared instantaneously all over the world, and an infinite number of perfect copies can be made from just one.  What if one AK47 could be instantly transformed into thousands or millions of AKs.  All you need is one gun and you can outfit an army. Oh, and that AK can be emailed.

Given the swift response the US made to N. Korea, I imagine that much of our current grid and network protection comes from a old-school MAD mentality rather than perfect security.  MAD, if you recall is a nuclear annihilation model where you assure the destruction of your enemy if they are so stupid to annihilate you.  Perhaps those in the top-floor offices believe that nobody is dumb enough to destroy another country’s grid because it will result in the immediate destruction of their own grid.  Hmm.  I don’t think I’ll hold my breath for that to work very much longer.  Finding a digital-suicide bomber is only a matter of time.

However, if it’s any consolation, I offer this one-time opportunity to our readers.  Should you find yourself in a GridCrash, just head Montanaward and make sure to identify yourself as a SHTFblog.com reader or a fan of Survival Cache.  Should you happen to stumble upon my land, I will welcome you with open arms.  You see most of the essentials of modern life are still just interesting conveniences out here in wild Montana.

The Six P’s and the Three S’s of Prepping

Selco: The Reality of Barter and Trade in an SHTF Economy