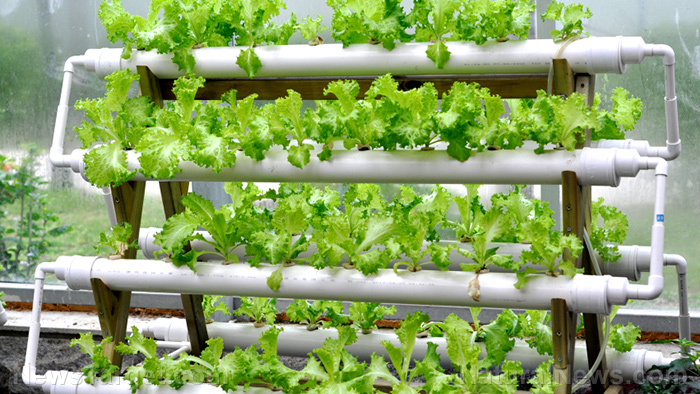 Hydroponics is a form of gardening that doesn’t involve soil. Instead, plants are grown in a nutrient solution and a controlled environment. Hydroponics is popular among hobbyists who like to grow their own foods at home. This system not only requires less space and helps conserve soil and water, but it also improves plant yield. In addition, hydroponics allows plants and vegetables to grow faster and year-round, making it an attractive system to use for commercial food production.

In a recent study, researchers from Japan explored the potential of hydroponics for growing medicinal plants. They cultivated Coptis japonica, also known as Japanese goldthread, using hydroponics and evaluated the safety, efficacy and biological properties of extracts obtained from the plant’s rhizome. Widely used in traditional medicine, the roots of Japanese goldthread is said to help control bacterial and viral infections, relax spasms, reduce fever and improve blood circulation. The herb also has analgesic, anesthetic, anti-inflammatory and stomachic properties that make it a great remedy for dysentery, enteritis, high fever and conjunctivitis.

The researchers discussed their findings about hydroponically grown Japanese goldthread in an article published in the Journal of Natural Medicines.

To evaluate the biological properties of artificially cultivated Japanese goldthread, the researchers first grew the plant using a hydroponic cultivation system. They then obtained extracts from its rhizome and compared their activities with those obtained from commercial crude drugs containing Japanese goldthread extracts. The researchers decided to test two things: the extracts’ mutagenic (causes DNA mutations) and anti-allergic activities.

Using Ames test, a method commonly used to determine whether a particular substance can induce mutations, the researchers found that none of the extracts from hydroponically grown Japanese goldthread and commercial crude drugs showed significant mutagenicity in Salmonella typhimurium TA102. In contrast, all the extracts exerted mutagenic effects on S. typhimurium TA98.

The researchers also found that the rhizome extracts of hydroponically cultivated Japanese goldthread showed anti-allergic activities against contact hypersensitivity similar to those shown by the commercial crude drugs. (Related: Black cumin is great for allergic rhinitis – and many other conditions.)

Based on these findings, the researchers concluded that hydroponically cultivated Japanese goldthread possesses similar biological activities to commercially available products. As such, plants grown using hydroponics are excellent alternatives that can be used for medicinal applications.

Hydroponics is well-suited for urban gardeners, especially those who live in apartments and have no access to outdoor gardening plots. The easiest plants to grow with this system are leafy greens like spinach, lettuce, kale and Swiss chard, and fruiting plants like chili peppers, strawberries and tomatoes. Here are five different ways you can set up your hydroponic system:

Hydroponics is a useful system that allows gardeners, especially apartment dwellers, to grow edible and medicinal plants even without soil. It also increases plant yield and growth rate without changing the desirable properties of the plants. To learn more about hydroponics and urban gardening, visit HomeGardeningNews.com.

Hydroponics: The Good, The Bad, & The Necessary Equipment

The 5 Best Chicken Breeds for Your Homestead