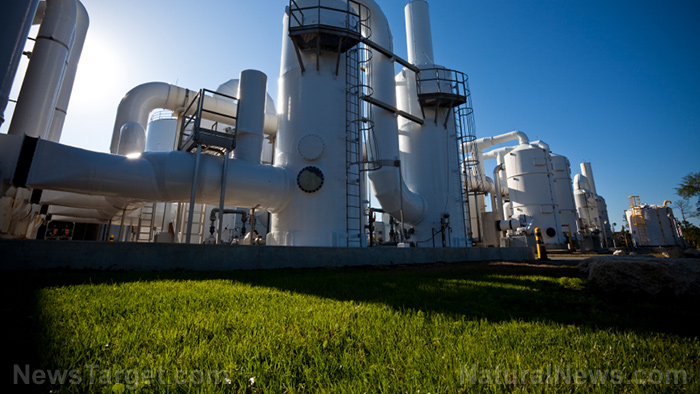 The Florida town of Oldsmar recently had its water supply hijacked, resulting in “potentially damaging levels” of sodium hydroxide (lye) being dumped into its drinking water.

Plant operators noticed strange activity on their monitors as chemicals that are normally used in smaller amounts to treat the water were amped up to significantly higher levels capable of killing people.

An unauthorized and still unidentified third party somehow gained external access to the system, allowing for the real-time adjustment of lye levels being injected into the water supply.

“A plant worker first noticed the unusual activity at around 8 am Friday when someone briefly accessed the system,” reports indicate.

“At about 1:30 pm, someone accessed it again, took control of the mouse, directed it to the software that controls water treatment and increased the amount of sodium hydroxide.”

The hacker’s identity has yet to be uncovered, but whoever it was exposed a serious breach in the computer systems that manage and control water supplies not just in Oldsmar but all across the country.

According to local sheriff Bob Gualtieri, the system was briefly manipulated to initiate the dumping of upwards of 100 times the normal amount of lye into Oldsmar’s water supply.

“The chemical is used in small amounts to control the acidity of water but it’s also a corrosive compound commonly found in household cleaning supplies such as liquid drain cleaners,” reported the Tampa Bay Times.

“This is obviously a significant and potentially dangerous issue,” Gualtieri is quoted as saying.

How long before someone hacks the fluoride systems to fully destroy people’s brains?

Gualtieri insisted to reporters that the public “was never in danger” because even if the plant operator had failed to quickly reverse the hack, “it would’ve taken between 24 and 36 hours for that water to hit the water supply system.”

Still, the vulnerability is concerning, especially since there are other chemicals like toxic fluoride that could likewise be hacked to start dumping profusely into drinking water supplies.

Fluoride at the levels currently laced into many municipal water supplies throughout the United States to “treat tooth decay” is already dumbing people down and creating a crisis of chronic illness. Were fluoride levels to be increased any higher, people could very well end up having to be rushed to the emergency room for a different kind of treatment.

Research out of Harvard University found that children exposed to government-approved levels of fluoride in drinking water have lower IQs than children who live in areas where drinking water is not fluoridated.

Dozens of studies over the years have come to similar conclusions, which is why we have long warned against artificial water fluoridation and encouraged our readers to contact their local governments to demand its removal.

Fluoridating water amounts to forced medication of the masses with a deadly neurotoxin. No doctors are involved in its prescription as the local water companies dump it in without people’s consent, which is a crime against humanity.

Since it appears that minimal effort was required to over-chemicalize the water in Oldsmar, how easy would it be to do the same with fluoride all across the country? The Oldsmar case serves as a warning to all other water municipalities to pay even closer attention to what their remotely connected computers are doing.

“Critical infrastructure shouldn’t be remotely accessible,” wrote one Zero Hedge commenter. “Most of these facilities are supposed to be hardened to some extent, especially post-911. It’s a security state but only on Wednesday.”

“Why are water systems connected to the internet in the first place?” asked another.

Grid Down: How to Get Water From Your Well When There is No Power