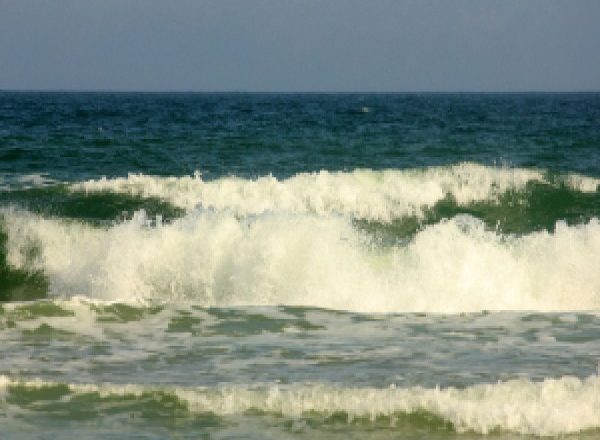 Whether the water delivery system stops functioning, or the water supply becomes tainted, you can practically guarantee that our precious H2O will become a hot commodity during a crises.

For a majority of the population, it is only when a disaster threatens our basic needs, that we become overly concerned. Which is kind of frightening when you think about it, because during any serious disaster the one thing we need the most usually becomes very scarce. That is, drinking water of course. Whether the water delivery system stops functioning, or the water supply becomes tainted, you can practically guarantee that our precious H2O will become a hot commodity during a crises. So you should probably be thinking about alternative sources of water, long before disaster strikes.

Don’t tell that to California though. Their water crisis hasn’t come in the form of an abrupt disaster, but a devastating drought that has been several years in the making. Despite this, they’ve only recently taken serious measures to avert a water shortage. Better late than never I suppose.

Chief among those measures, has been San Diego’s new desalination plant, which is set to open in November. The plant will cost $1 billion, and will have the largest production capacity in the Western Hemisphere at 50 millions gallons per day. The facility is being built with the help of Israel’s IDT Technologies Ltd. which is a rather fitting choice because Israel is considered the poster child of desalination.

They were once a country that was hit with drought and water shortages on a frequent basis. Now they get about 25% of their water through desalination (which is expected to rise to 50% before the end of the decade), and have even considered exporting some of their water to Turkey. Israel has proved to the world that desalination is now a viable option for achieving a self sufficient water supply.

They’ve truly paved the way for making it far more economical than it used to be. The plant they helped build in San Diego is going to produce water at twice the cost of natural sources, which sounds bad but is actually a huge improvement from a few years ago. This desalinated water is going to cost less than a penny per gallon, which isn’t too shabby. Hopefully more California cities will start looking to the ocean for their water needs. If it helped Israel, one of the driest countries on Earth, then it could certainly pull California out this drought.

But what about the rest of us? After all, this is a website for preppers. Does desalination have any practical applications for us? Or is this only an option on the large scale? Well, yes and no. It’s not really economical on the small scale, so you probably won’t be setting up a desalination filter in your home any time soon,  but it could certainly work in an emergency.

I should also add that it would be a good idea for urban preppers to learn how to desalinate their water. Most people live in the cities and most cities are by the ocean. It may be the only source of hydration in those areas if the water is ever shut off. Fortunately the process isn’t that hard, and should be familiar to preppers who know how to sterilize water.

That’s right. It’s as easy as boiling water, albeit with one additional step. You have to find a way to capture the steam and condense back into a liquid. To give you an idea of how that might be done, check out this man’s quick and dirty desalination system.

As you can see, it’s a very simple process. I could imagine improvising this in a dozen different ways. Of course, that’s a very energy intensive way to derive fresh water from salt water. Fortunately you can also use the sun to desalinate the ocean.

You can also buy a hand operated reverse osmosis device, which works on the same principles as the desalination plant in San Diego. However, they’re usually very expensive. If you can afford it though, by all means. It should make the whole process a lot easier.

So if you’re a prepper who lives in the city, or anywhere else along the ocean, now is the time start practicing some of these methods. Don’t be like the state of California, and wait until the crises has passed before doing something about it. Become proficient with water desalination now, before disaster strikes.

How to Grow Tomatoes

How to Make a Water Filter