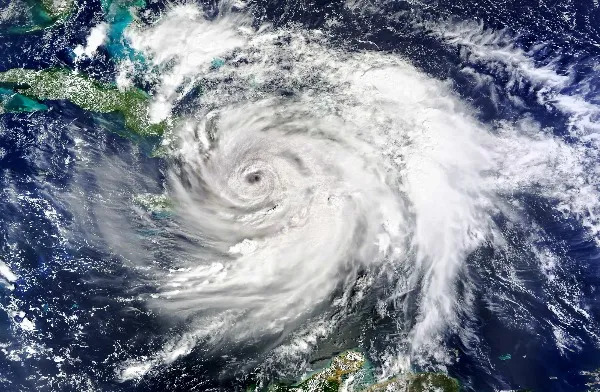 Hurricanes are getting worse and more severe.  They’re bigger, wetter, stronger, and slower. Scientists agree that the 2022 Atlantic Ocean hurricane season, spanning June 1 to November 30, will be the seventh straight season with more storms than average.

Recent seasons have been marked by an increase in rapidly intensifying hurricanes linked to warming ocean waters. Because of this terrifying vision, researchers are planning a new state-of-the-art facility to re-create the havoc wreaked by the most powerful hurricanes on Earth. In January, the National Science Foundation awarded a $12.8 million grant to researchers to design a facility that can simulate wind speeds of at least 290 km/h — and can, at the same time, produce deadly, towering storm surges.

Scientists are suggesting the current scaling system used for categorizing hurricanes may be outdated. As the storms continue to worsen, scientists insist that those who live in coastal communities around the world need to know how to prepare: how to build structures — buildings, bridges, roads, water, and energy systems — that are resilient to such punishing winds and waves. That’s where simulating an intense storm comes into play.

More Hurricanes Are Incoming! Prepare For Them Now!

Are Category 6 Storms Even Possible?

To help with preparations for a category 6 storm, Florida International University in Miami researchers are leading a team of wind and structural engineers, coastal and ocean engineers, computational modelers, and resilience experts from around the United States to work out how best to simulate these types of devastating storms. Combining extreme wind and water surges into one facility is uncharted territory, says Ioannis Zisis, a wind engineer at FIU. “There is a need to push the envelope,” Zisis says. But as for how exactly to do it, “the answer is simple: We don’t know. That’s what we want to find out.”

Even though category 6 hurricanes are not official designations, storms of intense magnitude have been referred to as such. Just in the last few years, Hurricanes Dorian (2019) and Irma (2017) in the Atlantic Ocean and super Typhoon Haiyan (2013) in the Pacific Ocean have brought storms with wind speeds well over 290 km/h.

But it isn’t just wind speed that needs to be taken into account. According to the video above, scientists question whether or not to add additional factors such as total rainfall and even damage to landmasses to determine how catastrophic a hurricane can be.

How Hurricanes are Categorized

The National Oceanic and Atmospheric Administration, or NOAA, rates hurricanes in the Atlantic and eastern Pacific oceans on a scale of 1 to 5, based on their wind speeds and how much damage those winds might do. Each category spans an increment of roughly 30 km/h.

Category 1 hurricanes, with wind speeds of 119 to 153 km/h, produce “some damage,” bringing down some power lines, toppling trees and perhaps knocking roof shingles or vinyl siding off a house. Category 5 storms, with winds starting at 252 km/h, cause “catastrophic damage,” bulldozing buildings and potentially leaving neighborhoods uninhabitable for weeks to months.

But 5 is as high as it gets on the official scale; after all, what could be more devastating than catastrophic damage? That means that even monster storms like 2019’s Hurricane Dorian, which flattened the Bahamas with wind speeds of up to nearly 300 km/h, are still considered category 5. -Science News

FIU already hosts the Wall of Wind, a massive hurricane simulator located in a large hangar anchored at one end by an arc of 12 massive yellow fans. Even at low wind speeds (around 50 km/h), the fans generate a loud, unsettling hum. At full blast, those fans can generate wind speeds of up to 252 km/h which is equivalent to a low-grade category 5 hurricane.

If the scientists are successful at creating a category 6 hurricane, then they could help people prepare for what is coming.