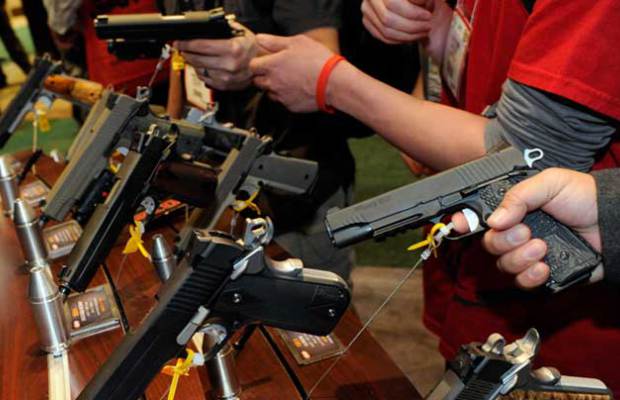 As preppers we routinely discuss the need to have firearms for home security. Logically, one of the next questions revolves around how to select the best handgun for home defense. You may know that you need a handgun or someone is telling you that you need to get a handgun to defend your home, but if you have never even held a handgun, how are you supposed to know what to purchase? This issue isn’t constrained to little old ladies or fearful women; men have a lot of questions too. In each case, it is easy to make purchase decisions that don’t take into account a lot of variables that could mean the difference between finding the best handgun for home defense and some bloated monstrosity your brother recommends.

Not to pick on your brother, but there are a lot of considerations to take into account if you want to get the best handgun for you. I am not talking about the best handgun in the world although there may be preppers who comment below about a certain make or model or caliber and the inherent strengths of their choice. Buying a handgun for home defense is something that you need to think about if your goal is to ensure you have the best tool that is going to help you keep your family or yourself safe. Before we can even begin talking about which gun you need, let’s start by asking yourself a few questions.

What do you need this handgun for? 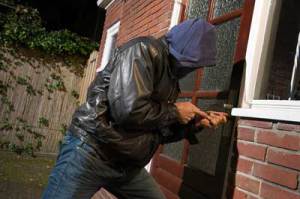 Handguns are a common choice for home defense

That seems like silly question but in reality; you need to ask this first above all others. If you ask me why do I want a handgun, I would answer that I want a handgun so that I can use it to defend myself or my family from someone who intends to do me harm. I think this is a fairly normal answer, but there are other reasons people buy handguns. Some people purchase handguns because they simply like the fact of owning a gun. You see Angelina Jolie on the screen wasting bad guys with a big hand cannon and you say to yourself, I gotta get one of those! I don’t think there is anything wrong with that necessarily as long as you above all things use the firearm in a safe and responsible manner.

Knowing why you are purchasing the handgun is an important question because it can affect other decisions you have to make. It is also important that you understand the gravity of making a purchase like this. If your intent is to protect your home, have you seriously considered the possibility that you may have to shoot someone to stop violence from happening to yourself or a member of your family? If you are not willing to shoot someone then maybe you should make another choice.

The purpose of your handgun should decide some of the characteristics of the eventual gun you buy. For instance, if you wanted to buy a handgun for defending your home that can influence the caliber, the style and even the ammunition you would load into it.

Where are you going to keep/carry it?

The next question is where are you going to carry this handgun. Is your intent to carry this handgun concealed with you every day or do you plan to keep this at home for home defense? As you can imagine, the method of carrying your firearm should influence what you are purchasing. If this is going to be a concealed carry weapon, that will determine size first and how you secure it (holster). If this is going to be a bedside gun, are you going to need a safe with biometrics to prevent access? Do you plan on locking this in another location like a larger safe? The answer to the first question might dictate some of this.

If you are looking for a handgun for home defense, how do you envision needing to use it? Do you plan to run to your bedroom if someone kicks down the door or will you have this handgun hidden somewhere that you hope you can access?

What size/type do you need?

OK, so we have determined what you plan to use the handgun for and that is home defense. This entails the possibility of shooting someone. Again, this assumes you have carefully considered if you are willing to take another life to defend your family. If you aren’t ready to do that, then I would reconsider purchasing a firearm in the first place. Assuming you are ready to pull the trigger if needed, we move on to more specific questions.

There will be a debate over caliber that nobody will ever win. I can tell you my opinions, but you need to come to your own decision on the caliber you need. The debate with handgun calibers is usually centered around stopping power. Stopping power is really just how much force a given bullet will hit someone with. So, the logical thought is the larger the caliber bullet, the more stopping power, the better the round is for home defense. It isn’t that simple though.

For handguns, there are some common calibers that most people use. The common calibers for handguns would be .9mm ,357, .40 and .45. There are others, but these are the most common.  The larger the bullet, the more mass will hit your target, but there are hundreds of different load configurations that make the actual act of figuring out which round is the best difficult. To get a sample of some of the options, you can look at this chart on Chuck Hawks site.

If I am shooting at someone in my home I want that bullet to do the most damage possible so that I can stop the bad guy as quickly as possible. For me that means a larger bullet with a little more kick. My preferred home defense caliber is .45 with hollow point bullets. Is that the perfect round choice for everyone? Not at all.

With a larger caliber you have some what higher recoil on the handgun when you shoot it. With greater penetration, you may have to worry about rounds going through walls and injuring someone that isn’t even in the same room as you. With 45’s you will always have less capacity in the magazine, because the rounds take up more room. With a .9 mm for example you can probably hold double the rounds. There are trade-offs though.

Related:  Back to Basics: Are You Prepared to Defend Your Family?

What to choose? I would say that you need to shoot several different rounds before you make a decision. Your firearm should be the best for you because you can use it better than another. For example, I have a Glock .9mm that I thought would be perfect for my wife but time after time at the range it would mis-fire for her. There wasn’t anything wrong with the pistol because I would shoot it without a single malfunction. I just assumed the smaller caliber/less recoil of the Glock would be better for her because she was a woman.

Her favorite is my old 1911.45 though because it feels “right” in her hands and she can shoot it very accurately without ever missing a shot. 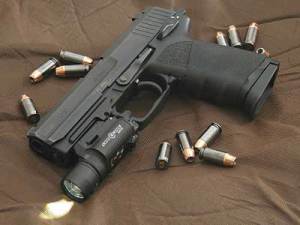 Handguns have a lot of accessory options

Trying it on for size

Which brings me to my next point.  If you are looking for the best handgun for home defense, you need to try several out before you purchase. Almost any gun store with a range has a rental program where you can actually shoot several different firearms to see which one feels the best. If this is your first purchase I would never recommend buying a handgun without firing it first.

You are looking for several things when you are trying out a handgun. First, does the size match your intended carry method above? Next, does it fit in your hand correctly? A lot of gun manufacturers offer replaceable grip extensions now to augment the grip. The handgun should feel perfectly mated to the inside of your palm. How does it feel when you shoot it? Shooting a handgun should be a simple extension of squeezing the trigger. There will be a little recoil of course but it shouldn’t hurt. You should also be able to generally hit what you are aiming for. Don’t expect perfection if this is your first time shooting, but different guns shoot differently. Going back to the story of my wife; she was much more accurate with the .45 than she was with the .9mm and that has nothing to do with caliber. The .45 just fit her better.

There are a lot of accessories you can purchase for a handgun. There are weapons lights that will illuminate what you are shooting at. You can even find integrated laser sights that when properly aligned will shine a laser pinpoint right where your bullet will land giving you an easy heads up way of pointing without necessarily looking down the sights on top of the weapon. There are even custom parts to change the appearance of your handgun. I would hold off on all of this until you have a gun that is working perfectly for you. There will be time to pimp your handgun later.

Of course, once you have purchased that handgun you have to practice with it. You can’t expect to be very proficient with a firearm if you never pick it up. Even though the price of ammo is a lot higher than it used to be practicing with your handgun is vital to ensuring that you will be able to use it for the reason you purchased it. When your life is on the line you want to make sure that the handgun you purchased for home defense isn’t an expensive paper weight.

What Is The Best Kydex Holster Option for Your Handgun?