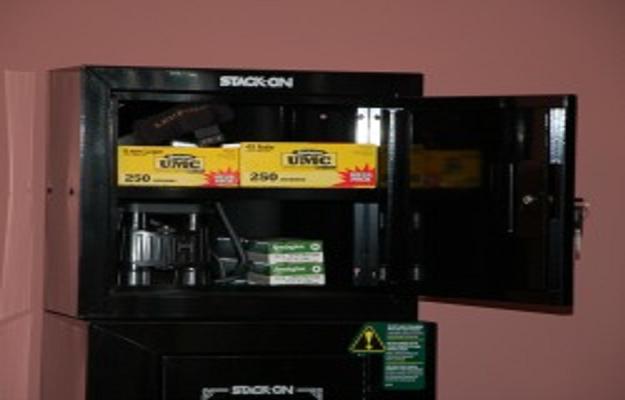 One of the most basic premises of a SHTF survival scenario is whether to stay put or pack up the SUV and hit the highway.  If you dodge out the garage to join the caravan of other escapees on the interstate, where are you going?  Do you have an alternative site already in mind or do you just hope to dead end off a gravel road in a national forest somewhere, throw up a tarp top and hope for the best?  Do you have enough supplies, gear, and stamina to handle it?  Or do you plan to hunker down where you reside and wait it out?  Despite the obvious detractors, Bug Ins have a lot of positive perspectives.

Clearly there are circumstances where even a Bug In will not work, nor would it be prudent to stay.  Hurricane Katrina comes to mind.  If your residence is about to be blow to bits by a major storm, flood, or other natural disaster, then you have to go ready or not.  Still even if you plan to Bug In long term, always plan a quick escape bag just in case.  But, lashing down the hatches and sitting tight can be a good plan, too.

As Dorothy from Kansas found out, there really is no place like home.  At the very elementary levels of 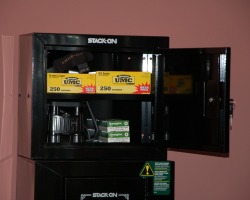 this plan, you hopefully have a relatively secure roof over your head.  This may be a house, mobile home, barn or other livable structure.  Mainly we are talking those of us lucky enough to have a single family dwelling.  You might be residing in an apartment house or townhouse, so plan accordingly for the potential of having stressed neighbors through the next wall.  Still a multi-family structure of some kind seems better to me than trying to make it in a cave or lean-to out in the woods somewhere.  A house offers four walls, a roof, and internal rooms for various functions including ample room to store survival stuff.  You may be lucky enough to have a garage or two or more.  Maybe there is an attic or basement, too.  The extra space is important to a strong mind when living out a survival situation.  A house should not be viewed as confining but as comforting.  You know your surroundings inside and out and that means a lot.  A Bug In domicile has to be more restful and that element is critical.

Also Read: To Bug In Or To Bug Out

Likewise you know the basics of your neighborhood.  You should know who lives next door, how many people should be in each house and hopefully something about their temperaments, attitudes, skill bases, and supplies they might have.  You might even have an idea if they could be helpful or a hindrance.  That is a whole lot better situation than having another group set up camp right next to you in the wilderness having come from out of nowhere.  The unknown can really work on the mind and psyche.

Following the Bug In logic, your residence would be easier to defend as well.  That might not be so easy 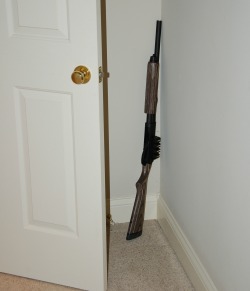 in reality, but again you know the set up inside and out.  This gives you a heads up on perhaps what to expect and from where.  You know the strong defense positions of your house and yard as well as the weak ones.  Always be preparing for all the possible contingencies.  As with approaching hurricanes along coastal areas prone to such events, I know homeowners prepare in advance by building strong plywood coverings for their windows, and doors.  This might be a suitable idea for prep for a survival scenario of any kind as well.  Again with a Bug In you have that option with the foundations of the structure already in place.  For sure weak points need to be fortified.

Inside our Bug In we have an idea how to defend it.  We know which windows to cover, which to guard, and which to use as observational posts.  It is the same with exit and entry doorways, garage doors, or outside basement entries.  We can harden or cover the most vulnerable and/or set up weapons at each point just in case of a breech attempt.

With free movements inside a house, we have plenty of room to lay out defensive gear, weapons, ammo, observational optics or whatever else we may have in store for potential invaders.  Those weapons and gear can be held securely and safe from the elements.  Outside it would be a constant battle to keep weapons operational, clean, dry and protected from extended environmental conditions.

This treatise hardly scratches the surface of considerations for conducting a Bug In plan for survival.  For me and my circumstances, there really is no viable alternative, so I am planning accordingly.  How are you executing your Bug In plan?  What other concerns should we be addressing?  Let us know your ideas.