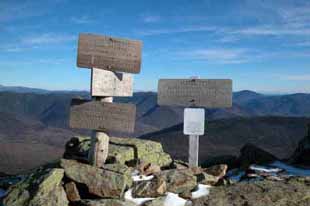 In the Event of a Major Evacuation, Know the National Trails

When a major disaster strikes America, knowing where and how to evacuate can be a sure way to survive catastrophic events — such as a nuclear attack.

We hope our articles help you in a survival situation.

In other words, when that survival situation occurs, regardless of what caused it, we want you to have a fighting chance.Or perhaps a running chance is more accurate. And when we thought of where to run away to, one thing kept coming up. Trails, trails, trails. In this case, many times we’re talking about national trails. So if you need to get away from where you’re at, consider taking one of the trails below to safety.

And remember: If there is any chance at all of you journeying in such a fashion, whether due to an emergency or otherwise, it might be prudent to purchase a detailed map beforehand and learn about hiking by getting out and actually going for some nearby day-hikes.

Before we get started, at the link at the top of this article is a map of the United States that identifies what part of the nation each trail crosses over (this is a great resource, and it may not be a bad idea to print out a picture of the map, and have your loved ones keep it in the glove box of their car, along with their state / regional trail map).

The Pacific Crest Trail (also known as the Pacific Crest National Scenic Trail ) is a long distance mountain hiking and horseback trail that starts and ends in interesting places. Namely, it goes from the United States border with Mexico to its border with Canada, crossing up through the states of California, Oregon, and Washington.Thus, if you want to head north to Canada (from California, Oregon, or Washington) it’s a great trail to consider.

For the most part the trail takes hikers through National Forest and protected wilderness areas, avoiding real civilization at all costs. Thus, it’s a marvelous place to get away from congested areas and hide, if one must. In terms of the specifics, the Pacific Trail is 2,650 miles long and parallels the Pacific Ocean by 100-150 miles depending on the spot in question.

Thus, you’re never extremely far from the western edge of our country or the ocean.

Each year, a few hundred people give the entire trail a whirl (about 180 people complete it each year). An important note is that the trip usually takes between four and six months for these hikers to complete in whole.

Of course, these people tend to pick up supply packages along the way, thanks to groups who call themselves “Trail Angels”. Trail Angels are people who usually live in nearby towns, who offer their services to out of state hikers. At specified points, hikers know where to look for fresh supplies (this generally means packaged food, such as freeze-fried meals sold at backcountry and outdoor recreation stores).

* Editor’s Note: These people who call themselves “Trail Angels” might not be available in an emergency situation — in that case it may take an actual angel of God to bail you out of trouble. Consequently, if you ever needed to traverse the entire trail (from Mexico to Canada), expect it to take quite a bit longer, considering that you may have to hunt / fish / forage for food along the way.

Finally, as with almost all of the trails that will be mentioned in this article, in order to hike it you may need to deal with extreme heat (southern end) or cold (mountain areas and up north). Thus, your access point and what state you’re in when you get on the Pacific Crest Trail will go a long way toward determining what you will need to be wearing, as well as the equipment you’ll be needing (snowshoes, for example, if traveling late fall through early-spring).

LINK: How to Make Emergency Snowshoes

LINK: How to Make Snowshoes in a Survival Situation

Late Spring through Early Fall most of the Pacific Crest Trail should be free of any snow. During summer, of course, when all the snow has melted, the trail should be entirely open.

The Lewis and Clark Trail

The Lewis and Clark Trail runs 3,700 miles in total, making it the second longest of the 23 National Scenic and National Historic Trails.Because it also allows bicycles, it’s not listed as part of the National Trail System at the link at the top of this article. Here is a website on this specific trail:

History, Maps, and Travel on the Lewis and Clark Trail

The Lewis and Clark Trail begins at Hartford, Illinois and passes through the states of Missouri, Iowa, Kansas, Nebraska, South Dakota, North Dakota, Idaho, Montana, Oregon, and Washington. The official headquarters of the trail can be found in Omaha, Nebraska.

Of important note is that the trail follows the Missouri and Columbia Rivers, adding to its relevance as an evacuation route as one can utilize a boat as well as their feet when traversing the areas around the trail.

Interestingly, there have been reports that this trail has also become popular with bikers.

If you were to decide to journey on this particular trail, the first thing you’d find is wilderness. The second thing? How about some more? In other words, the Appalachian Trail is generally surrounded in wilderness, making it an ideal place to get away. That said, there are some portions of the trail that traverse towns, roads, and cross rivers.

Perhaps the best part is that the Appalachian Trail holds more than 200 shelters and camp sites along the way, providing places to decompress and rest. These shelters are often called lean-tos (in Maine) or huts (in New Hampshire), and for the most part are open, three-walled structures with a wooden floor.

They are usually placed near a source of water as well, which could prove to be valuable information in a survial situation.

Unfortunately, this trail is a combination of dedicated trails and small roads, so not all of it is beyond reach of civilization. Further, it isn’t entirely complete, and the areas that have not yet been completed can only be traveled by bushwhacking or road walking.

It takes about six months to traverse the entire trail.

Travelers should also realize that there is very little water to be found along the trail in New Mexico. However, in that area (about 700 miles) there are usually plastic gallon jugs left to utilize for water gathering purposes.

The Florida Trail is a footpath that is 1,400 miles long between Miami, Florida and Naples. It is a National Scenic Trail (one of only eight in the United States). Unlike many of the trails on this list, Florida Trail hikers will not have to worry much about the cold.Florida Trail

That said, gators and the heat are certainly things to concern yourself with.

The North Country National Scenic Trail (NCNST), is still being elongated. That said, when it’s all said and done, it will span a whopping 4,600 miles from Crown Point in eastern New York to Lake Sakakawea in western North Dakota. Thus, it’s the longest of the eight National Scenic Trails in the United States.The North Country Trail passes through the states of New York, Pennsylvania, Ohio, Michigan, Wisconsin, Minnesota, and North Dakota. Along the way, hikers will find numerous parks, forests, wildlife refuges, and historic sites.

But again, this trail is not totally complete.

A Note Regarding These Trails and Weather

There are so many things to consider when crossing trails like these, especially when it comes to the weather. Unfortunately for those attempting to journey on such trails, there really isn’t a way to say go during this month and you’ll avoid bad weather. Why?Because it all depends on where you plan on accessing such a trail. Further, it depends on the distance you plan on traveling. For example, it could take up to seven months to traverse the entire Pacific Crest Trail. Thus, if you leave in August (summer) and need to go far on the trail, you could quite possibly end up on the trail in the dead of winter up north toward the tail end of your journey.

Thus, there’s no way to get around smart planning when it comes to journeying on trails such as these. Still, here are some things to consider bringing with you:

1. Several layers of clothing, preferably polypropylene or other hydrophobic synthetic fabrics. Cotton retains water and should be avoided. Wool doesn’t absorb water and will keep you warm as well. Remember that the extremities (hands, feet) must be protected at all costs.2. Snowshoes for walking.

3. An ice pick / ice axe (you may have to go up a steep slope at some point; even in the summer season the top of a mountain pass could be covered in snow).

5. Either have a shelter or know how to make a shelter known for it’s insulating and weather protecting properties.

6. A weapon if you figure on needing to hunt — and for self defense, should crooks from a nearby town decide to try their luck on a trail that connects to the national trail you’re hiking on.

1. Sunscreen (it’s not a pleasant experience to blister on the trail from a serious sun burn).2. Hat (shade against the sun, some covering from bugs).

6. Bug spray.7. Weapon or fishing pole if you’ll be on the trail long enough to catch your own food.

8. Maps (you want to be able to read the terrain for lakes big enough for fishing and so that you know where the drainage baisins are, which can be prime places for hunting big game like deer and elk).

10. Non perishable food and plenty of water, as well as a portable ‘backcountry’ water filter for filtering water along the trail. Tincture of iodine is a secondary way to filter water, only calling for a few drops to provide daily water needs. 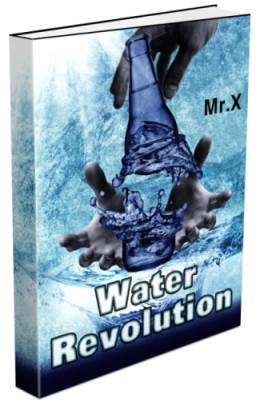 Keep in mind that these are hardly exhaustive lists. For more information on items essential to outdoor survival, read the articles listed in our wilderness survival section.

Please also know that hiking can be difficult and even dangerous work, depending on where you’re entering the wilderness or what season of the year it is. Therefore, if you could see this in your future plans, whether they be emergency driven or otherwise, learn how to hike from an experienced person right now, as no article can be expected to teach you all of what you’ll need to know from stem to stern.

The 3 Ways Doomsday Preppers Will Die

Emergency Evacuation Checklist: Are You Prepared to Bug Out Fast?