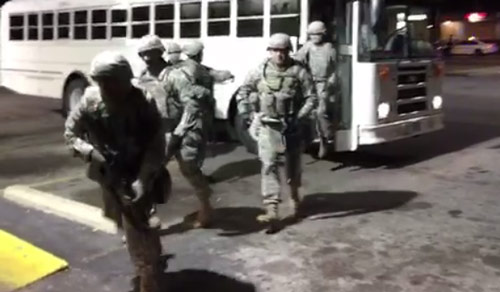 …Police can be heard broadcasting messages across the city advising protesters that failure to follow their orders and dispurse will lead to arrest.

…Missouri State SWAT Teams deployed around the city of Ferguson.

The National Guard has arrived in Ferguson and they are fully armed according to witness reports:

This seemed to sum things up… (Via ZeroHedge)

Is America about to descend into chaos?