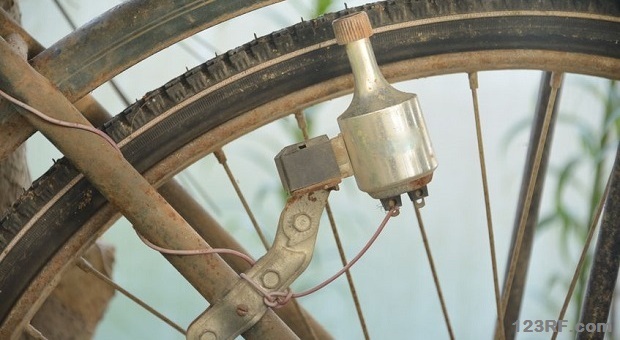 It’s been noted than in virtually all the post-apocalyptic scenarios depicted in movies, or novels, you rarely ever encounter anyone riding a bicycle. But it stands to reason that bicycles will end up being one of the chief modes of transportation in the event of grid failure or almost any long-term SHTF situation.

As any prepper knows, the shelf life of gasoline is short. And even if that weren’t the case, internal combustion engines can be difficult to maintain over a long period, especially if you don’t have access to the right tools, spare parts, etc. On the other hand, a well-maintained bicycle can last for decades, requiring a minimum of spare parts, tools and know-how. That’s not to even mention the low cost of purchasing one in the first place.

Bicycles have been around for centuries now, and aside from some relatively minor improvements and lots of variations on the theme, the technology is essentially the same as it was in the late 19th century, when the first chain-driven upright bikes were introduced.

The bicycle is possibly one of man’s greatest inventions, especially when one considers the facts that riding a bicycle causes essentially zero harm to the environment and is the most efficient means of human-powered transportation available. The raw materials and energy expended to manufacture a bicycle are negligible compared to its long-term potential value.

6 Reasons To Choose A Bicycle

In a SHTF situation, a bicycle could prove to be an enormously valuable tool for survival.

Aside from being a means of getting from one place to another much more quickly than on foot, bicycles have many advantages over foot power, and in some cases, even over motorized transportation.

Although, of course, a bicycle may not be as fast or capable of the long distances achievable with a motorcycle, car or truck, the relative advantages are numerous:

Bicycles also have many valuable uses beyond simple transportation. Bicycle parts, particularly the pedals and drive train, can be converted into highly useful tools. Pedal power can be harnessed to perform a great number of tasks, including generating electricity, recharging batteries and powering a wide variety of tools.

If the power grid goes down or if there is no available electrical power for whatever reason, converted bicycles can be a major source of efficient human-powered energy. Let’s look at a few methods of harnessing pedal power to drive a number of devices, including water pumps, sewing machines and more

A bicycle can be converted to power a water pump capable of transporting 10 liters of water per minute. The pump could be made from bicycle parts, an old belt-driven water pump and other scrap materials found around this resourceful Irish couple’s off-the-grid home.

Threshing wheat or other types of grain can pose a real challenge for an off-the-grid farmer.

Here’s an innovative solution that uses pedal power to drive a portable threshing machine that can be used indoors or in the field:

Here’s an example of how pedal power can be used to drive a sewing machine:

Not only can pedal power be harnessed to directly power many types of machines, converted bicycles can also be used to generate electricity, which can be stored in batteries. In this next video, you’ll see a few more clever applications of bicycle power, including a very simple design for a friction-drive water pump, a blender and an electrical generator used to charge a battery:

Human-powered machines make sense, not only in an emergency but in everyday situations – especially for people who would like to become independent of the power grid. The positives of using pedal power are many and the drawbacks are few. And the health benefits of using human power are obvious – using a bicycle-powered water pump, for instance, is a great form of exercise as well as a being a practical solution for off-the-grid living.

Bicycle power is efficient, good for the environment and beneficial for health. With a little creativity, you should be able to come up with your own applications for pedal power. Almost anything that can be done with an electric motor can also be accomplished using bicycle power.

As you can see, the humble bicycle could easily prove to be one of your essential tools for survival in a TEOTWAWKI scenario.

This article has been written by James Armstrong for Survivopedia.

James Armstrong is a freelance writer, musician and photographer. Born in East Texas, he has traveled extensively and lived in many and varied places, both in the US and abroad. He currently resides in Europe. A self-styled philosopher and freethinker, James holds no political affiliations and encourages those he comes in contact with to think for themselves and to become free of mass media manipulation.

8 Multipurpose Items to Use for Off-Grid Survival