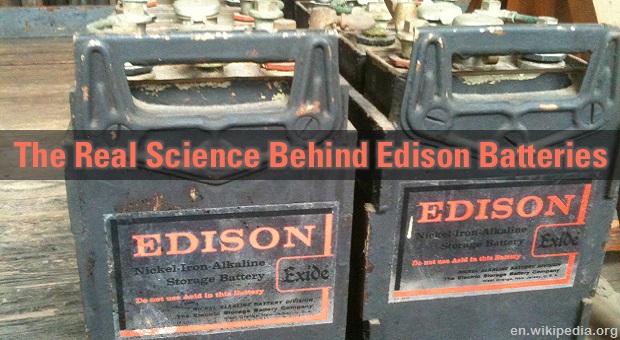 Even if you currently believe you can do without modern electronic devices, you are sure to reach a point where you realize that some gadgets such as thermostats, tractors, and medical equipment are critical if you want to live safely and comfortably.

In many cases, the most vital electronic devices may draw large amounts of power or require a steady supply to function properly. While solar, wind, water, and magnetic generation methods can deliver power, batteries or other storage devices will be important for managing excess power as well as smoothing out electricity delivery amounts. You can try using Edison batteries for this purpose as well as consider other power storage options.

What is an Edison Battery?

Essentially, the Edison Battery is a rechargeable battery. It uses iron and nickel plates covered by a solution of potassium hydroxide, which acts as an electrolyte. Even though this battery was patented by Thomas Edison in 1901, there are older, and far more efficient rechargeable batteries developed by other inventors.

For example, fore runners of the Nickel-Cadmium (NI-CD) batteries commonly used today were originally invented in 1899 by Waldemar Junger. He was a Swedish inventor that tried, and then dismissed the usage of iron in batteries in 1897.

Nevertheless, Junger has patents for his version of the “Edison Battery” going all the way back to 1897. As with many other things “invented” by Edison, other brilliant scientists either paved the way for his progress or simply got lost in the pages of history because Edison holds the patents here in the United States. 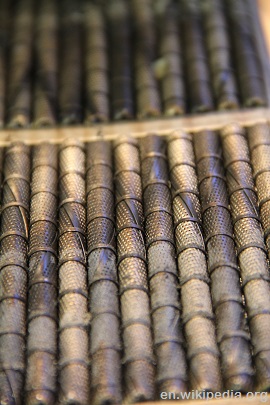 When it comes to off grid survival, there are only two advantages to using an Edison Battery. First, these are the only rechargeable batteries that can withstand recharging on a daily basis. In fact, many people today that generate power from windmills rely on Edison Batteries because they do not break down for years on end.

Unlike other rechargeable batteries, Edison Batteries are much cheaper to make. Iron and nickel are both readily available when compared to cadmium and other metals used in modern rechargeable batteries. In a time of crisis, you may be able to create your own Edison batteries if you have access to a good junk yard or other sources of used metal. Once you know all the steps to building these batteries, you can have a reliable method for storing electricity generated by other devices.

Many people getting involved in the green revolution are concerned about avoiding adding more toxins to the environment. Since Edison Batteries are lead free, they are far safer than other rechargeable batteries on the market. When combined with lifespans of over 30 years, Edison batteries tend to be favored by people that want a battery that lasts for decades without a high cost to the environment.

Finally, Edison Batteries have a reputation for being able to withstand just about any temperature. They are also resistant to failing in applications where large amounts of vibration would cause damage to other batteries. As a result, they are commonly used in mines, trains, and other applications where having at least some functionality is more important than overall efficiency.

While Edison Batteries can be recharged many times; the charging process must occur slowly. If you happen to have, or develop high output solar panels or wind turbines, it is possible that these batteries will not be able to absorb the electricity fast enough.

Some other problems include:

Most Edison Batteries purchased for off gridding and green energy are made in China. You can expect to pay anywhere from $1,000 to almost $10,000 for 12v Edison Batteries sold in the United States. Batteries made in China may be cheaper, and will most likely work just as well as ones made in other countries. Before purchasing these batteries, you should know where they are manufactured so that you can be sure of getting the best deal.

As you may be aware, many people building DIY solar and wind power systems use old vehicle batteries for power storage. While lead batteries can contribute to pollution, they can still last for years on end and be recharged with acid as needed.

It is also important to note that capacitors can also act as storage devices for electricity, and be able to hold, or increase the voltage for years on end. Looking at your options and applying some creative thought to power storage needs is likely to show a solution that is cheaper, and perhaps better than using Edison Batteries.

That being said, if you happen to have some extra money in your budget, it won’t hurt to experiment with this battery type to see if it works for your needs.

Overall, there is no question that Edison Batteries play a key role in providing power for mines, forklifts, trains, and other applications where less expensive batteries tend to fail. On the other hand, it is not entirely clear that this type of battery will serve as an effective means to store power in a post crisis scenario.

Perhaps it is fair to say that if you know how to store and discharge these batteries properly, they can certainly enhance your chance of surviving a crisis without losing the use of important electronic devices.

Saltwater Battery Can Power Your Off Grid Home For 10 Years