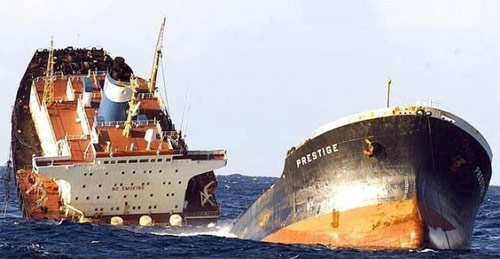 With the price of oil hovering around $44 and U.S. oil inventories at record highs the general consensus is that the economy will soon see a boost in consumer spending as Americans will take their gas savings and spend it at retail stores.

But there’s a lot more going on with oil on a geo-political scale than can be pumped into a 30-second propaganda soundbite from financial pundits and talking heads. While lower prices may seem like a boon for the American economy, what’s been missing from mainstream assessments are the fundamental data points that show just how serious a problem we may be facing.

As you’ll see in the succinct breakdown by Future Money Trends in the micro-documentary below, we’ve got some big problems coming our way. It all starts with the fact that debt in the energy sector over the last six years has exploded to $1.7 Trillion on the hopes that oil would continue to trade at around $80 to $100. As we know, that’s no longer the case, which means that all of the companies who took out large loans are no longer able to service their debt.

The end result will be widespread defaults in the oil industry. It’s a recipe for disaster and one that will likely play out right before our eyes in coming months.

In the context of current central bank money printing, deflation scares and currency wars; this could cause the most destructive economic situation since the Great Depression. We could see the oil price spike and crash in wild swings of volatility; further scaring already timid capital markets and destroying any thoughts of economic recovery. This will be felt the worst in the United States.

Oil Wars: A sobering assessment of what may be coming in the very near future

Multi-billion dollar companies like Sanchez Energy and Goodrich Petroleum crashed 80 and 90% since June 2014. Not only will our energy sector be drastically cut down, the rest of the economy may suffer even more. We’ve created financial structures that only function properly under conditions of constant economic growth. The financial system almost went out of control in 2008.

For the first time in 18 years, oil exporters are pulling liquidity out of world markets rather than putting money in. The world is now fast approaching a world reserve currency shift. If we see 8 to 12 months at these oil prices; U.S. shale industry will be wiped out. The effect on junk bonds will cascade to the rest of the stock market and U.S. economy.

…and this time there will be nothing left to catch the falling knife before it hits the American economy right in the heart. Not the FED nor the U.S. government can stop what’s coming. Liquidity will freeze up, our credit will be downgraded, the stock market will start to collapse, and then we can expect the FED to come in and hyper-inflate the dollar. This will cause the world to finish abandoning the world reserve currency in the last rungs of trade. This will be the end of the petrodollar.

While lower gas prices have been great for Americans historically, we are now facing a completely different animal because so much debt is tied to an industry that believed it was unstoppable.

We have literally hundreds of thousands of layoffs being predicted across the sector and many analysts are forecasting recessionary environments in states like Texas that are most dependent on the oil boom. Layoffs will have an almost immediate impact on local economies, as well as an already fragile real estate market.

Couple that with the panic that will undoubtedly come when big oil companies start closing up shop and can no longer pay those hundreds of billions of dollars in debts, and you can see how this could well be the trigger for a serious meltdown in global financial markets and debt instruments.

Follow Future Money Trends for news updates, interviews with leading contrarian thinkers, market analysis and regularly produced micro-documentaries like the one you viewed above.