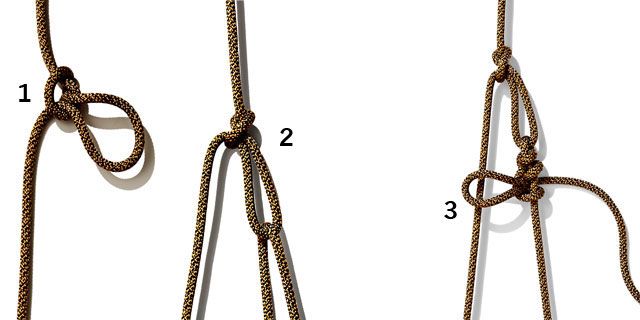 The Trucker Hitch is an impressive knot that is comprised of two very basic knots .  The name comes from its use in the transportation industry when tying and securing heavy loads.  It can be used to tie down a load using rope with crushing force.  It is the ratcheting strap of the knot world.  I use the Trucker Hitch to secure my kayak to the roof rack on my truck.  In survival, I primarily use it when setting a rope shelter ridgeline or when sleeping in a hammock.  However, it is extremely useful, whenever the need may arise, to stretch a rope very tightly between or across two anchor points.  While the Taut Line Hitch is also a tensioning knot, the Trucker Hitch allows the user to tighten a rope with considerably more force (if that is necessary or desired).

To tie it, start with forming an overhand loop on the standing part of the rope. 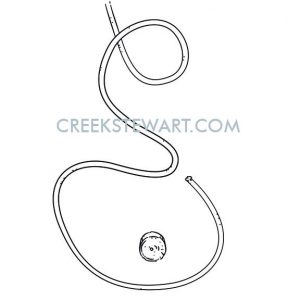 Then, pull a bight from the working end up through the loop.  This creates a slippery overhand loop. 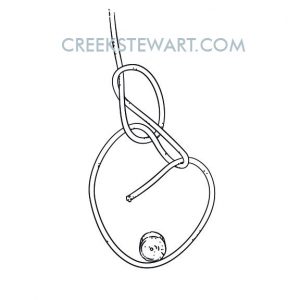 Next, run the working end around an anchor point, such as a tree.  Note that pulling the working end too hard during this step will result in undoing the slippery overhand loop, so care must be taken here.  This is why it’s called “slippery”.  The working end should then be run through the slippery loop, pulled tight, and then secured with two Half Hitches. 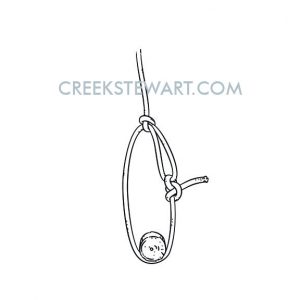 Pinching the line on each side of the slippery overhand loop will allow for easier tying of the Half Hitches.

In a frictionless world, the design of the Trucker hitch allows for a 3 to 1 advantage when pulling a line tight.  As can be seen in the labeled diagram, every unit of force pulled on the working end results in three times that unit on the standing line.  The physics of this mechanical advantage is what allows the user to pull the standing line so tight between two objects.  Due to friction through the loop and around the anchor point, the mechanical advantage isn’t a true 3 to 1, but it’s still enough to tighten with impressive force that will rival even modern ratcheting straps.

I’ve also filmed a video about how to tie the Trucker Hitch.  You can watch it here:  http://www.creekstewart.com/trucker-hitch/

If you liked this tutorial and would like to earn 18 more of my favorite survival knots, consider my POCKET FIELD GUIDE: Survival Knots – VOL I.  It can be purchased anywhere books are sold for $6.99.