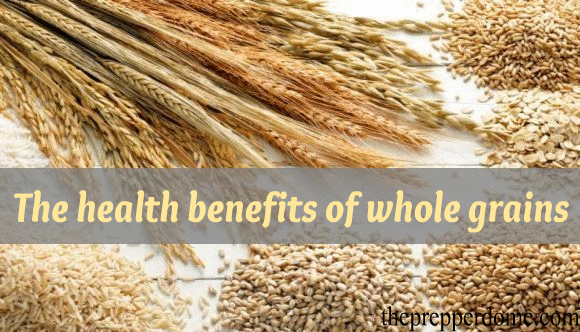 Eating whole grain foods reduces the risk of digestive disorders , heart disease , high cholesterol and blood pressure , diabetes , obesity and certain cancers. A whole grain contains all edible parts of the grain including the bran , germ  and endosperm . Whole grains are high in complex carbohydrates and fiber that help fill us up and delay hunger. Whole grains have both soluble and insoluble fiber , a key nutrient many of us are deficient in. 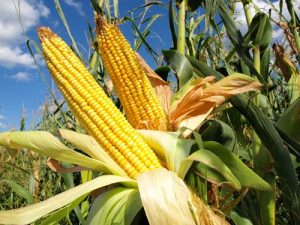 Like other cereals corn or maize is one of the most popular in the world including  USA .Corn or maize is a large-grained crop native to the Americas although it is a major food in many parts of the world . Its always good to consume fresh corn however frozen corn can also be used . It is most commonly used to feed livestock. Most of the corn in the U.S. is field corn .All types of corn come from the same genus and species of plant Zea mays . However  within this genus and species there are well over 100 subspecies and varieties.Each of these varieties contains its own unique health-supportive combination of antioxidant phytonutrients . Corn is typically yellow  but comes in a variety of other colors such as  white,  blue, purple and red corn .For some people corn is a “staple” food that provides the foundation for tortillas, burritos or polenta .

Many industrial varieties of corn are genetically modified for resistance to the herbicide and some strains have been genetically engineered for greater drought tolerance .Popcorn and sweet corn are commonly eaten varieties  but refined corn products are also widely consumed  frequently as ingredients in foods.

Corn not only provides the necessary calories for healthy  but is also a rich source of vitamin A , B , E and many minerals .Corn is mainly composed of carbohydrates and has small amounts of protein and fat. Corn contains higher amounts of antioxidants than many other common cereal grains .Sweet corn also known as sugar corn is a special low-starch variety (28%) with a higher sugar content (18%)  most of which is sucrose . Depending on the corn variety  the protein content ranges from 10-15%. Corn germ an abundant side-product of corn milling  is rich in fat and used to make corn oil  commonly used for cooking .Corn oil also contains significant amounts of vitamin E . It is also a key ingredient in some margarines and is less expensive than most other types of vegetable oils .Other industrial uses for corn oil include soap , salve , paint and inks . It is also a feedstock used for biodiesel . 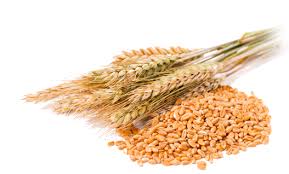 It originated in southwestern Asia  but today it is grown in countless countries .Over the years it has shown itself to be one of the most successful and sustainable cereals crops in the world .In 2016  world production of wheat was 749 million tonnes making it the second most-produced cereal after maize . World production of wheat and other grain crops has tripled and is expected to grow further through the middle of the 21st Century . Wheat is the leading source of vegetal protein in human food and  is a source of multiple nutrients and dietary fiber .White and whole wheat flour are key ingredients in baked goods  such as bread . Whole-grain wheat can be a rich source of various antioxidants , vitamins , minerals  and fibers .

The health benefits of wheat greatly depends on the form in which you consume it .If you select 100% whole wheat products  the bran and the germ of the wheat will remain in your meals and the health benefits will be impressive .It may improve digestive health and help prevent colon cancer .Wheat germ has an abundance of vitamins B, E, B6 and minerals like manganese , magnesium and zinc .The wheat germ oil improves strength and increases life span .The seeds are used for useful for treating gastrointestinal conditions, skin diseases, respiratory illnesses and it is also known to help balance cholesterol levels and protect the heart . 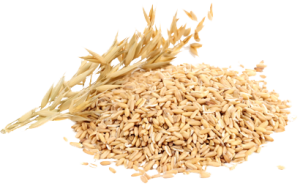 While oats are suitable for human consumption as oatmeal and one of the most common uses is as livestock feed .Oats are best grown in temperate regions. They have a lower summer heat requirement and greater tolerance of rain than other cereals such as wheat , rye or barley .Oats have numerous uses in foods most commonly  they are rolled or crushed into oatmeal or ground into fine oat flour .  Oat bread was first manufactured in Britain in 1899 .

Oats are also commonly used as feed for horses when extra carbohydrates  in energy are required .The oat hull may be crushed for the horse to more easily digest the grain or may be fed whole .

Oats are loaded in dietary fiber  more than any other grain and have a range of healthy cholesterol-lowering properties.Oats contain a wide range of nutrients like fiber, vitamin E  which make them top the healthy food charts  and are also a rich source minerals like manganese , selenium , phosphorus , magnesium and zinc .The antioxidants present in oats are beneficial for heart disease and can improve blood sugar control .Oats may play an important role in improving satiety , diet quality and digestive , cardiovascular and general metabolic health . 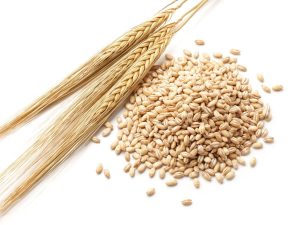 In the 16th century the Spanish introduced barley to South America  while the English and Dutch settlers of the 17th century brought it with them to the United States. Barley is a major cereal grain commonly found in bread, beverages and various cuisines and grown in temperate climates globally and it  is a widely adaptable crop.  It was one of the first cultivated grains in history and remains one of the most widely consumed grains .It is currently popular in temperate areas where it is grown as a summer crop .Barley has a short growing season and is also relatively drought tolerant .Barley has been used as animal fodder and a source of fermentable material for beer . It is used in soups , stews and in barley bread of various cultures .Barley beer was probably one of the first alcoholic drinks developed by humans .

Eating whole-grain barley as well as other grains with lots of fiber improves regulation of blood sugar from rising too high in people with diabetes .Health and nutrition professionals recommend eating more fruits , vegetables and whole grains due in part to the healthful high-fiber nature of these foods .Like all plant foods barley is naturally cholesterol-free and low in fat .

Barley contains several vitamins B1 ,B3 and minerals including iron, magnesium, zinc, phosphorus and copper .Increasing consumption of plant foods like barley decreases the risk of obesity , diabetes and heart disease . Copper another trace mineral supplied by barley  may also be helpful in reducing the symptoms of rheumatoid arthritis .

Grains provide many nutrients that are vital for the health and maintenance of our bodies .Eating whole grains may help with weight management .Making whole grain foods a part of your everyday diet is a great start at leading a heart healthy lifestyle.

Garlic: A Natural Medicine for the Prepper’s Medicine Chest