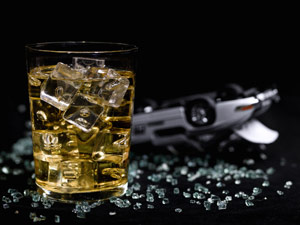 If you are caught driving while intoxicated and happen to be an American citizen then you’re going to be arrested, fined, and potentially jailed – and rightfully so, as by driving under the influence of alcohol or drugs you are putting the lives of others in danger when you drive on public roads.

But, as we’ve come to learn in recent years, if you are an undocumented alien who has entered this country illegally, the laws don’t really apply to you. You not only get to break the law by entering the United States without authorization, but you also get free health care, housing, food and tax refunds even if you falsified your employment paperwork.

Though all of the afformentioned benefits have crossed the line as many hardworking Americans struggle to make ends meet for their own families while also paying for the free ride being given to illegal immigrants, the latest move by the Obama administration is nothing short of outrageous.

It is not only a slap in the face to Americans who are fed up with what are essentially two different legal systems, the new policy will result in the deaths of countless Americans.

According to Judicial Watch, the Obama administration has ordered all Border Patrol agents to stop apphrehending illegal aliens who have been detained for drunk driving.

Yes, you read that correctly.

Not only are illegal aliens being released and their violations of U.S. immigration law being ignored, but now, even if they are hammered drunk the Border Patrol has been advised to let them go on their way while under the influence.

Obtained by Judicial Watch this week, the notice is titled “Enforcement Options With Alcohol-Impaired Drivers” and directs the 4,000-plus U.S. Border Patrol agents in the Tucson, Arizona sector to “release” individuals under the influence and “allow them to go on their way.”

The document acknowledges that this feels counter-intuitive for Border Patrol agents, but eases concerns by answering a hypothetical question for the officers who have sworn to uphold the law: “If you allow this driver to continue down the road and they kill someone, aren’t you liable?” The answer is no, according to the new Department of Homeland Security (DHS) memo. “There is no legal requirement for a Border Patrol agent to intervene in a state crime, including DUI,” the order says, adding that “therefore there is generally no liability that will attach to the agent or agency for failing to act in this situation.”

Great, so when concerned Border Patrol officers let someone go, they don’t have to worry about being sued by the family of the individuals that will inevitably be killed by drunk drivers who are set free to roam the streets of America.

This preposterous order has not been well received by agents, according to Judicial Watch’s sources inside the agency.

It’s beyond belief that the Obama administration has asked the federal officers tasked with this important duty to turn the other way when they encounter a drunk driver.

Border Patrol agents are appalled by the new law for good reason. They understand that their loved ones will be using the same streets as drunk drivers and it’s only a matter of time before scores of people die as a result of the Obama administration’s asinine policies.

As an American caught driving under the influence, says Karl Denninger, “you’re going to jail and will be forking up ten grand or more, lose your license for a year, lose your job, and forevermore have a nice big black mark on your record.”

But if you’re an individual who has entered this country illegally?

“Be on your way sir, and have a nice evening!”

The Truth: It’s Not a Bunch of “Anti-Vaxxers” That Caused The Measles Outbreak… It’s Illegal Invaders

Watch: How Liberals React When Asked to House An Illegal Immigrant Child In Their Homes