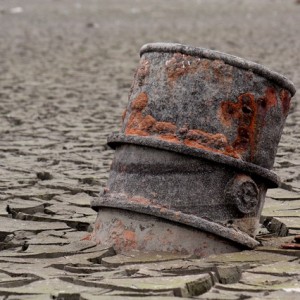 This is just the beginning of the oil crisis. Over the past couple of weeks, the price of U.S. oil has rallied back above 50 dollars a barrel. In fact, as I write this, it is sitting at $52.93. But this rally will not last. In fact, analysts at the big banks are warning that we could soon see U.S. oil hit the $20 mark. The reason for this is that the production of oil globally is still way above the current level of demand. Things have gotten so bad that millions of barrels of oil are being stored at sea as companies wait for the price of oil to go back up. But the price is not going to go back up any time soon. Even though rigs are being shut down in the United States at the fastest pace since the last financial crisis, oil production continues to go up. In fact, last week more oil was produced in the U.S. than at any time since the 1970s. This is really bad news for the economy, because the price of oil is already at a catastrophically low level for the global financial system. If the price of oil stays at this level for the rest of the year, we are going to see a whole bunch of energy companies fail, billions of dollars of debt issued by energy companies could go bad, and trillions of dollars of derivatives related to the energy industry could implode. In other words, this is a recipe for a financial meltdown, and the longer the price of oil stays at this level (or lower), the more damage it is going to do.

The way things stand, there is simply just way too much oil sitting out there. And anyone that has taken Economics 101 knows that when supply far exceeds demand, prices go down…

Oil prices have gotten crushed for the last six months. The extent to which that was caused by an excess of supply or by a slowdown in demand has big implications for where prices will head next. People wishing for a big rebound may not want to read farther.

Goldman Sachs released an intriguing analysis on Wednesday that shows what many already suspected: The big culprit in the oil crash has been an abundance of oil flooding the market. A massive supply shock in the second half of last year accounted for most of the decline. In December and January, slowing demand contributed to the continued sell-off.

At this point so much oil has already been stored up that companies are running out of places to put in all. Just consider the words of Goldman Sachs executive Gary Cohn…

“I think the oil market is trying to figure out an equilibrium price. The danger here, as we try and find an equilibrium price, at some point we may end up in a situation where storage capacity gets very, very limited. We may have too much physical oil for the available storage in certain locations. And it may be a locational issue.”

“And you may just see lots of oil in certain locations around the world where oil will have to price to such a cheap discount vis-a-vis the forward price that you make second tier, and third tier and fourth tier storage available.”

[…] “You could see the price fall relatively quickly to make that storage work in the market.”

The market for oil has fundamentally changed, and that means that the price of oil is not going to go back to where it used to be. In fact, Goldman Sachs economist Sven Jari Stehn says that we are probably heading for permanently lower prices…

The big take-away: “[T]he decline in oil has been driven by an oversupplied global oil market,” wrote Goldman economist Sven Jari Stehn. As a result, “the new equilibrium price of oil will likely be much lower than over the past decade.”

So how low could prices ultimately go?

As I mentioned above, some analysts are throwing around $20 as a target number…

The recent surge in oil prices is just a “head-fake,” and oil as cheap as $20 a barrel may soon be on the way, Citigroup said in a report on Monday as it lowered its forecast for crude.

Despite global declines in spending that have driven up oil prices in recent weeks, oil production in the U.S. is still rising, wrote Edward Morse, Citigroup’s global head of commodity research. Brazil and Russia are pumping oil at record levels, and Saudi Arabia, Iraq and Iran have been fighting to maintain their market share by cutting prices to Asia. The market is oversupplied, and storage tanks are topping out.

A pullback in production isn’t likely until the third quarter, Morse said. In the meantime, West Texas Intermediate Crude, which currently trades at around $52 a barrel, could fall to the $20 range “for a while,” according to the report.

Keep in mind that the price of oil is already low enough to be a total nightmare for the global financial system if it stays here for the rest of 2015.

If we go down to $20 and stay there, a global financial meltdown is virtually guaranteed.

Meanwhile, the “fracking boom” in the United States that generated so many jobs, so much investment and so much economic activity is now turning into a “fracking bust”…

The fracking-for-oil boom started in 2005, collapsed by 60% during the Financial Crisis when money ran out, but got going in earnest after the Fed had begun spreading its newly created money around the land. From the trough in May 2009 to its peak in October 2014, rigs drilling for oil soared from 180 to 1,609: multiplied by a factor of 9 in five years! And oil production soared, to reach 9.2 million barrels a day in January.

It was a great run, but now it is over.

In the months ahead, the trickle of good paying oil industry jobs that are being lost right now is going to turn into a flood.

And this boom was funded with lots and lots of really cheap money from Wall Street. I like how Wolf Richter described this in a recent article…

That’s what real booms look like. They’re fed by limitless low-cost money – exuberant investors that buy the riskiest IPOs, junk bonds, leveraged loans, and CLOs usually indirectly without knowing it via their bond funds, stock funds, leveraged-loan funds, by being part of a public pension system that invests in private equity firms that invest in the boom…. You get the idea.

As all of this bad paper unwinds, a lot of people are going to lose an extraordinary amount of money.

Don’t get caught with your pants down. You will want your money to be well away from the energy industry long before this thing collapses.

And of course in so many ways what we are facing right now if very reminiscent of 2008. So many of the same patterns that have played out just prior to previous financial crashes are happening once again. Right now, oil rigs are shutting down at a pace that is almost unprecedented. The only time in recent memory that we have seen anything like this was just before the financial crisis in the fall of 2008. Here is more from Wolf Richter…

In the latest reporting week, drillers idled another 84 rigs, the second biggest weekly cut ever, after idling 83 and 94 rigs in the two prior weeks. Only 1056 rigs are still drilling for oil, down 443 for the seven reporting weeks so far this year and down 553 – or 34%! – from the peak in October.

Never before has the rig count plunged this fast this far:

What if the fracking bust, on a percentage basis, does what it did during the Financial Crisis when the oil rig count collapsed by 60% from peak to trough? It would take the rig count down to 642!

But even though rigs are shutting down like crazy, U.S. production of oil has continued to rise…

Rig counts have long been used to help predict future oil and gas production. In the past week drillers idled 98 rigs, marking the 10th consecutive decline. The total U.S. rig count is down 30 percent since October, an unprecedented retreat. The theory goes that when oil rigs decline, fewer wells are drilled, less new oil is discovered, and oil production slows.

But production isn’t slowing yet. In fact, last week the U.S. pumped more crude than at any time since the 1970s. “The headline U.S. oil rig count offers little insight into the outlook for U.S. oil production growth,” Goldman Sachs analyst Damien Courvalin wrote in a Feb. 10 report.

Look, it should be obvious to anyone with even a basic knowledge of economics that the stage is being set for a massive financial meltdown.

This is just the kind of thing that can plunge us into a deflationary depression. And when you combine this with the ongoing problems in Europe and in Asia, it is easy to see that a “perfect storm” is brewing on the horizon.

Sadly, a lot of people out there will choose not to believe until the day the crisis arrives.

By then, it will be too late to do anything about it.

The post Why The Price Of Oil Is More Likely To Fall To 20 Rather Than Rise To 80 appeared first on The Economic Collapse.