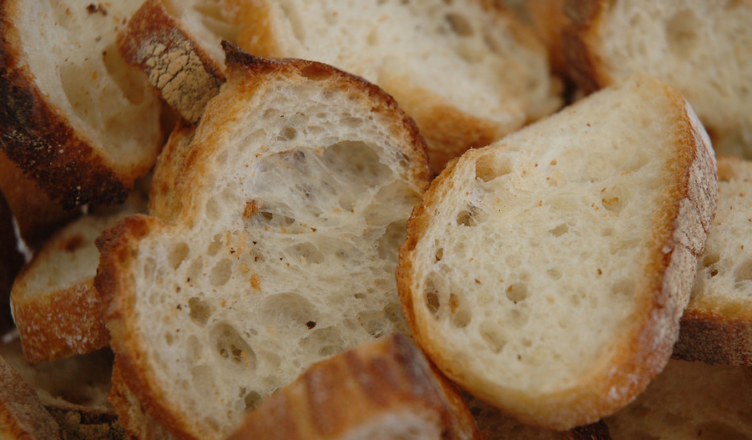 Canned foods are the prepper’s go-to foods for a good reason; they’re affordable and keep for a long time, making them easy to stockpile for months or even years. One food that’s just right for prepping but is often overlooked is bread, that classic and common food in homes all over the world.

Though it’s a versatile food that adds variety to any prepper’s food supply, it’s not known for its long shelf life. There are two types of bread that are perfect for prepping: hardtack bread and matzo bread. According to OffTheGridNews.com, these breads are the best when it comes to shelf life, albeit they’re not the most typical breads around. They’re relatively simple to make too.

It may be more like a thick, rock-hard cracker than anything else, but hardtack is a prepper’s best friend. The shelf life of hardtack is such that a that a piece of hardtack from the Civil War was found to be well preserved and edible, stated HappyPreppers.com. To make your own hardtack bread, you would need five cups of flour, two cups of water, and three teaspoons of salt.

Combine all the ingredients until you get a fairly dry mixture. Roll out the dough to a half-inch thickness and cut into three-by-three-inch squares. Poke holes into both sides of the dough. Place on an ungreased baking sheet and cook for 30 minutes on each side at 375-degrees Fahrenheit.

When done, leave it dry and harden for a few days in an open space. You’ll know it’s done when its consistency is similar to a brick. Store it in an airtight container until needed.

To eat, just soak it in milk or water for 15 minutes, then fry in a buttered skillet.

Like hardtack, matzo bread is also cracker-like. Unlike hardtack, it doesn’t need to be soaked to be eaten. It will keep for up to two years. You would need: one cup all-purpose flour, three cups water (you can add more if needed), 1/2 teaspoon Kosher salt, and one teaspoon olive oil.

Preheat a heavy baking sheet in the oven; move an over rack near the oven top and preheat that as well. Use a teaspoon of flour to dust a clean work surface and a rolling pin. Set a timer for 16 minutes. Place the remaining flour into a bowl and pour in the water a teaspoon at a time. Stir the dough with a fork until a ball is formed. Move the dough ball to the work surface and knead until smooth, about 30 seconds to a minute.

Divide the dough into four pieces then halve these pieces until you get eight pieces in total. Roll each piece into a ball and then a five-inch pancake. Gradually roll these, from the center out, until you get large, thin bread rounds. Pierce the bread pieces with a fork 25 times on each side to prevent rising.

Remove the baking sheet from the oven and place the rounds onto the baking sheet, which should then be placed on the rack. Bake on one side for two minutes, flip the bread, then bake for another two minutes until the matzo bread has turned crisp and light brown.

Whether you go for hardtack bread or matzo bread, you’ll have a great prepper food supply in your home.

Prepper recipes: How to make hardtack, a long-lasting survival food

The Six Enemies of Your Doomsday Stockpile