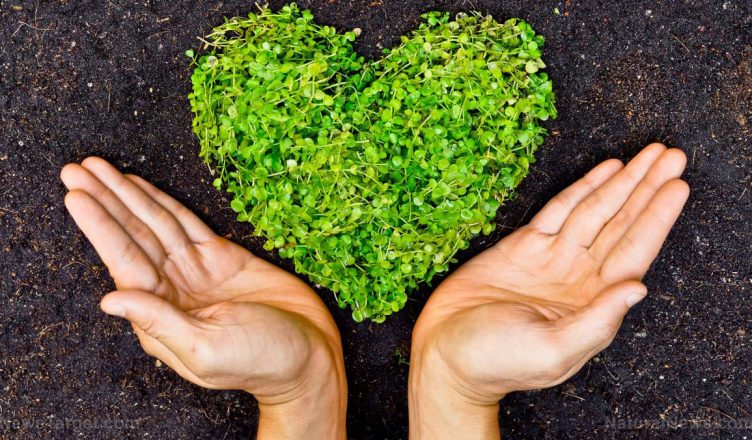 The art of climate fear mongering is rooted in the ability to terrorize the population over threats that hardly matter at all while completely ignoring the REAL threats to our global ecosystem.

Isn’t it interesting how people who shudder in fear over President Trump pulling out of the Paris climate treaty say nothing about Fukushima radiation and the mass pollution of the Pacific Ocean with radionuclides?

Here, I’ve created a short list of ten REAL threats to the environment that are largely ignored by climate change advocates, even when they pose an immediate and serious risk to life on our planet. The next time a climate change cultist berates you and claims you must stop driving you car because the oceans might rise a few inches by the year 2100, remind them that the things listed below are killing life across our planet right NOW.

Where is the media alarm over all these threats to life? It’s practically non-existent.

Mass die-offs in the Pacific Ocean are now commonplace. Toxic fuel rods have melted through the floor of the Fukushima-Daiichi containment building, and radioactive isotopes continue to spill into the Pacific. Six years after the Fukushima accident, the Japanese government still can’t even locate the fuel rods. A containment pool sits ready to be ruptured by the next earthquake or tidal wave, and we’re told the Fukushima cleanup could take 100 years or more. Yet the willfully ignorant mainstream media pretends that nothing happened at Fukushima, even absurdly claiming there was “never a meltdown.”

Environmentalists are thrilled to attack America’s coal industry, but they give a free pass to China’s incredibly toxic industrial pollution that contaminates the entire Northern hemisphere with heavy metals and particulate pollution. Somehow, China is never called to task for its insane levels of pollution, while the United States has been forced to shut down coal-fired power plants that are orders of magnitude cleaner than China’s toxic coal plants.

If you concentrate all the toxins from human and industrial waste, you get a nasty sludge product called “biosludge.” This product, produced by EVERY city in the United States, is dishonestly re-labeled “fertilizer” and spread on farm fields and dairy forage fields all across America. Nobody seems to be aware of this, which is why I’ve announced an upcoming film called BIOSLUDGED, which will document this insane assault on our environment. Every single environmentalist I’ve talked to about this issue was totally unaware of this practice.

No, ever contrail in the sky is not an attack on humanity, but there are proven examples of geoengineering taking place. Climate change scientists at Harvard are even openly talking about spraying particulate matter into the atmosphere to block out the sun, and weather modification programs have been run by the U.S. government since 1953. Yet we’re still told it’s all a tin foil hat conspiracy theory. If it’s all harmless, why the cover-up?

The clear cutting of trees is without question one of the worst drivers of droughts, reduced snowfall on mountains and climate instability, yet environmentalists rarely point to the cutting of trees as a source of climate problems. Instead, they blame carbon dioxide, the very molecule that’s needed to regrow forests and re-green the planet. The answer to climate problems, it turns out, is largely found in supporting reforestation.

Almost nobody from the “environmental” movement ever talks about heavy metals contamination of our soils and foods. Instead, we’re told that carbon dioxide is the problem… but somehow lead and arsenic in rice crops doesn’t matter at all. This is yet another example of how “climate change” cultists are irrationally preoccupied with delusions while ignoring reality. In the real world, there is lead, arsenic, cadmium and mercury in the food supply right now! You are EATING toxic poisons, and many organic superfoods are contaminated beyond belief. It was just three years ago that my lab identified high levels of lead and mercury in the Garden of Life “RAW” rice protein products, which is why Garden of Life abandoned rice protein and switched to pea protein, by the way.

Isn’t it interesting how “climate” activists usually ignore the threat posed by GMOs which can spread genetic pollution? Somehow, all this concern about the environment almost never deals with the far more serious threat of genetic pollution from self-replicating organisms that might contaminate the world’s food crops. As much as I appreciate the anti-GMO activists, I keep asking: Where are the “environmentalists” when it comes to GMOs?

The mainstream media is heavily funded by the pharmaceutiucal companies, which explains why they never run investigative stories exposing the widespread environmental damage caused by Big Pharma’s toxic drugs. It’s not just the drugs you take that end up in the water supply, either: It’s also drug manufacturing operations that flush enormous quantities of toxic pharma chemicals down waterways, polluting rivers and oceans.

Isn’t it interesting how environmentalists are terrified of mercury in tuna fish but often say nothing at all about mercury being INJECTED into children in the form of Thimerosal, a common vaccine preservative? Similarly, you almost never hear environmentalists talking about the widespread pollution from mercury in dental fillings. Where are the marches against the American Dental Association for refusing to acknowledge the toxicity of mercury in “silver” fillings (which are 50% mercury, by the way, but dentists call them “amalgam” to hide the truth about their composition).

#10) Pesticides and herbicides in the food supply

On this point, you actually do hear environmentalists speaking out, but the media remains almost universally silent about this mass poisoning of the food supply. Somehow, we’re all supposed to be terrified of “climate change” while obediently eating pesticide poisons in our food, oblivious to the reality that we’re killing ourselves right now… never mind a hundred years down the road.

Conclusion: Mainstream “environmentalism” is driven entirely by politics, not scientific evidence of harm

Its advocates are bureaucrats, politicians, academic propagandists and “fake news” media mouthpieces. The label of “environmentalism” is used to oppress and control humans rather than solve genuine problems we face across our planet. Instead of acknowledging the threats of pesticides in our food, mercury in modern dentistry and toxic biosludge used as fertilizers on farms, we’re told that only “climate change” deserves our attention, even when its claims are utterly bogus and lacking all credible science in the first place.

If you want to be a real environmentalist, it turns out, you have to reject all mainstream propaganda and work to halt the real sources of pollution and environmental degradation, from mercury dental fillings to GMOs. Only then do you qualify as a true “conservationist” who cares about the planet. Everything else is just virtual signalling and hot air blabbery from ignorant conformists who want their friends to think they’re all about “green” when they’re really just obedient sheeple who repeat propaganda from “official sources.”