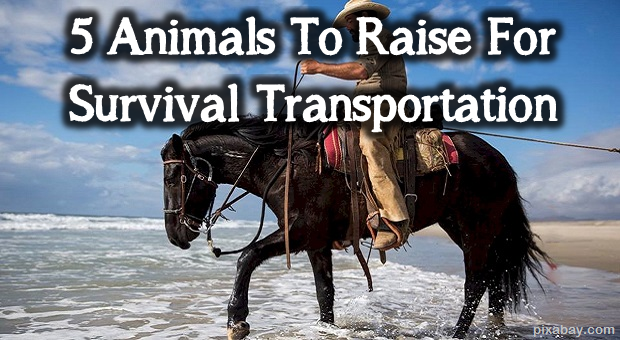 In another article, we wrote about the top animals to raise for survival. Now we’d like to talk about animals that you should raise or purchase in case you need to bug out quickly and need to go somewhere that a car or truck won’t go.

We understand that there is quite a bit of controversy over choosing animals instead of motorized vehicles but there are pros and cons to each.

Motorized vehicles require fuel in the form of gas, diesel or biofuel in order to keep running, but they’re much faster than animals. Animals are more agile and the only fuel that they require, at least in most cases, is a supply of grass and water. Of course, if you don’t live near places that are abundant in grass and water, then this is an issue.

However, if you do, then animals are a viable, dependable means of transportation. They do get tired and require rest, but so do you, so that cancels out that con. Since we’re all about diversity and having animals and objects that are multi-purpose, we’ve focused on animals that can be used for more than just transportation, when possible. 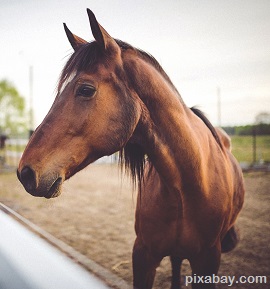 If you’re looking for an animal that’s fleet of foot and get you somewhere in a hurry, the horse is one of the top animals for doing so. If conditioned properly, they can cover many miles per day and are fairly easy to train so that they aren’t easily spooked by gunshots, flapping objects or even other animals.

In addition to being great for getting you somewhere in a hurry, they can also be used as pack animals and to pull a cart loaded with supplies. If you need a field plowed, horses can do that job as well. Unless you’re planning on breeding your own horses, a gelding (castrated male) is the best horse for escape.

Stallions (non-castrated males) tend to be more difficult to train and they have two things on their minds – breeding and eating, in exactly that order. They’re very territorial and wouldn’t make good mounts for kids or people who have little experience with horses. Mares (female horses) can be a bit moody. Geldings generally have a more even temperament and are easier to train.

Horses require only grass and water and can go all day before they need fed. Dried horse manure can be used as fuel to start and maintain a fire, though if you’re on the run, you’re not likely to stand in one place long enough for it to dry and be useful for this.

There’s an old saying that if a horse has 4 black hooves, buy it. If it has three black hooves, buy it, but if it has only one black hoof then pass it by. This is because horses with dark hooves (as opposed to white or light colored hooves) have sturdier feet that are less prone to cracking. This is critical because, as another old horse tale states, “no feet, no horse”. Once your horse goes lame, he’s useless to you, except as a food source.

It’s for this reason that many horses need shod in order to take rough terrain without cracking a hoof or getting a stone bruise on the bottom of their foot. If you want to have the sturdiest horse possible, look into adopting a mustang. You can often get foals from them that are easier to train than if you get an older mustang and to adopt one, you can expect to pay around $500-$700, whereas a domestic horse will cost you anywhere between $1000-$2000. 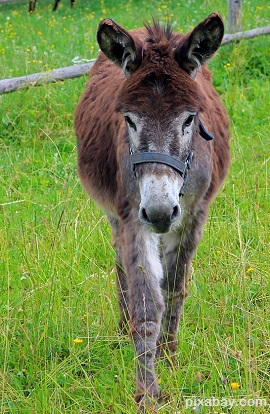 This is the animal that you really want to have around if you’re looking for a sturdy animal that is almost as fast as a horse without the foot issues (usually).

They are also known for their pulling power so you can use them for pulling a wagon, cart or plow. As with horses, they can be quite expensive but also have tremendous staying power and work well as pack animals, too.

Mules are territorial and will defend your property or a person against invading animals more readily than a horse will. They’re also much less prone to spooking.

There is a reason that there is a saying, “stubborn as a mule” though. Mules are intelligent and strong-willed. Once trained though, they are amazing animals to use for quick escape or to carry your packs. They have at least as much endurance as a horse and can carry a bit more than the average riding horse so if you’re thinking about an equine, compare the differences between mules and horses and decide for yourself.

One thing to remember about mules though is that they are sterile – you can’t breed one mule to another. Both hinnies (female mules) and mules (male mules) have difficulty making sperm or eggs and even when they do, their chromosomes don’t match up well because they’re a hybrid animal created by breeding a female horse (mare) to a male donkey (jack). 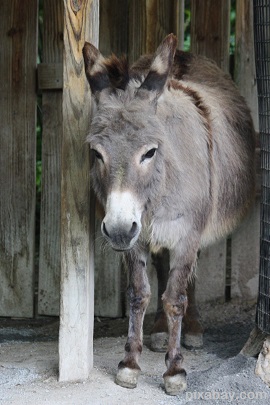 These hardy little animals are known for their sure-footedness and endurance. They are actually used to give people rides down into the grand canyon because of their ability to pick their way through rocky terrain without falling.

They’re small but can be used as riding animals as long as you’re not in a hurry.

They have amazing endurance and are great protective animals to watch over your herds.

They won’t back down from a fight with a coyote or wolf and will voraciously use their hooves and teeth to kill animals that want to have one of your sheep for dinner. They also bray to let you know that there’s an intruder.

Donkeys can also be used to pull small carts. With the exception of speed, donkeys have very few downsides; their smaller size requires less food and they can go practically forever. They’re also used as companion animals for horses, mules and just about any other critter. 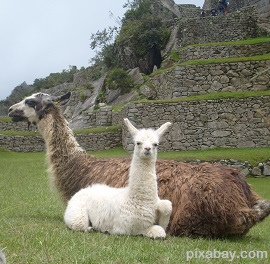 Llamas are great animals for transportation in a survival situation because they can carry large amounts of weight with no issues.

They’re also protective of other animals as well as “their” people and are almost as good as a dog when it comes to property defense, without the legal issues. They offer large amounts of wool that can be spun into yarn, used for stuffing or traded.

Llamas are also surprisingly easy to keep and don’t eat as much as a horse or mule.  The downside to a llama is that, even though they make good pack animals, they’re not suited to riding because they can’t carry much more than a small child. Adults weigh too much. 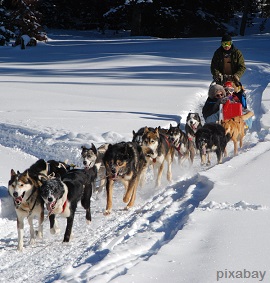 We felt it only fair to mention dogs as a means of transportation and utility because, if you live in a cold climate that has a lot of snow, dogs can pull sleds with quite a bit of weight on them.

They can, of course, protect your person and your property but may be prone to eating your chickens.

The downsides to using dogs for transportation is that they’re only good in snow and they’re carnivores, which means that they’ll be cutting into your meat supply.

We hope that this article, combined with our other one, has given you some insight into what animals you may want to consider raising for survival or for your homestead.

Do you have a different experience on raising transportation animals, or have other suggestions on this topic? If so, please feel free to share them with us in the comments section below!

2 thoughts on “5 Animals To Raise For Survival Transportation”